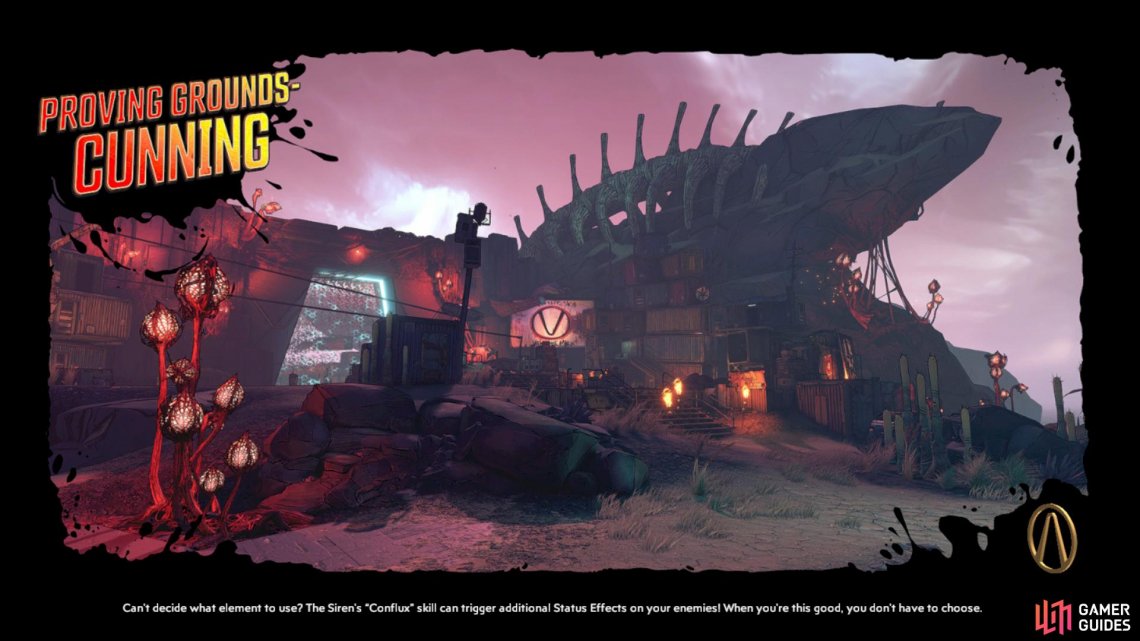 Even though this mission can be accepted at level 27, the enemies will be scaled up to your current level if you decide to accept it later on in the game.

Once you’ve accepted and completed the previous mission Discover the Trial of Cunning, head further into Ghostlight Beacon and speak with the Overseer to begin the challenge.

What are Eridian Proving Grounds?¶ 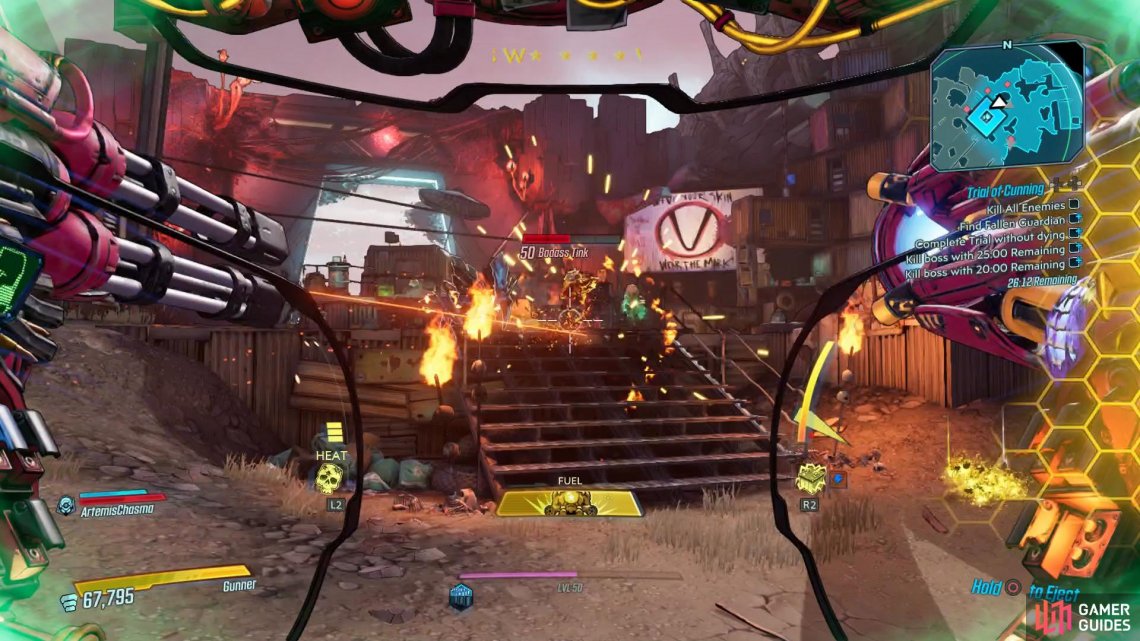 Badass Tinks are the largest threats here, their Shotguns blasts pack a punch.

After you’ve entered the trial you’ll face alot of enemies that include all varations of Tinks accompanied by the odd Hag here and there. As you’re fighting against Tinks, be on the constant lookout for any Sentries that may get installed, these are the largest threat here as two or three of them will quickly shred your Health if you’re not careful. It also goes without saying, but prioritize any Badass Tinks that spawn, they can throw multiple Grenades at a time and their Shotgun blasts hurt. Finally, as you reach the depths of the area, you’ll begin encountering Hags, these should all be targets of note and you should focus them down whenever one appears. 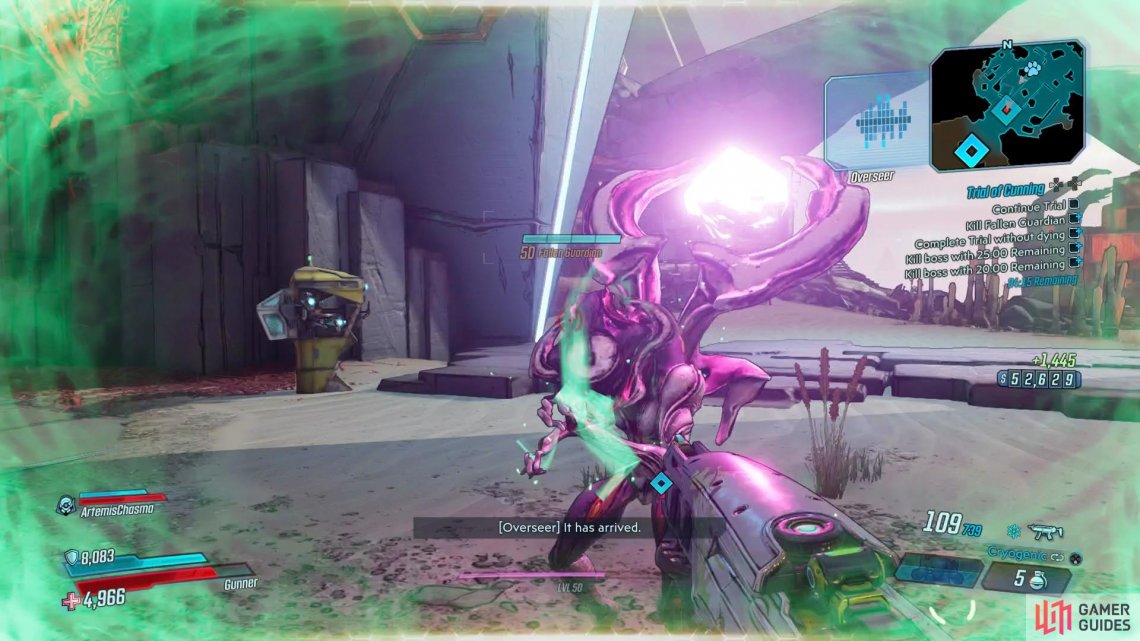 Keep an eye out for the Fallen Guardian that spawns near the barrier. 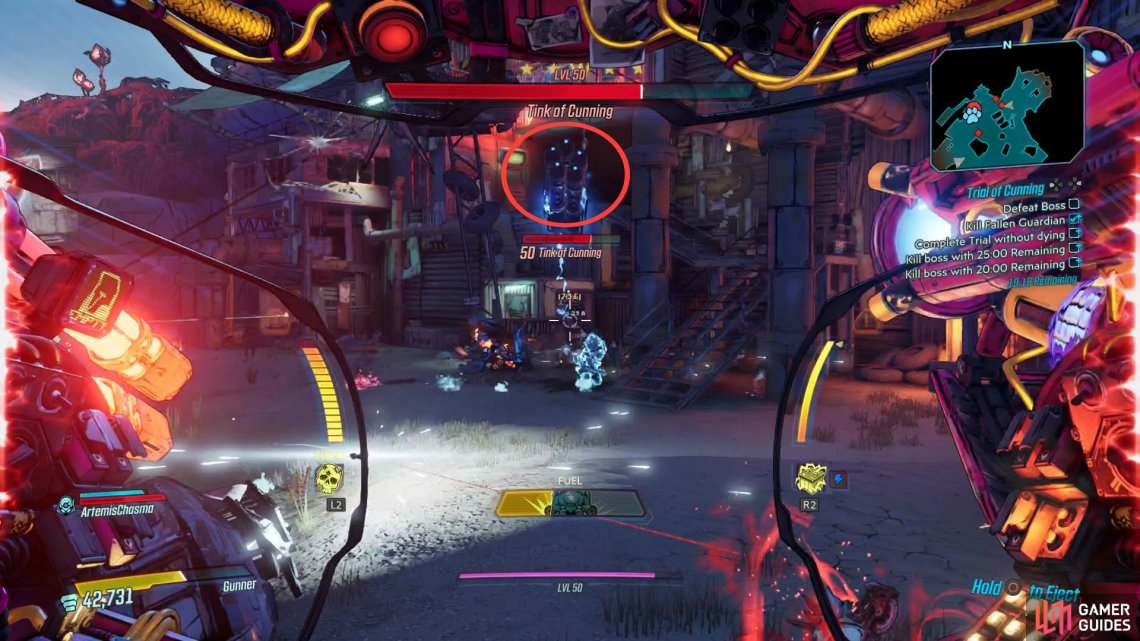 This boss is rather unremarkable save for it’s ability to throw objects such as this.

Once you’ve cleared all the enemies out of the previous areas you’ll eventually come to an area where you’ll have to drop down to go head to head with Tink of Cunning, the boss of this Eridian Proving Ground.

The Tink of Cunning is a rather unremarkable boss, almost operating very similar to a typical Badass Tink. You’ll have to deal with lots of Grenades and powerful Shotgun blasts but this should pose little threat at this stage. The biggest threat here however is the Tink of Cunning’s ability to toss objects at you, which increase in size as the battle goes on. These will inflict massive damage but they’re easy to avoid by jumping to the side and they’re hard to miss. 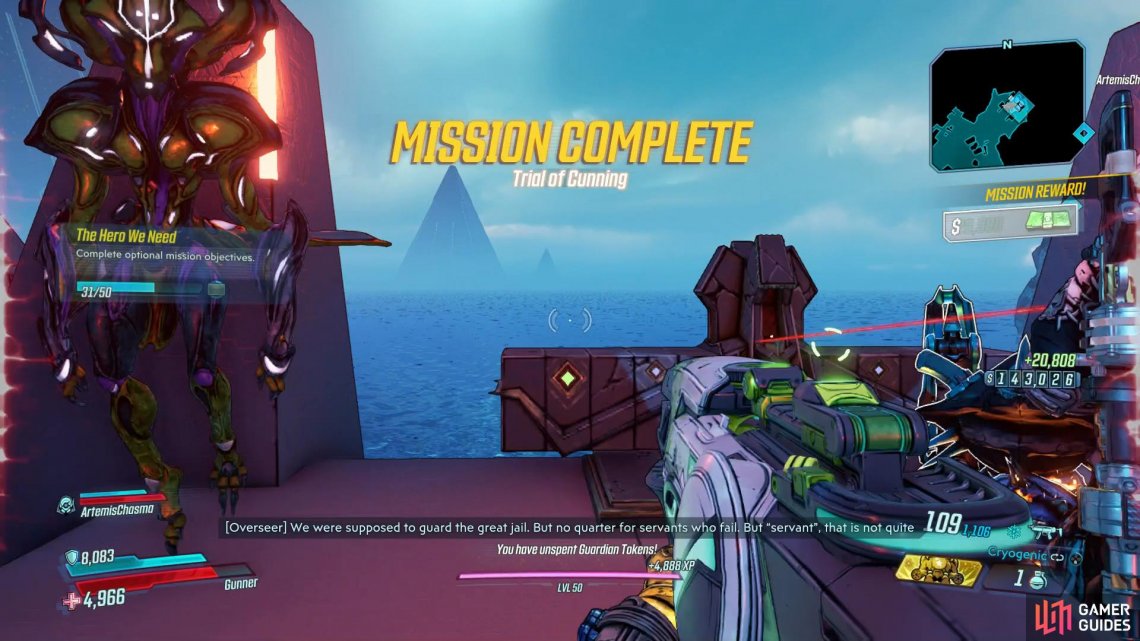