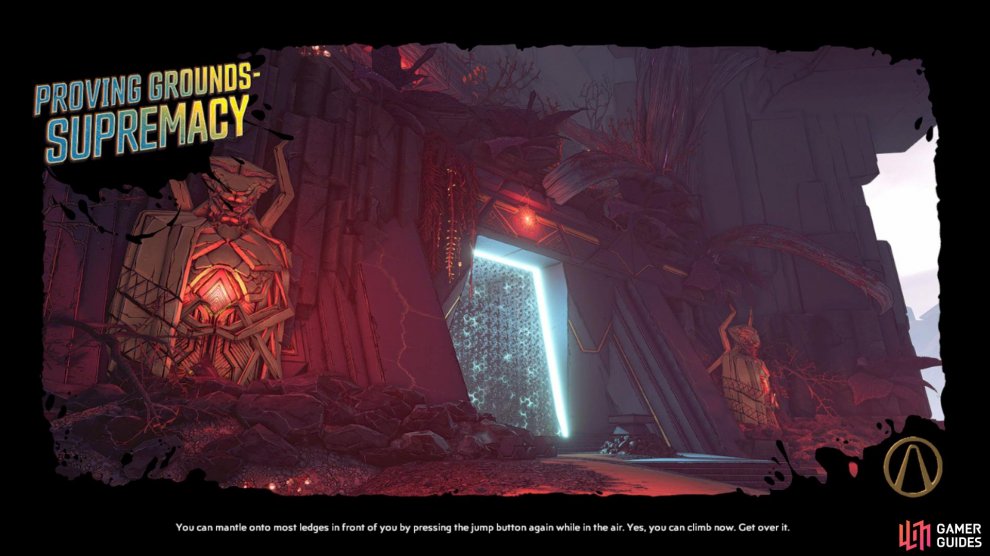 Once you’ve accepted and completed the previous mission Discover the Trial of Supremacy, head further into Hall of Obsidian and speak with the Overseer to begin the challenge. 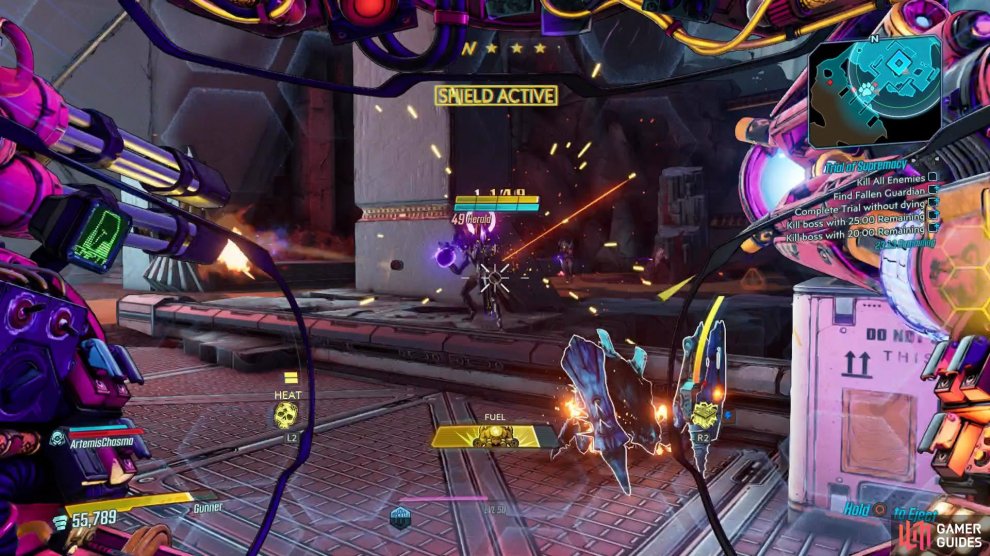 After you’ve entered the trial you’ll face alot of enemies that include all of the enemies you fought on Nekrotafeyo such as Dark Maliwan Soldiers and Eridian Guardians. When fighting against the Dark Maliwan, focus your attention on the NOGs to prevent them from healing their allies and then take out any Heavies that may be present. As for the Eridian Guardians, focus on any Heralds that may spawn, these are by far the most deadly of the bunch and then focus your attention on the Seras in the air. Like always when dealing with Guardians, use a Shock weapon to make quick work of them. 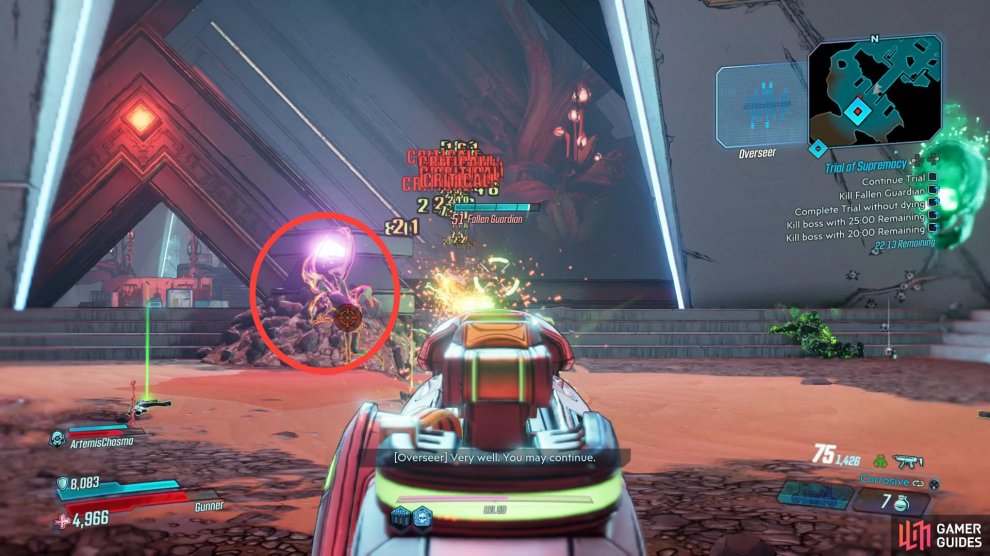 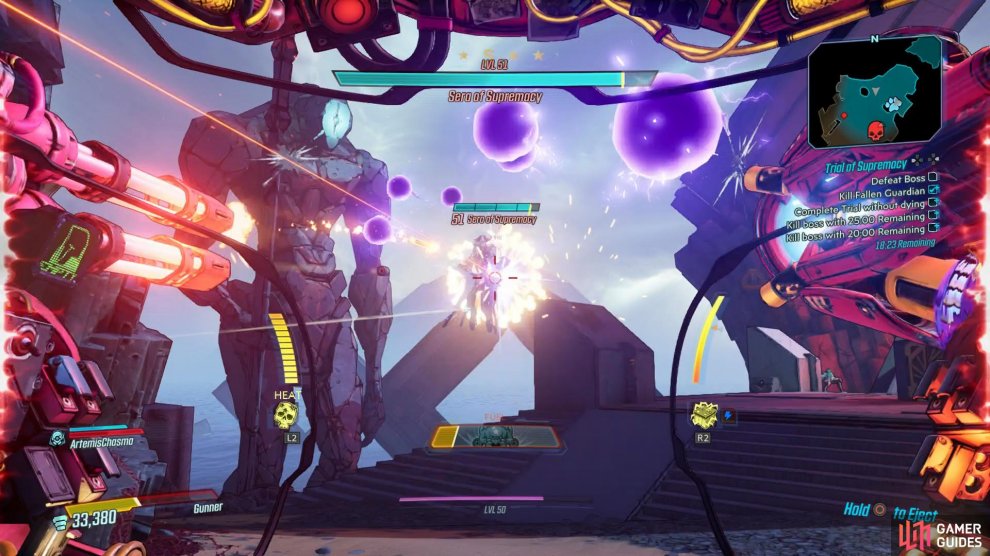 Once you’ve cleared all the enemies out of the previous areas you’ll eventually come to an area where you’ll have to drop down to go head to head with Sera of Supremacy, the boss of this Eridian Proving Ground.

Being a Sera type Eridian Guardian, you can expect this boss to take to the skies constantly. A Shock weapon is essentially here as you’ll only need to deal with an Eridian Guardian’s Shield to defeat them. Sera of Supremacy attacks by launching Orbs of Eridian or Radiation at your position, this can be easily avoided by backing up. Once you deplete two full life bars, the Sera of Supremacy will fall, completing the trial. 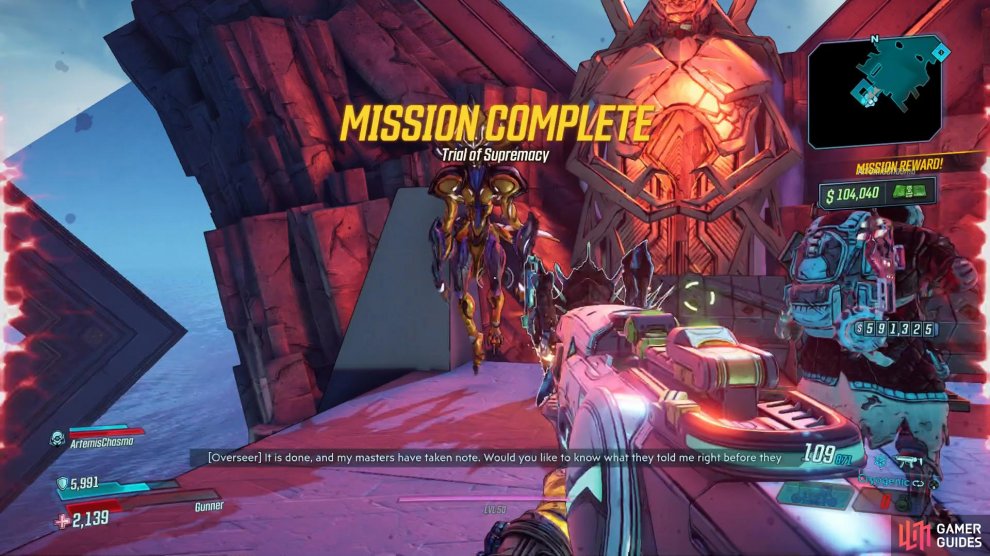