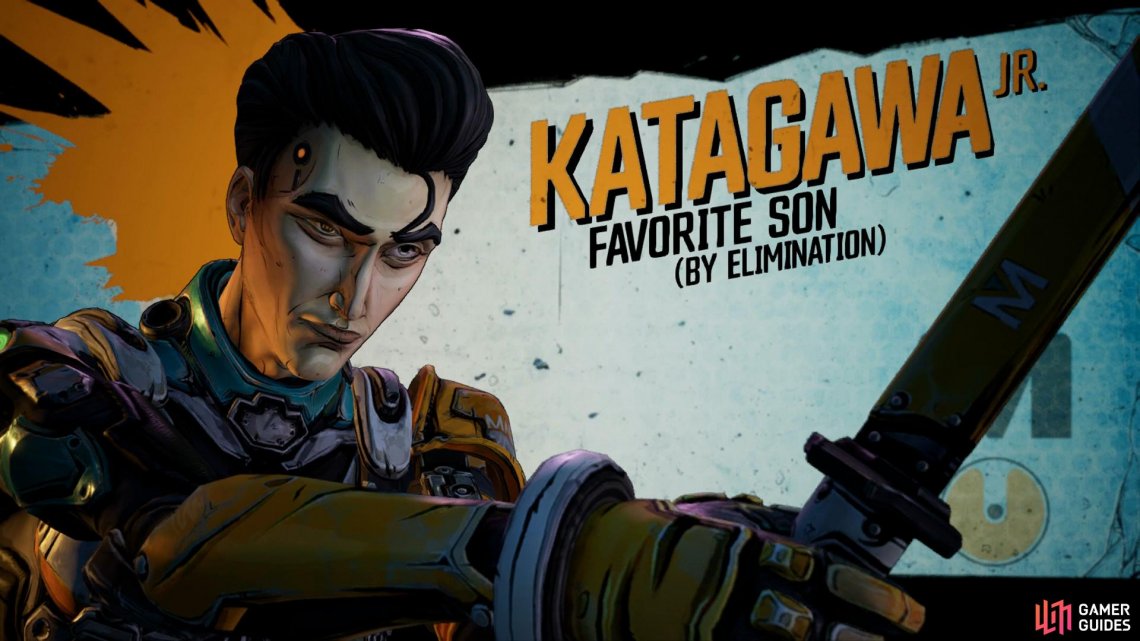 Almost the first thing you’ll notice with this boss is the arena is largely wide open and there’s not many places available for cover. To add to that, you can be hit from almost anywhere which means you’ll really have to make your shots count however do take note of the electrical generator in the water which is begging to be shot at some point.

Katagawa Jr. is a Ninja in the same vein as Zer0 and as such, features all of his abilities. He has clones, the ability to snipe and also use his Katana. The whole battle revolves around the clones mechanic and you’ll notice that each of them has a shield followed by health. In order to deal damage to Katagawa Jr. you’ll need to deplete the Shields and then any health damage you deal with deal damage directly to Katagawa Jr. 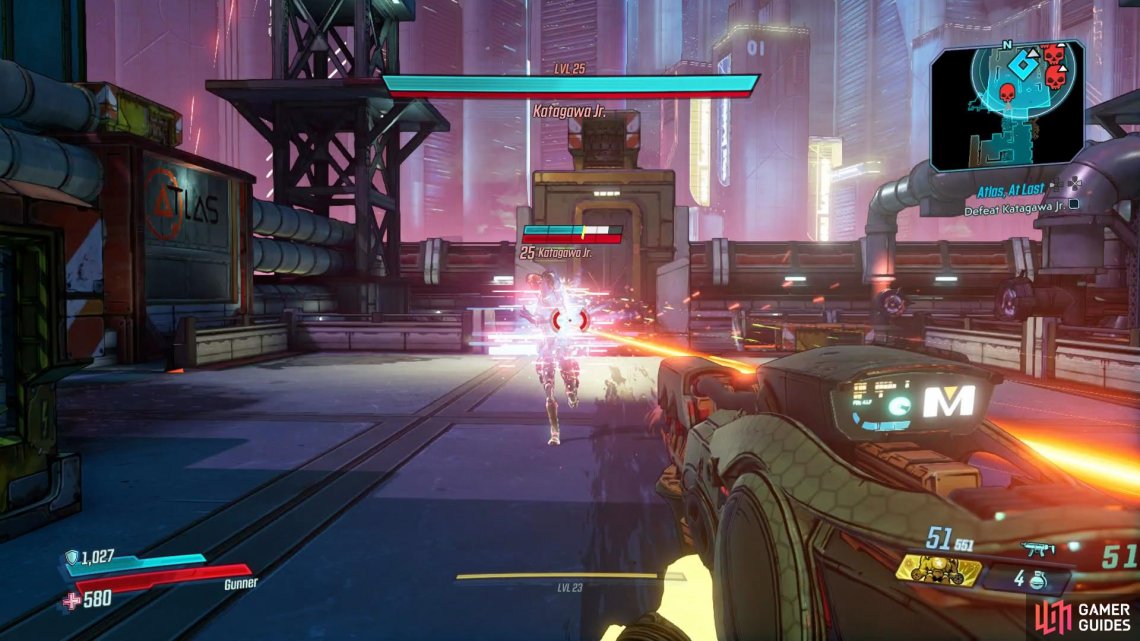 You’ll have to contend with many clones at once and they’ll divide themselves between sniping from any of the four towers in the corner, rush you at melee range with the Katana (only one at a time however) or spawn around the electrical generator. As you may assume, this is the perfect time to hit it and deal damage to all of the clones at once. A long range weapon works better for the clones on the towers and anything is useful at close range. The battle keeps this same formula throughout so it’s more a test of your own shooting abilities.

If you see a smoke bomb in your location, this is an indicator that a Katana melee attack is soon coming, so move out of the smoke and take aim to hit the clone before it can reach you. Finally, when Katagawa Jr. is near death, he’ll result to nearly melee attacks only and he’ll attack with swift combos, these are better to avoid by jumping out of the way. Once you fully deplete his health, shoot him one final time to put him down for good.

Katagawa Jr. has the unique ability to drop Legendary Class Mods for all characters and for this reason alone, it’s worth spending some time farming here until you get one for your current build or class that you’re playing with, it’ll help in the long run. 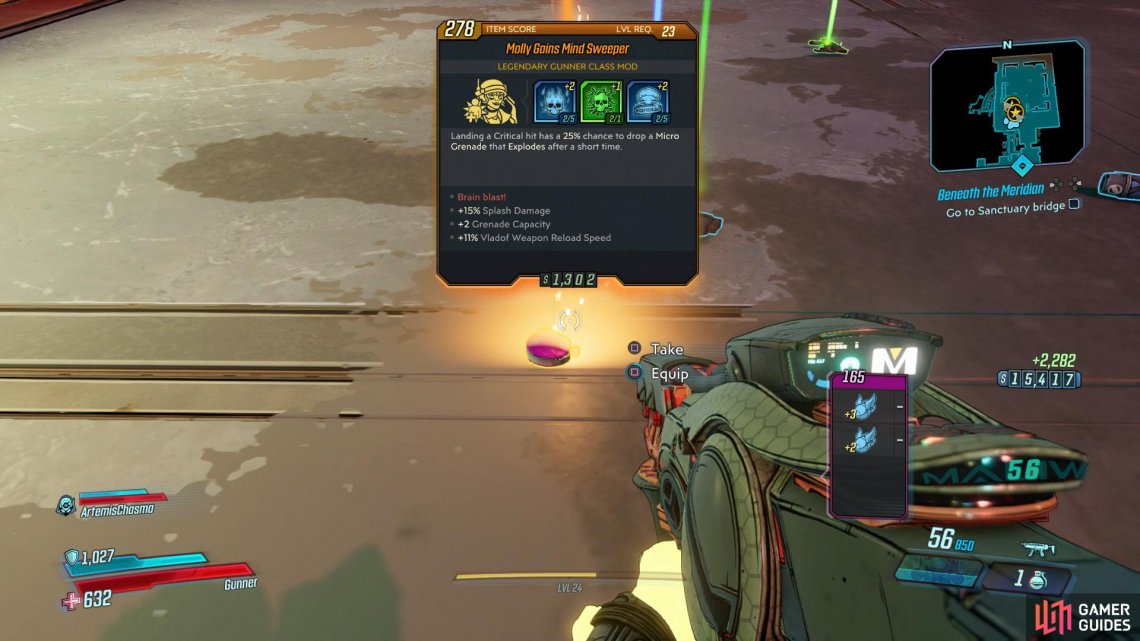