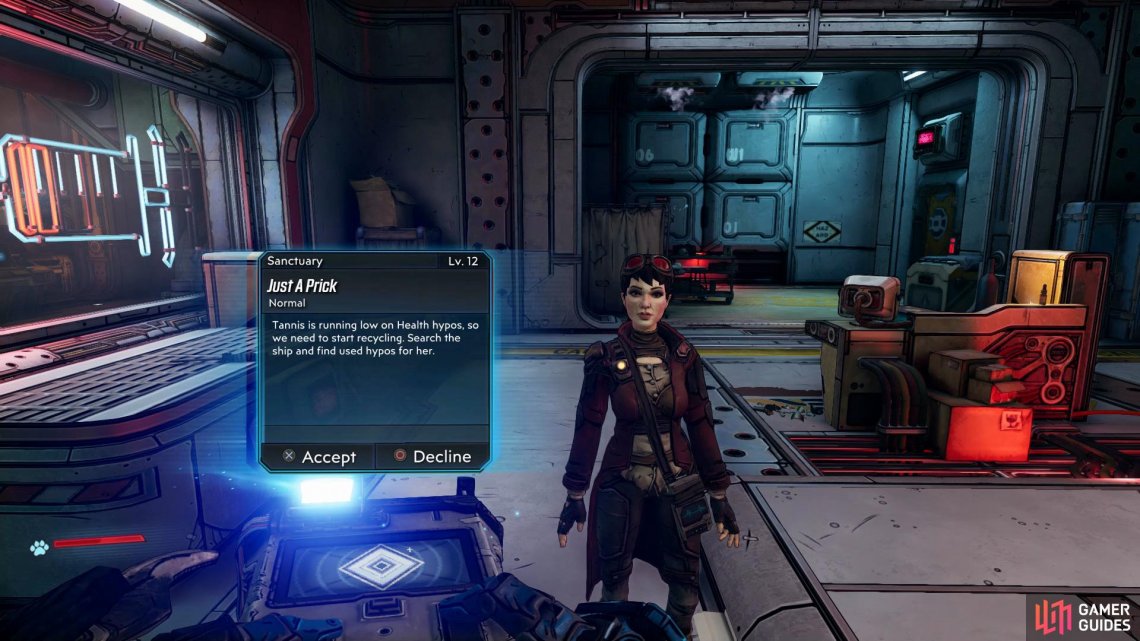 This Side Mission will become available after you’ve been to Promethea for the first time.

Teleport back to Sanctuary and head over to Tannis’s lab on the top floor to accept this Side Mission. After you’ve accepted the mission you’ll need to explore around Sanctuary to find the Empty Hypos. 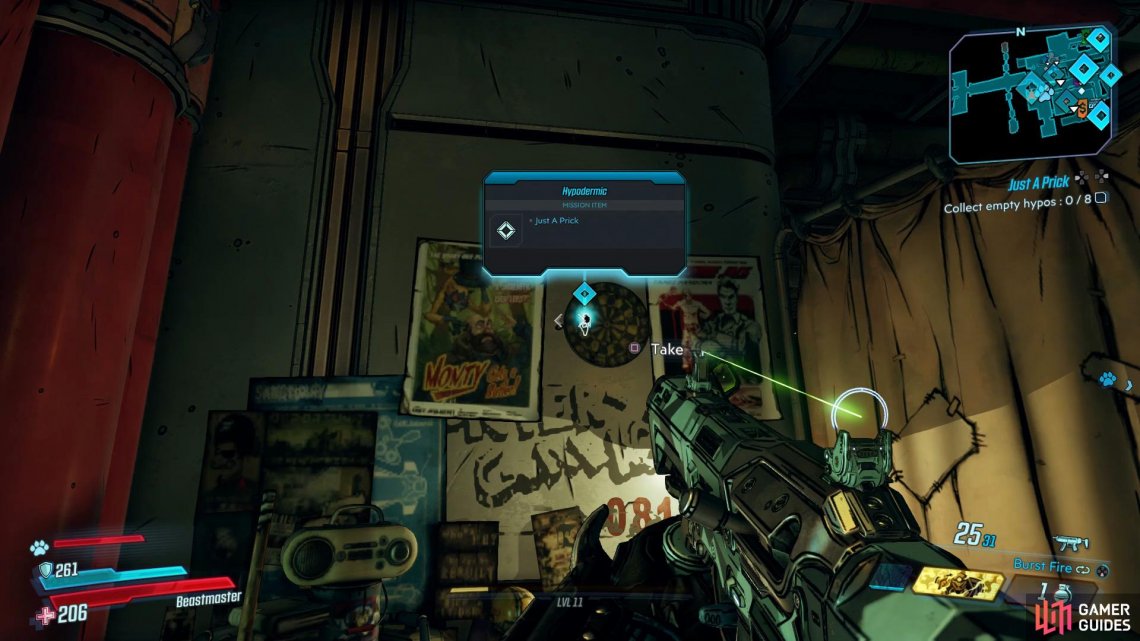 The first Empty Hypos can be found pined into a dartboard that’s hidden by a curtain to the left of Tannis’s lab. 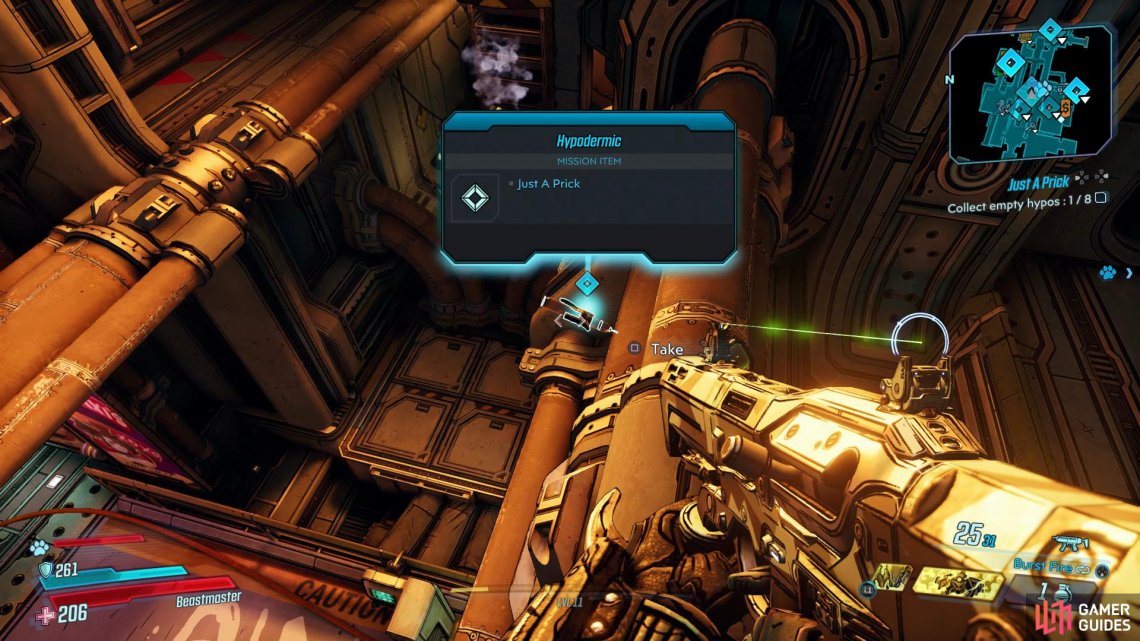 To find the second one, you’ll need to retrace your steps and head past Tannis’s Lab where you’ll see another Empty Hypos pinned into a pipe.

You may need to jump on the pipe in order to get the prompt to take it. 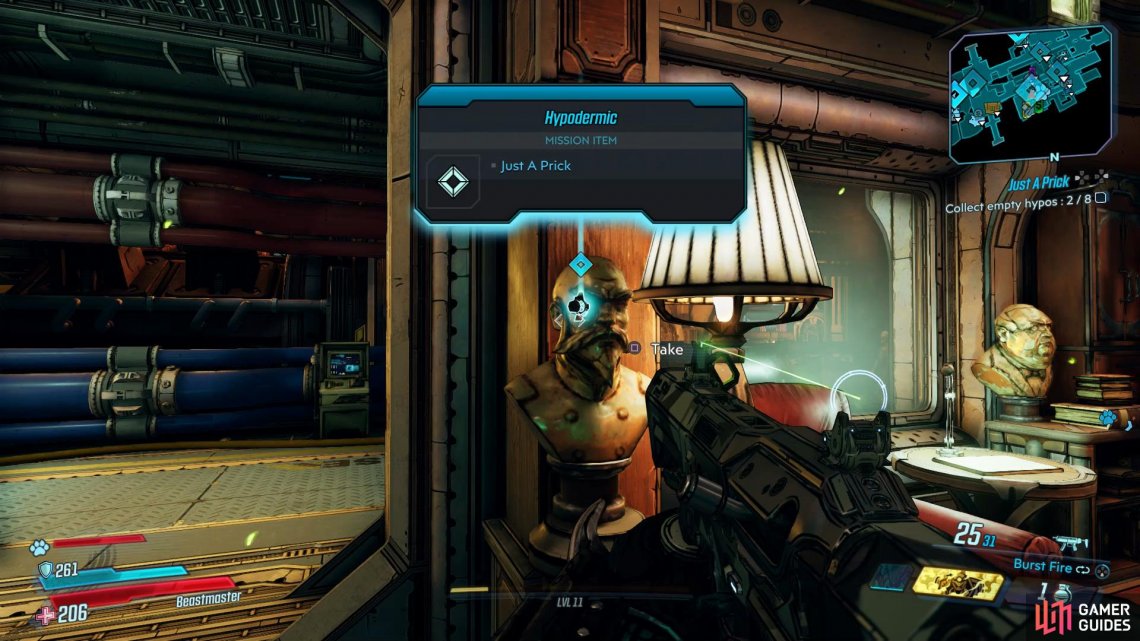 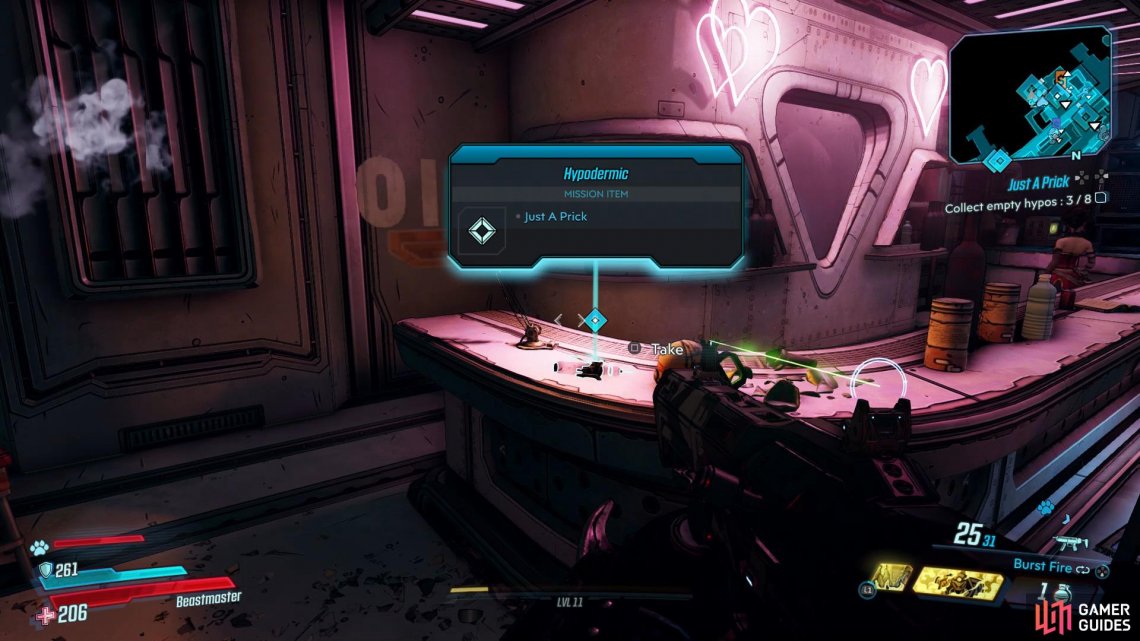 For the fourth Empty Hypo you’ll need to hop down from the second floor and make your way over to Moxxi’s Bar, where the Empty Hypos will be waiting for you on the bar. 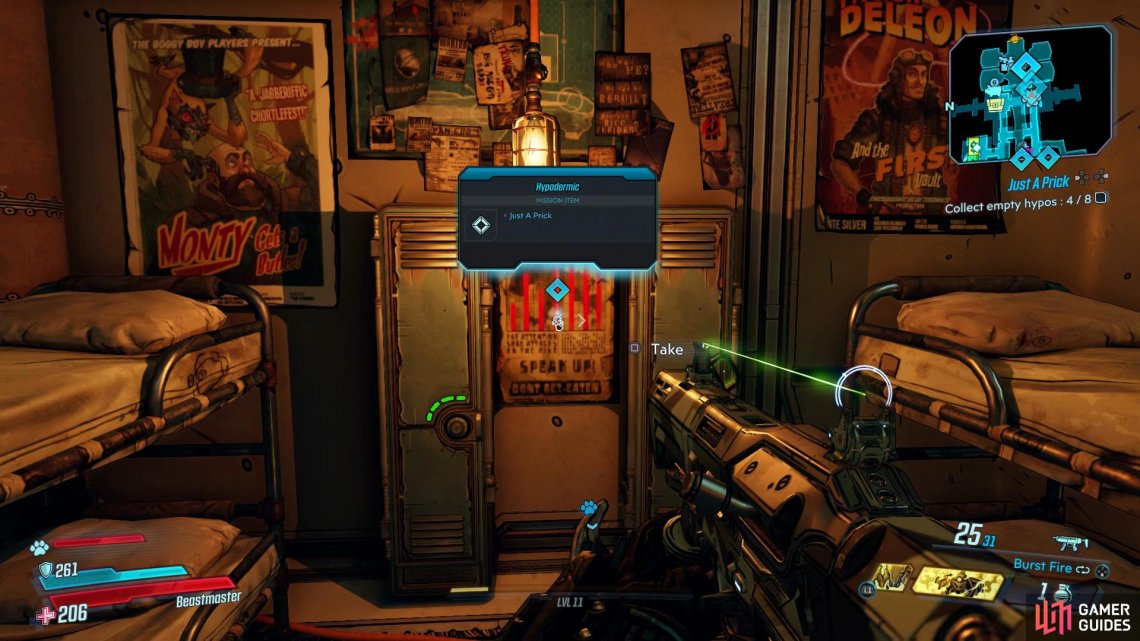 Make your way over to the stairs that takes you down to the Cargo Hold but don’t go down there yet, head to the left side where you’ll spot another Empty Hypo pinned into a poster between two lockers. 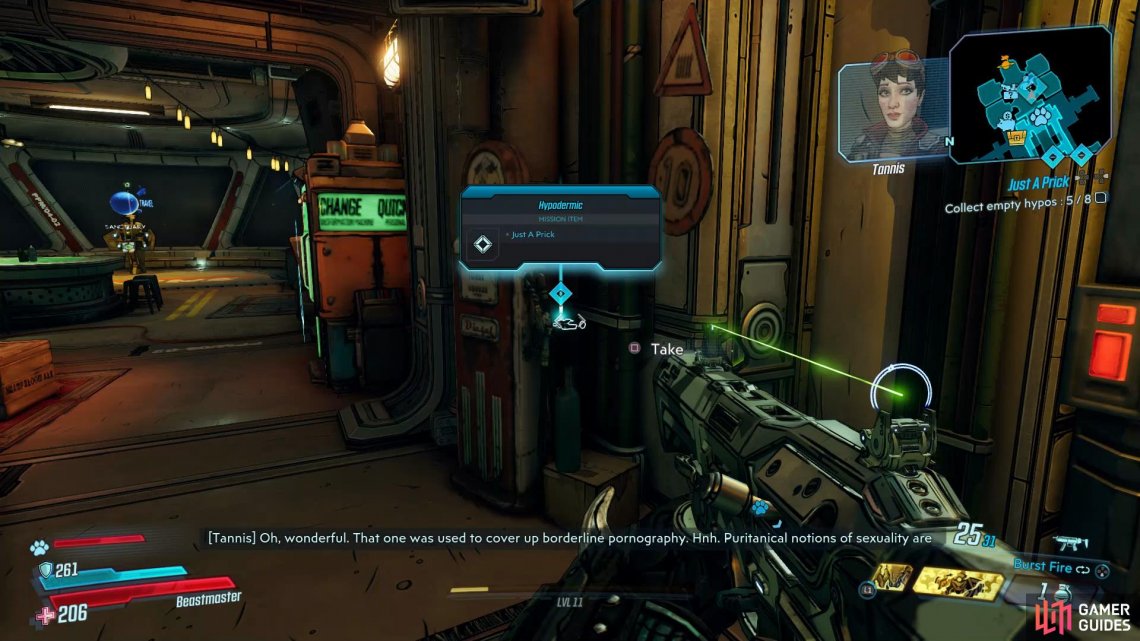 From the lockers head into the crew quarters where you’ll see a Empty Hypo pinned into a fuel pump outside the second room on the right side. 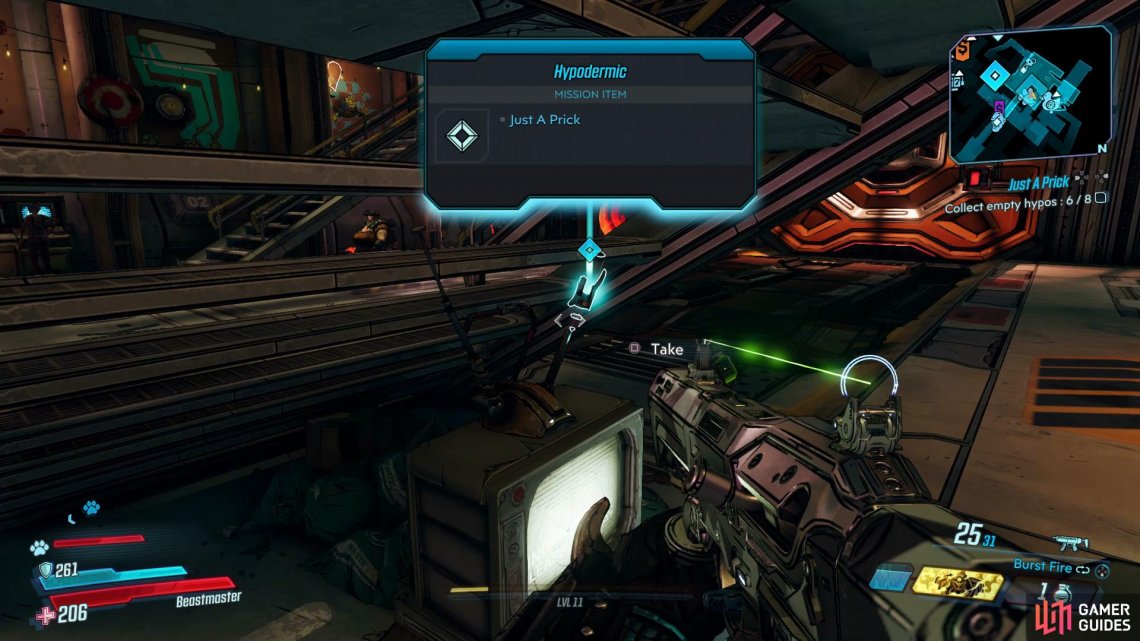 Now head down into the Cargo Hold, once you reach the bottom of the stairs spin around and you’ll spot the seventh Empty Hypo pinned onto a TV behind the stairs. 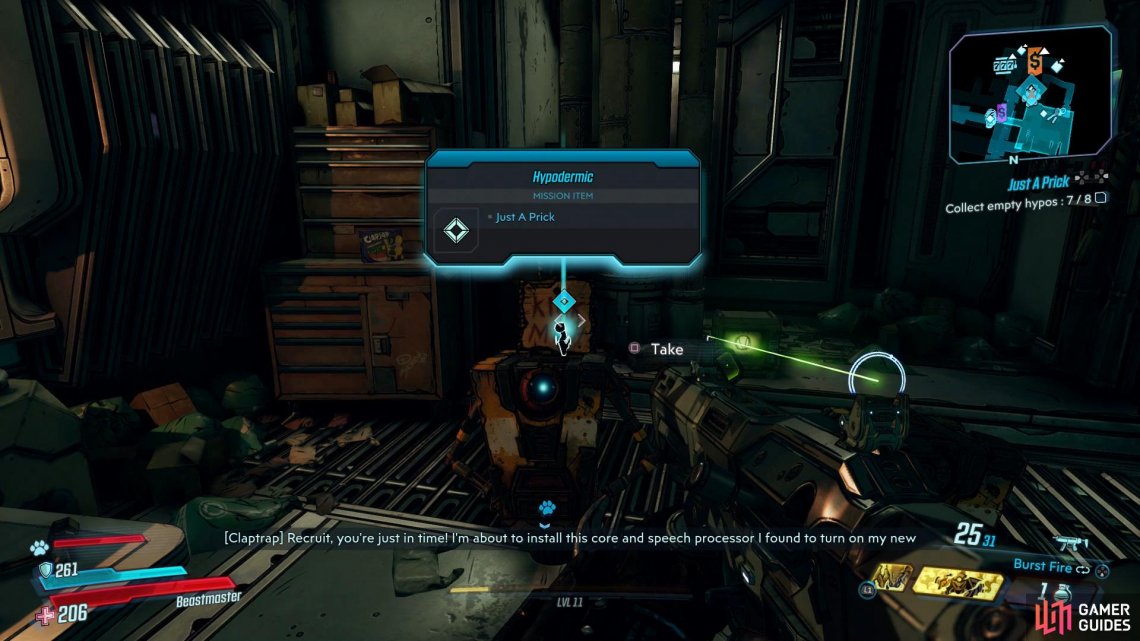 For the final Empty Hypos, head over to Claptrap’s room which can be located in the corner of the hold and collect it from him.

With all the Empty Hypos collected, head back up to Tannis’s lab and place them on the tray in the centre of the room to complete the mission. 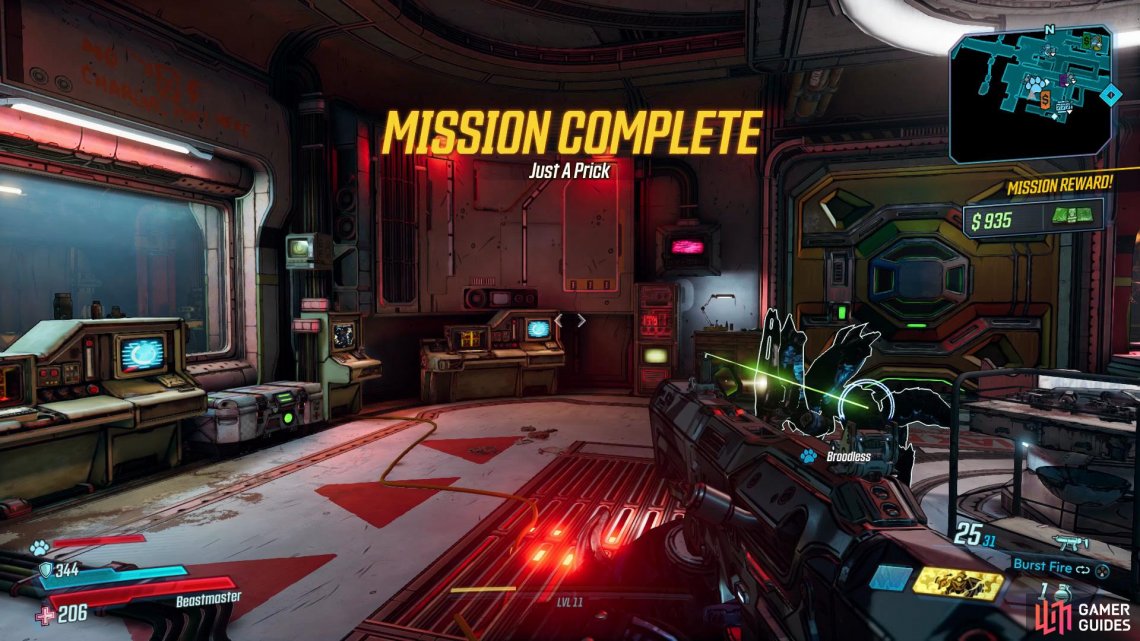