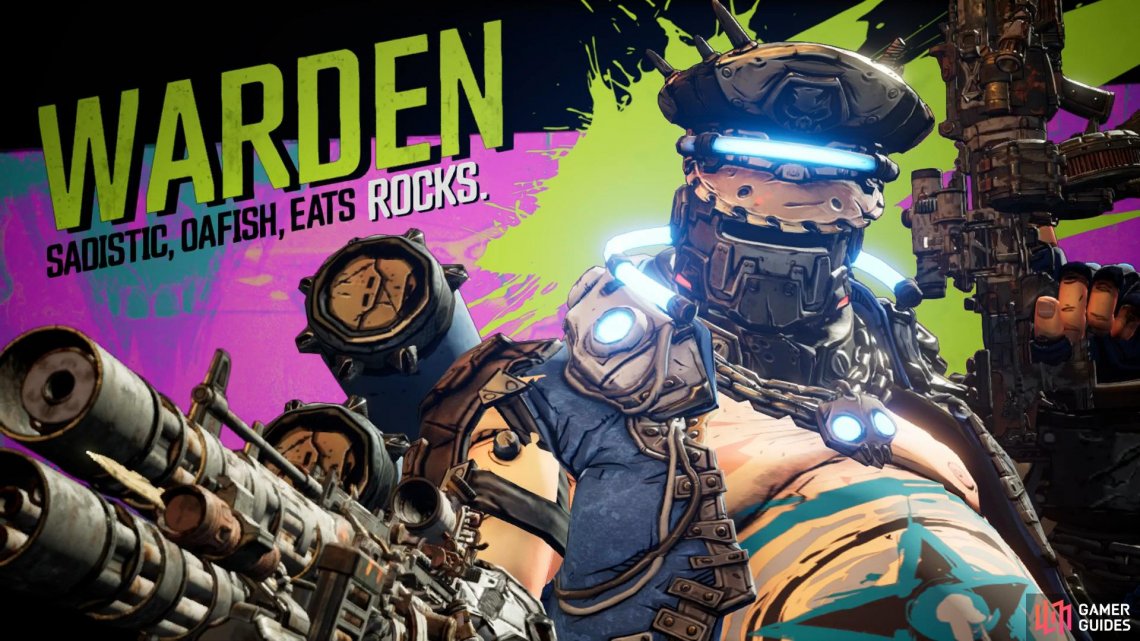 The Warden is a rather simplistic boss battle when it comes to bosses in Borderlands. If you’ve played the previous Borderlands games, he’s essentially a boss version of regular Goliath, only larger. The arena is large and you can spread out easily enough, focusing on laying down fire. The only time you’ll need to stop is when he goes temporarily immune.

As for his attacks, the Warden will fire homing missiles at you which can be easily avoided by taking cover behind one of the larger pieces of cover and he can also close the distance easily by jumping great distances. He’ll also fire a minigun at you which can hurt if you don’t get into cover quickly while he’ll also have adds in the forms of Warden Enforcers around the arena, these should be your typical sources of ammo or target for a Second Wind. 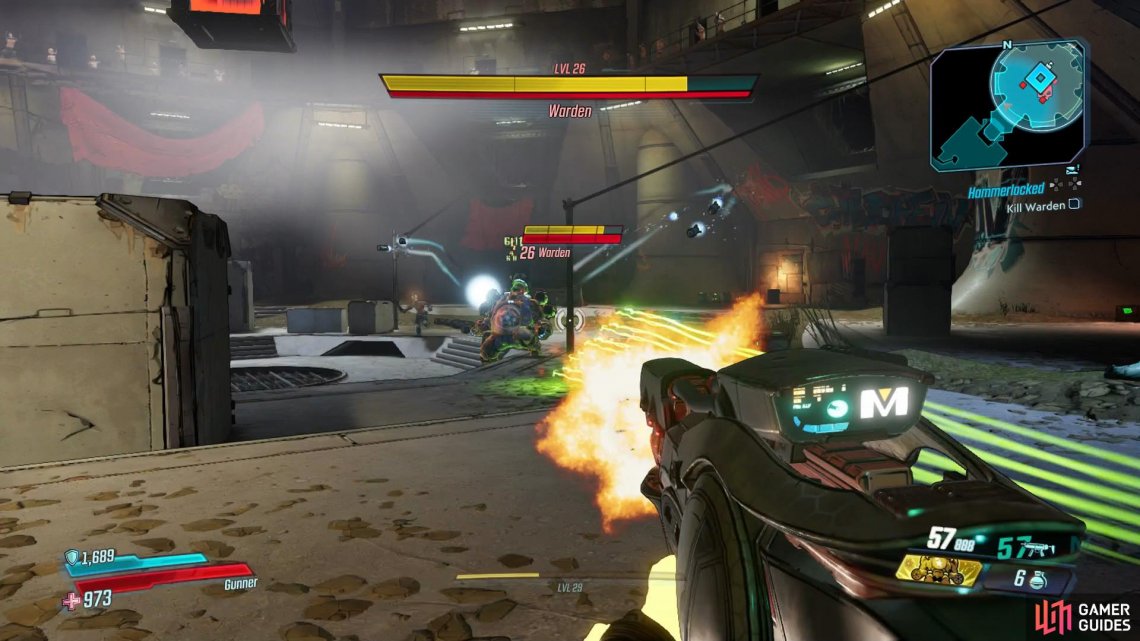 Once you shred his Armor, he’ll evolve into a Raging Warden where his attacks will be more melee focused as he dashes around the arena after you. If you let him catch you, he’ll deal massive damage so turn and sprint away if he gets too close. He also has the ability to shoot larger Rockets at you but these can be simply shot down while they’re headed your way. There’s really not much more to say about the Warden, he’s basic as far as bosses go and so long as you keep on the move, you should have no problems taking him out.

There are two unique Legendaries up for grabs from The Warden and considering he’s a rather simple battle, you may wish to take the time to farm him. The Echo will come with a whole assortment of elements to play with and it’s delayed shots will soon explode. The Freeman on the other hand will fire laser guided missiles. 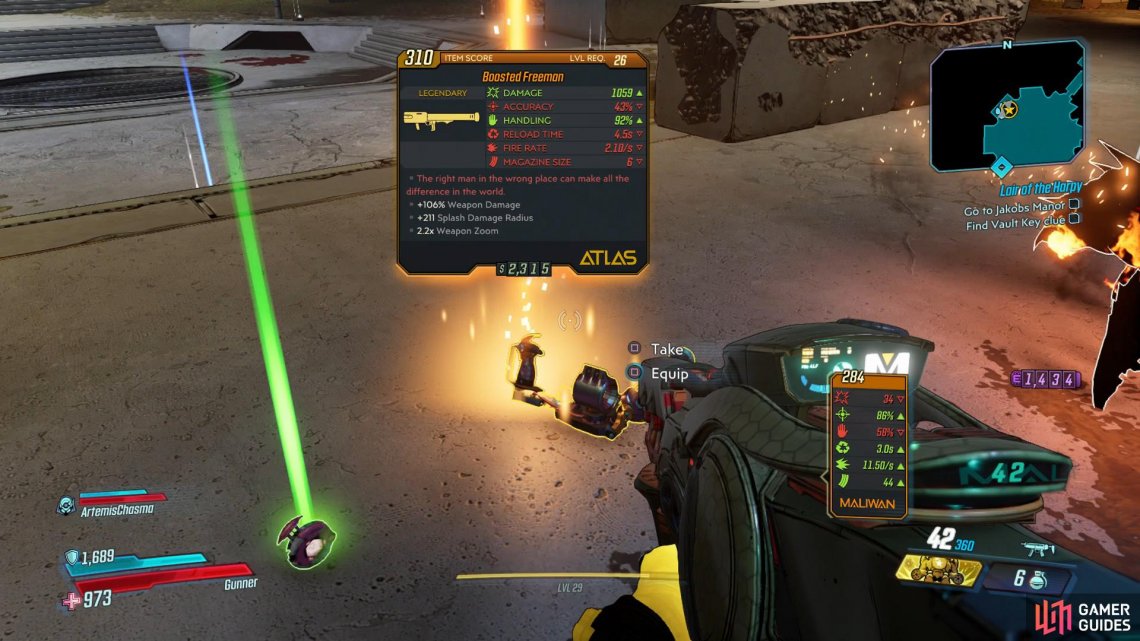 The Freeman is an excellent RPG that’s flight of rockets will match where you aim.