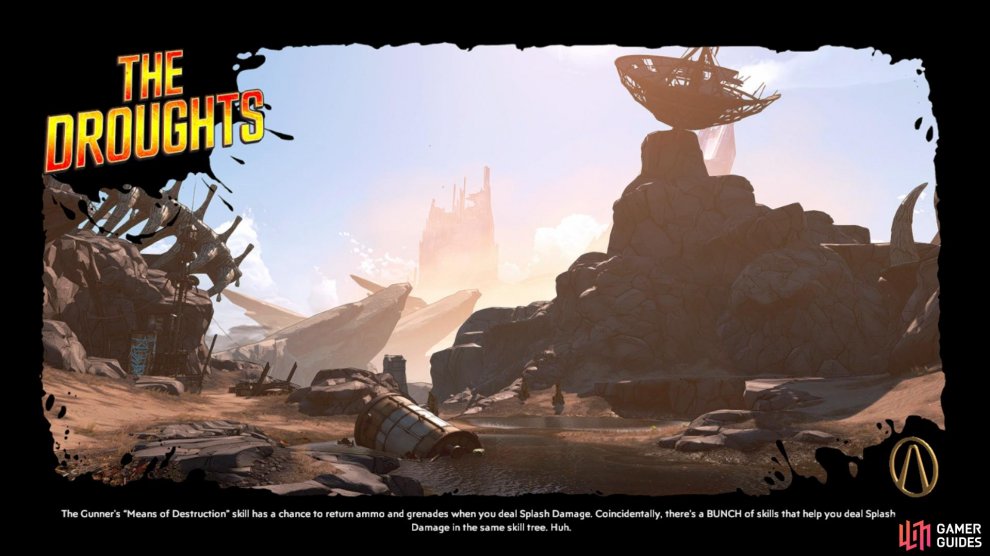 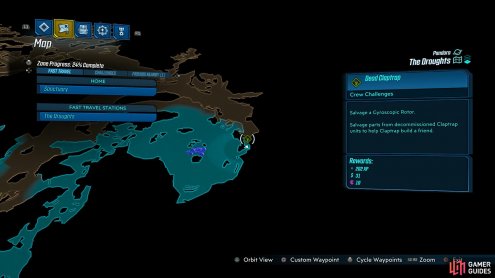 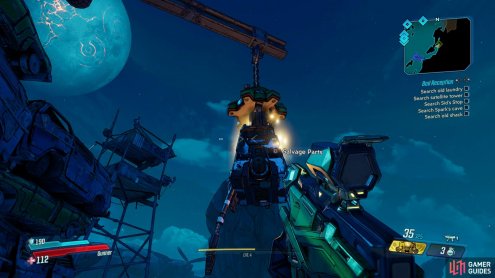 You'll find the first Dead Claptrap just past Ellie's Scrapyard, at the Super 87 Racetrack. Look around the edges for a small path leading to the poor Claptrap hanging. 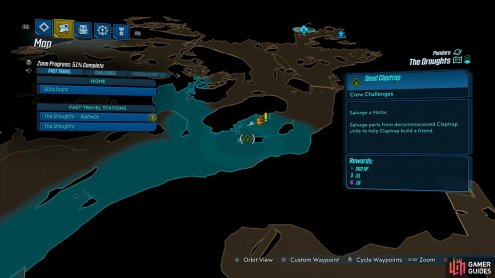 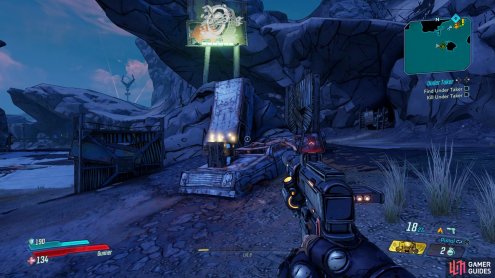 Head to the The Droughts - Highway Fast Travel point and look just outside to the southwest to find the second Dead Claptrap.

Varkid Valley can be found down to the west of Crimson Command and you'll have to travel there as part of the Bad Reception Side Mission. Lavender Crawly is Lvl 8 and if you attempt to try him solo while under level, will make quick work of you. There's nothing overly remarkable about Lavender Crawly save for the fact it's just a rather large Varkid, keep your distance, use your Action Skills and it will go down in no time. Beware however if you don't finish off her hatching pod when you defeat her or else you'll have to deal with more of the Crawly family. 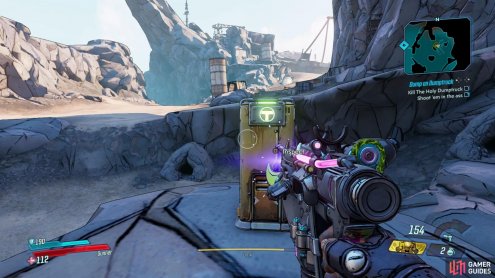 You'll find the Eridian Dig site to the northeast of the Super 87 Racetrack and if you search the Skag den to the southeast of the entrance, you'll spot this Typhon Log in the center. 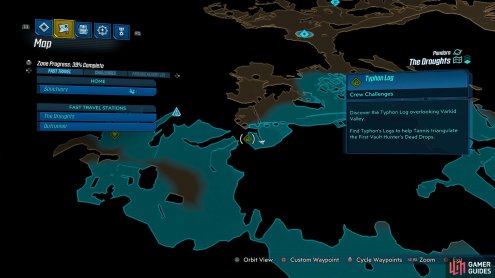 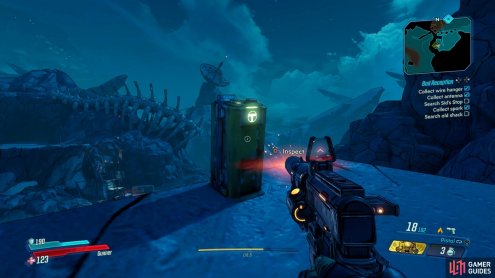 Once you drive over the ramp north of Crimson Command, head west around the mountain and follow it all the way until you reach a cliff overlooking Varkid Valley to the west, the Typhon Log is sitting here. 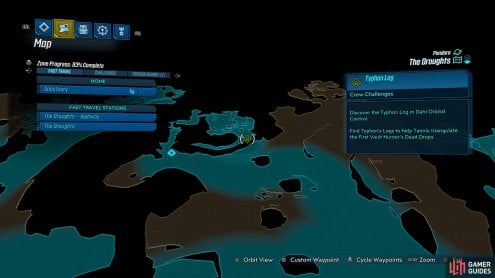 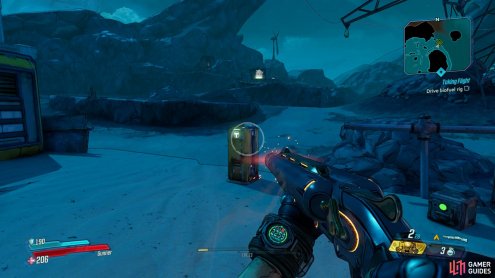 Once you begin the [Taking Flight] Main Mission, you'll have to go and retrieve an Astronav Chip. Once you reach the Dahl Orbital Control, head out to the north to find the Log overlooking the cliff. 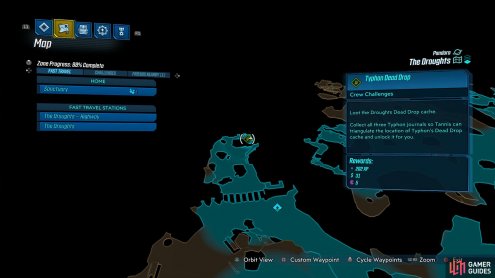 Once you have all three Typhon Logs, head to where you found the Big Succ as part of the Skag Dog Days Side Mission and look around the side of the wall.