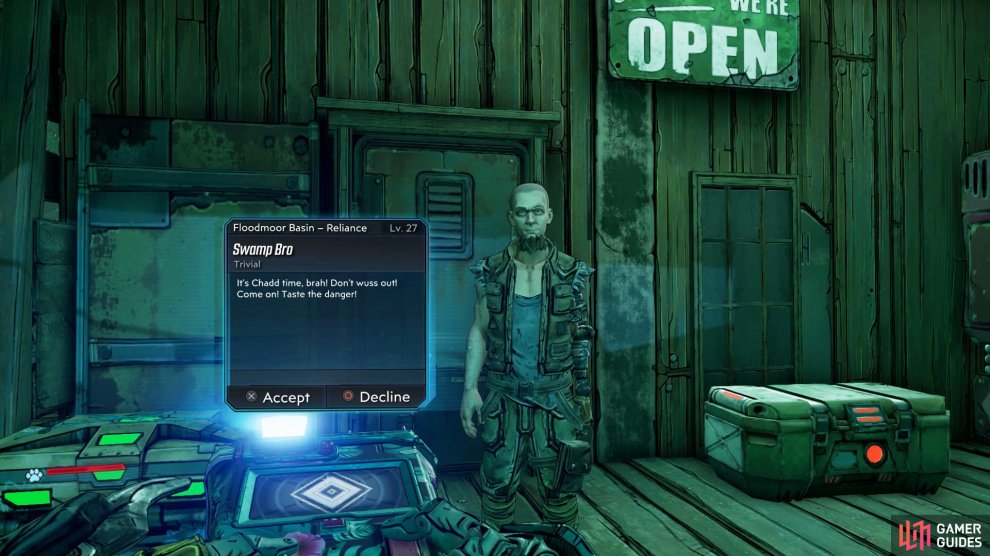 Upon completion of The Guns of Reliance Main Mission you’ll be able to speak with Chadd at Reliance to start this Side Mission. 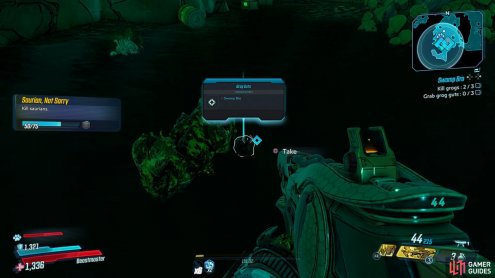 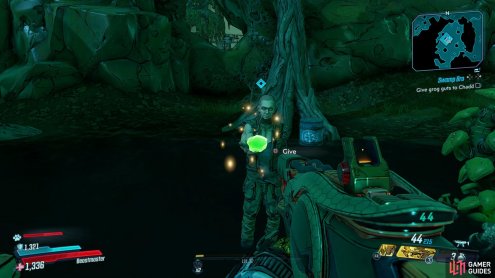 Once you’ve accepted the mission, follow Chadd until you reach an area that is surrounded by Grogs. Take them out and collect the Grog Guts from the floor and deliever them to Chadd. 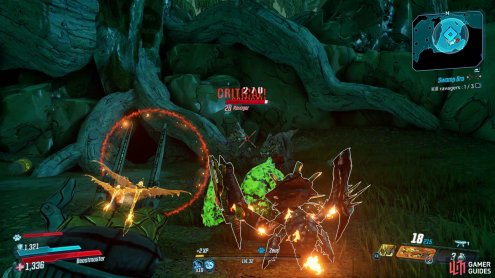 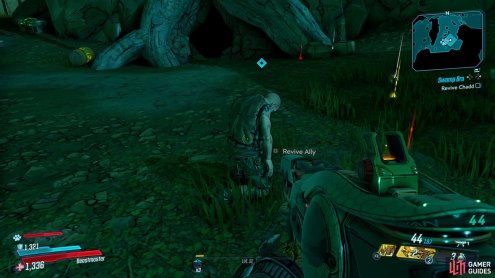 After the Grogs have been killed and the guts delievered, follow Chadd some more until you become ambushed by Ravagers. You’ll need to kill them and then revive Chadd to advance to the next step. 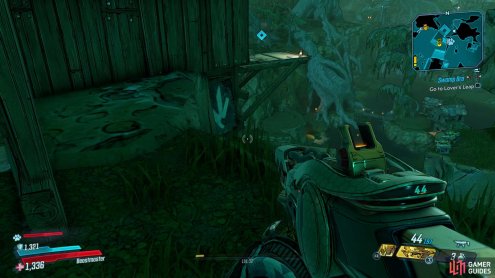 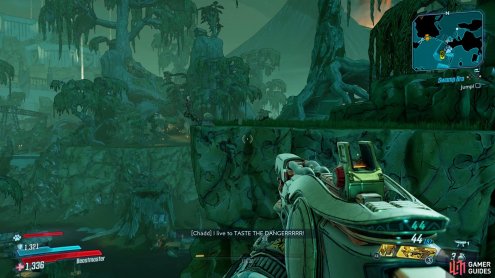 Follow Chadd once more to the edge of a cliff, then speak with him and he’ll ask you to hop over to the Lovers Leap to watch him jump off the cliff. Unfourtunately, the jump didn’t go as planned so you’ll need to drop down and revive him again.

Chadd would like to ride the lift back up to Reliance, so you’ll now need to head to the waypoints around the map to collect three Fuel cans. 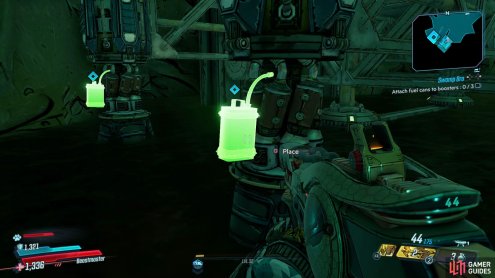 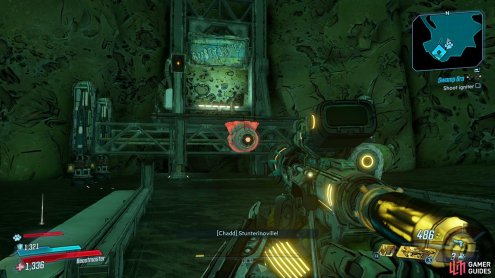 With all the Fuel cans acquired, head back to the lift and attach them to the bottom and then shoot the igniter in the center when prompted to shoot Chadd back up. 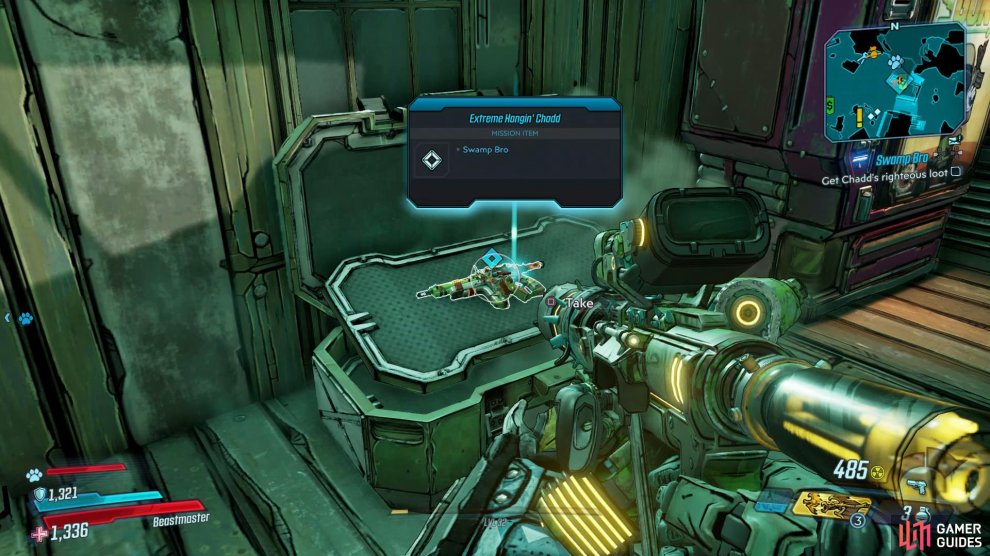 After Chadd’s dissaperance you’ll now be able to collect his loot, head back to where you began the mission and open the crate and
complete the mission. 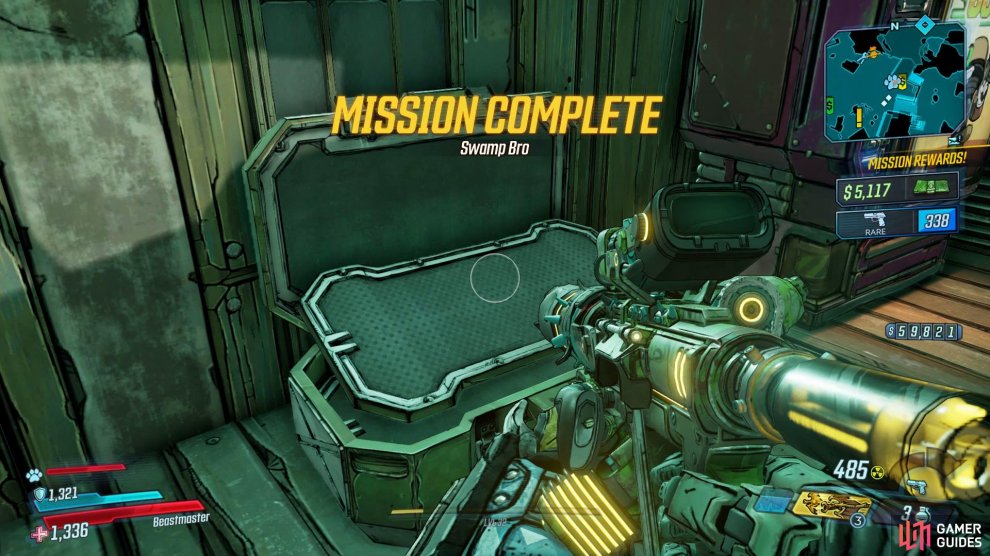