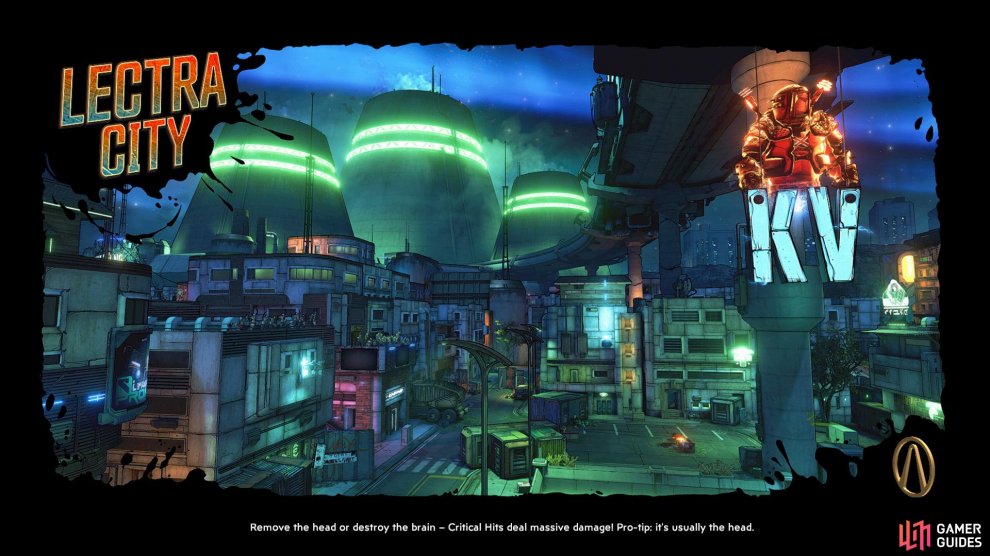 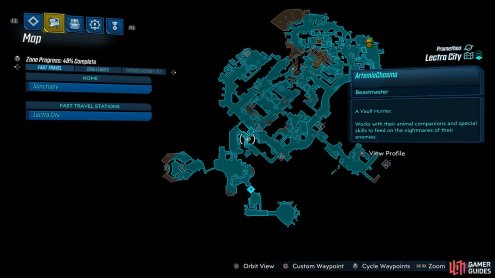 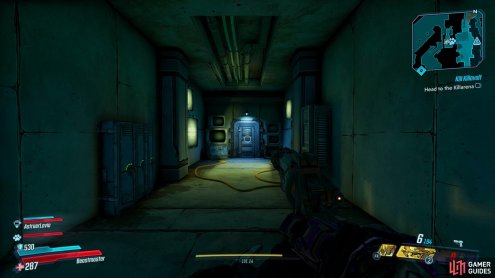 Once you've entered the Meridian Seaport location of Lectra City, follow the path around on the left side of the map until you reach some stairs that lead to the lower lever of the city. Before Heading down make sure you continue a little further along until you trigger the respawn point.

Make your way down the stairs and follow the underground path around until you come across some enemies that are roaming around on the platform and tracks. Hop up onto the platform and walk along it until you see a small corridor branching off to the left where you'll find One Pump Chumps hideout.

Now that you've located One Pump Chump you'll need to solve a small puzzle in order to get his door to open and spawn him. Head into the smaller room to the left where you'll see a lever and a handle, simply interact with the lever twice and use the round handle once and all the screens will turn on allowing One Pump's door to open.

With One Pump Chump's door opened it's time to fight him. Fortunately he isn't too hard of a fight as long you've cleared all the enemies in the area beforehand and you keep your distance at all times. His melee attacks will most likely down you in one shot so keeping your distance is extra important. 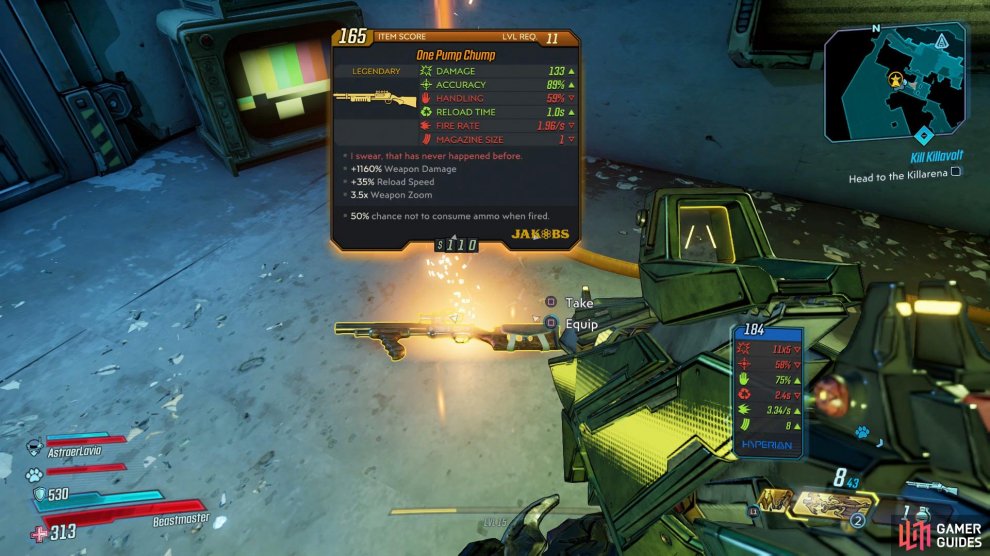 Note: Whilst retrying the One Pump Chump fight in attempt to obtain his Legendery Shotgun, you'll want to keep an eye out as a Looter Psycho has a chance to spawn in the area.

With the One Pump Chump taken down you may want to farm his Legendary weapon which is a powerful shotgun that has the ability to allow you to fire two bullets at one time. In order to keep retrying the battle to obain the weapon, simply quit out to the main menu and then log back in and you'll spawn at the respawn point you triggered earlier.