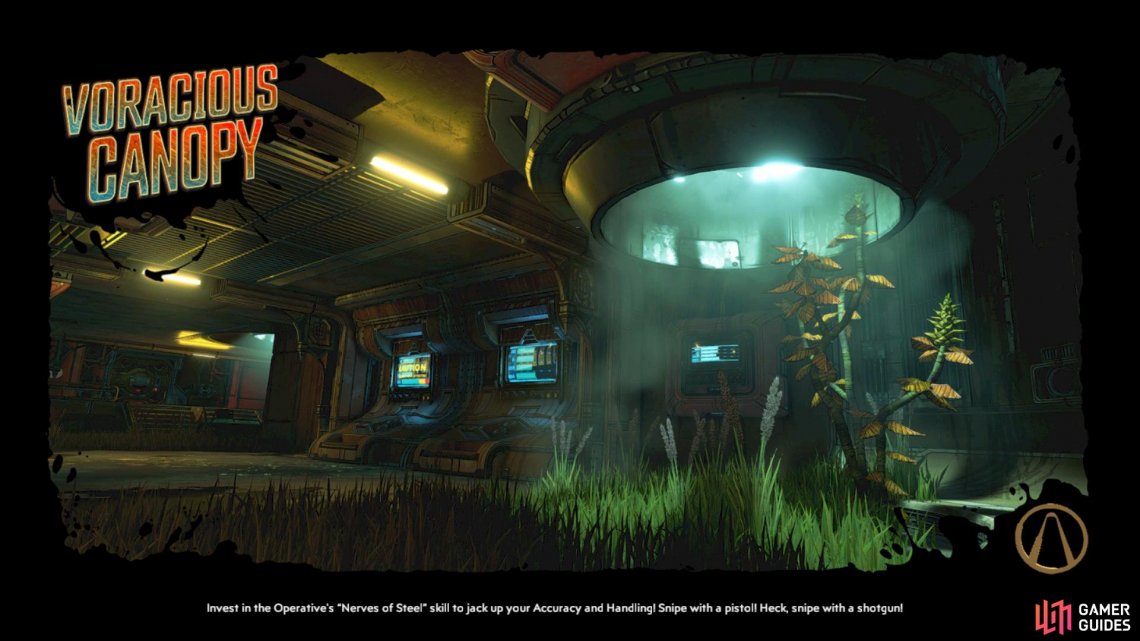 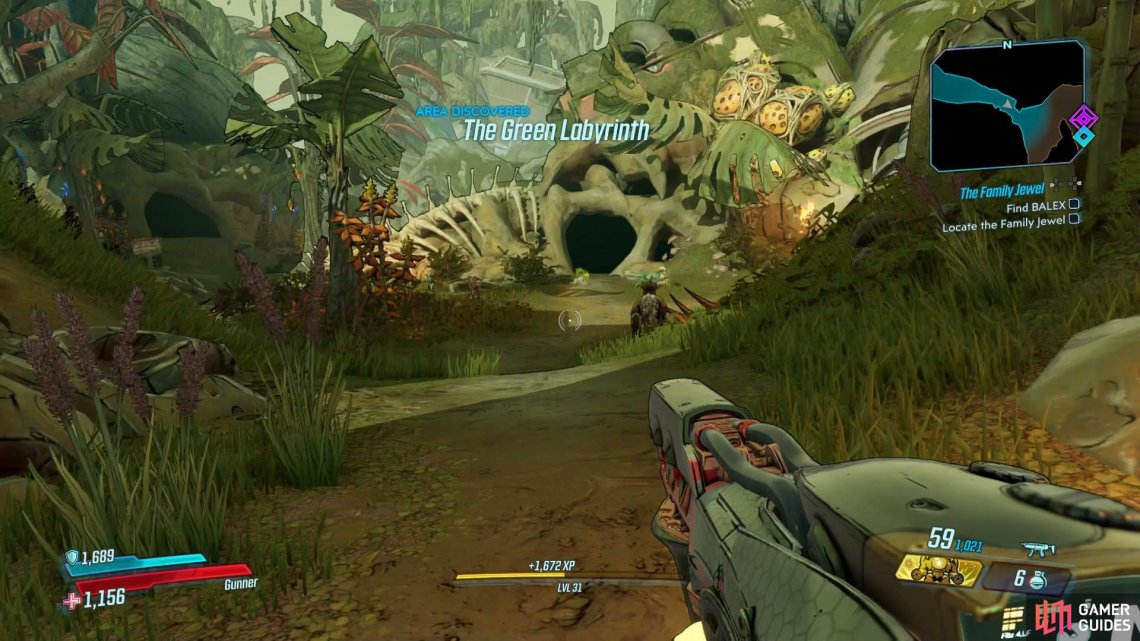 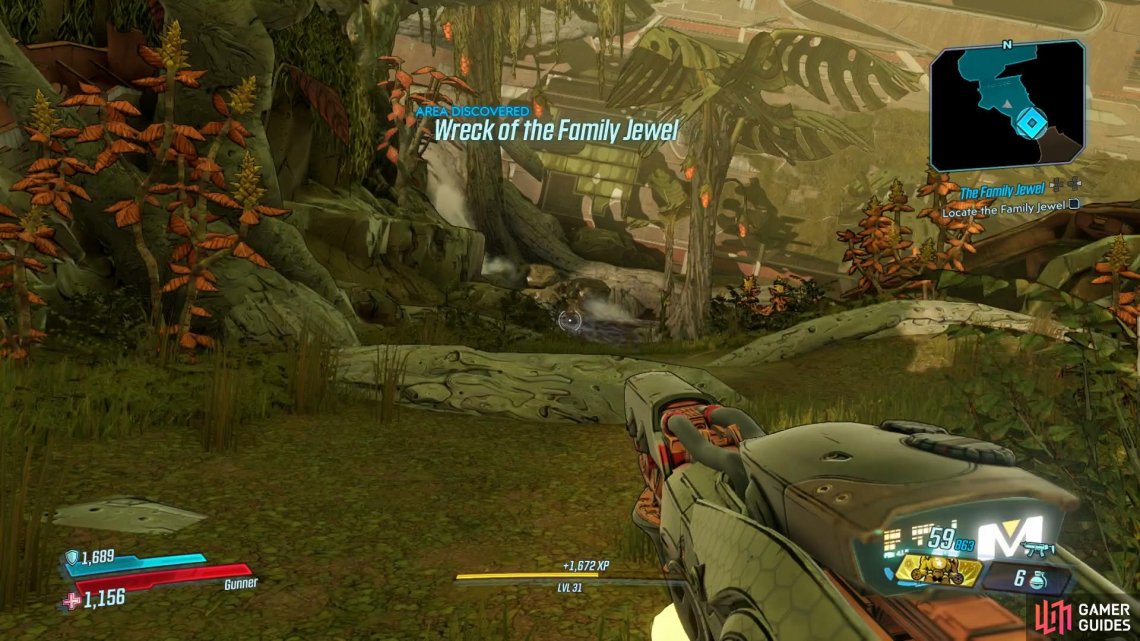 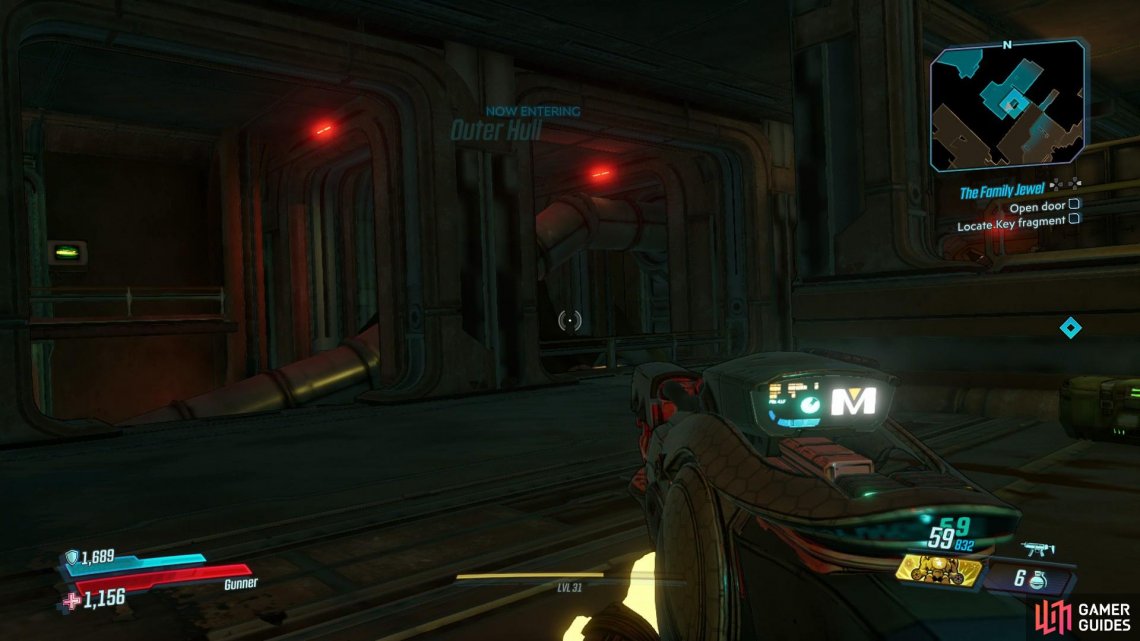 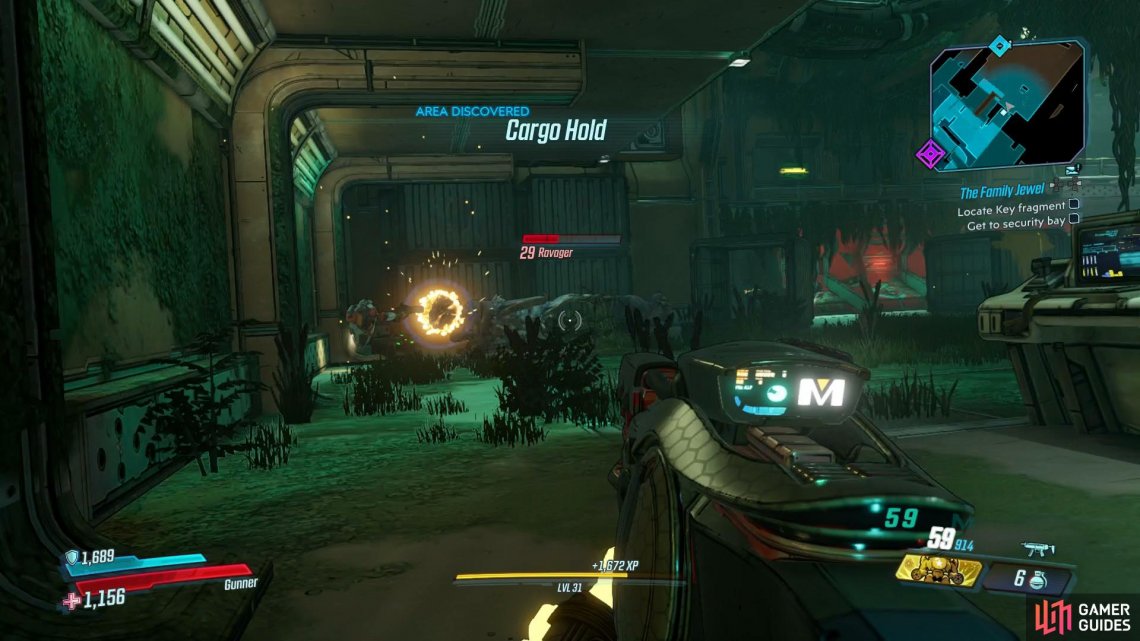 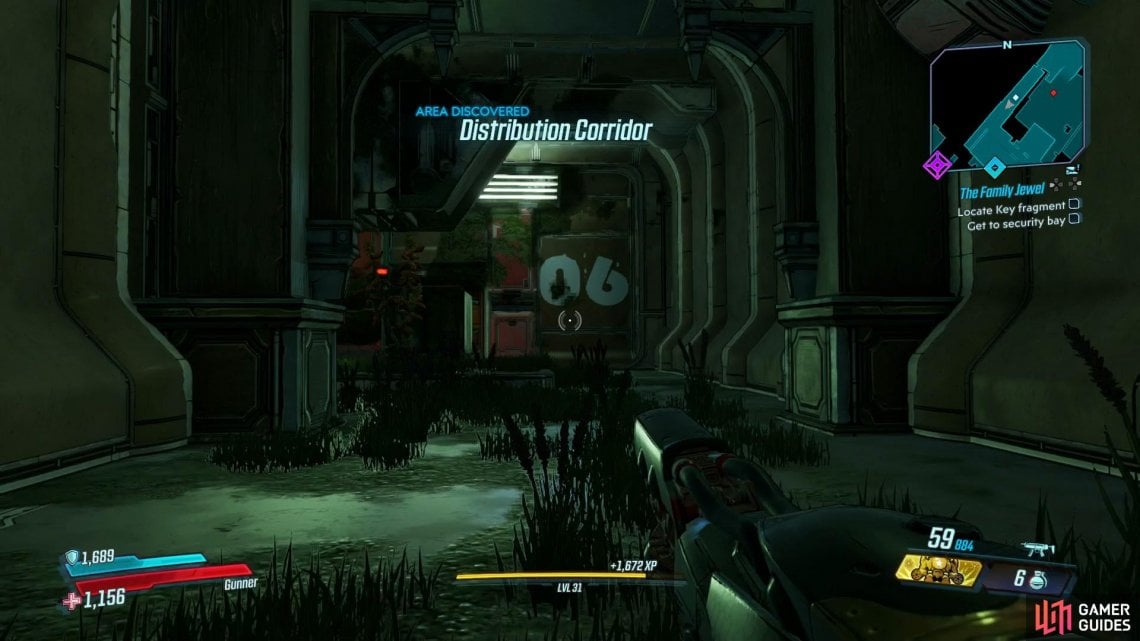 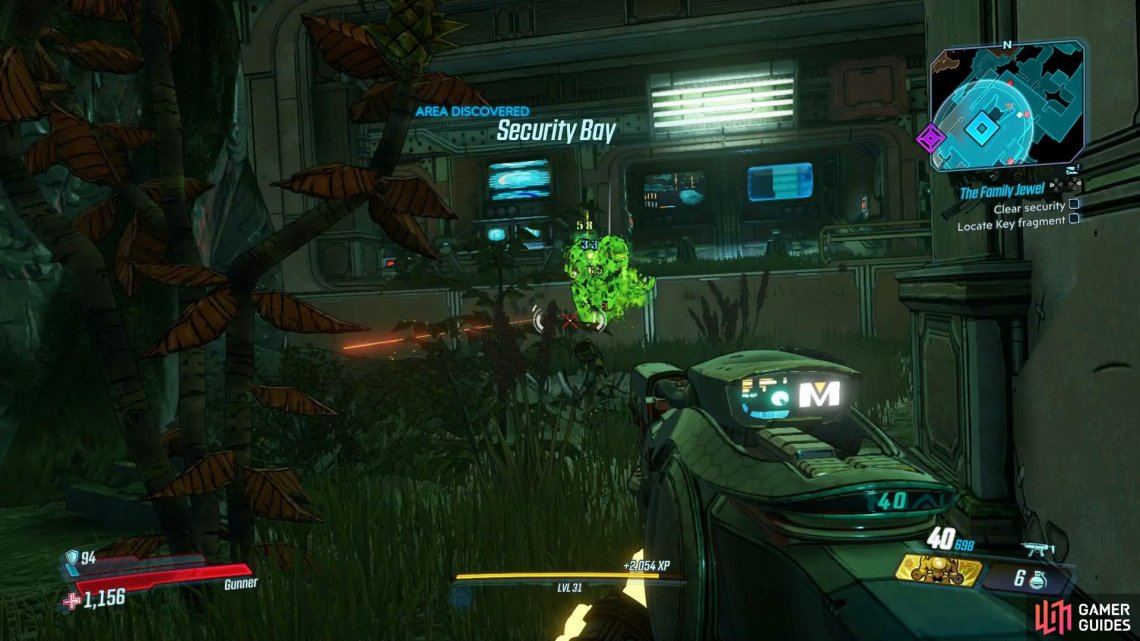 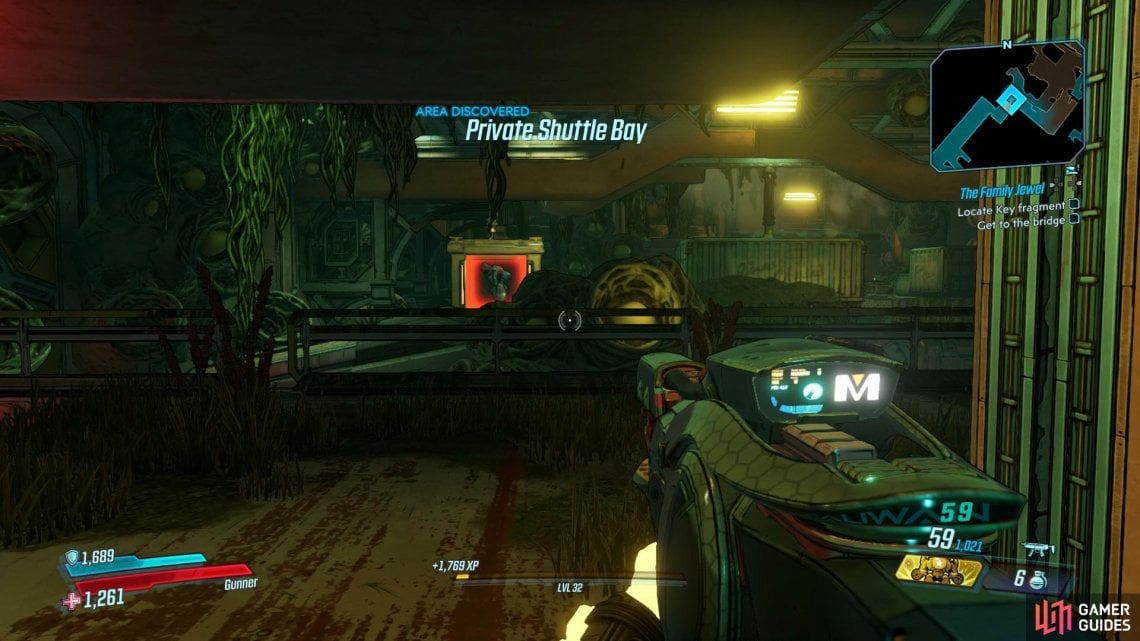 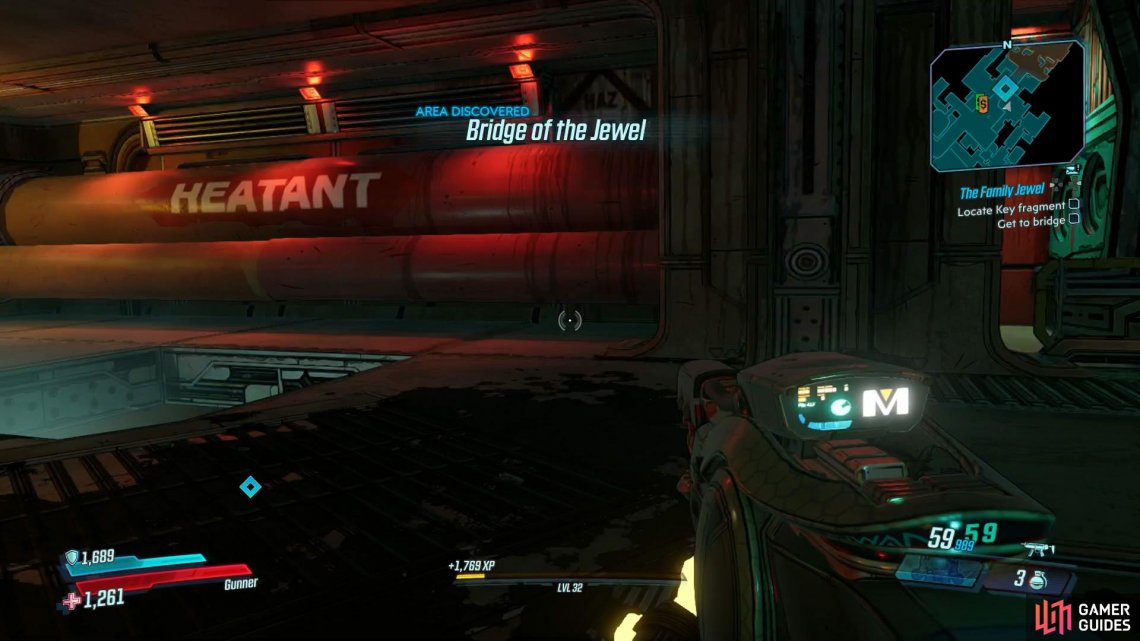 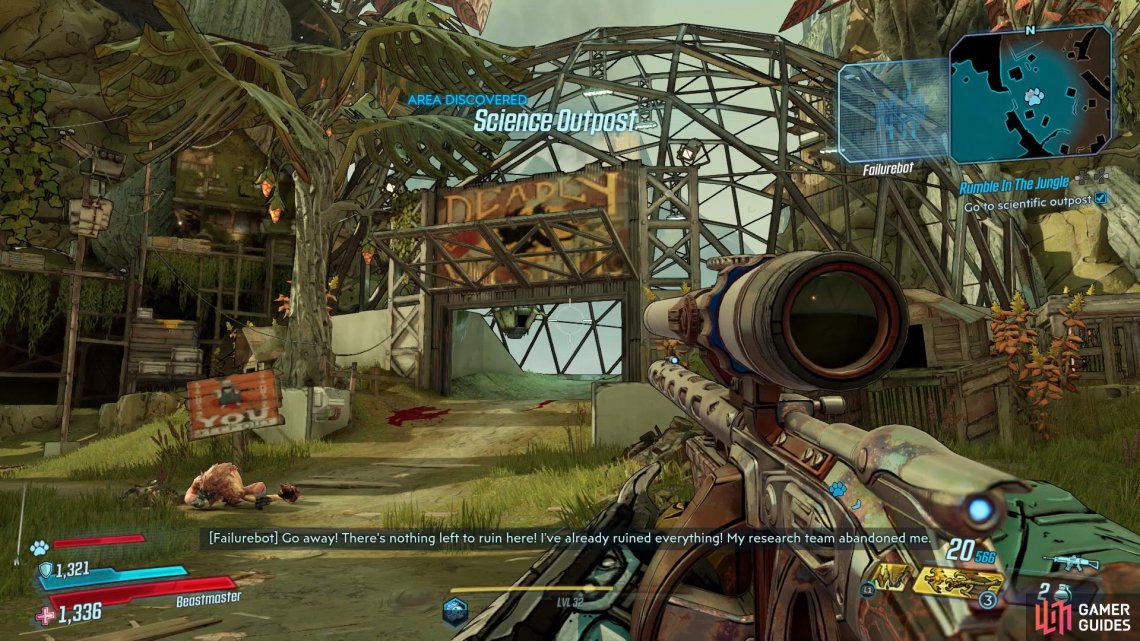 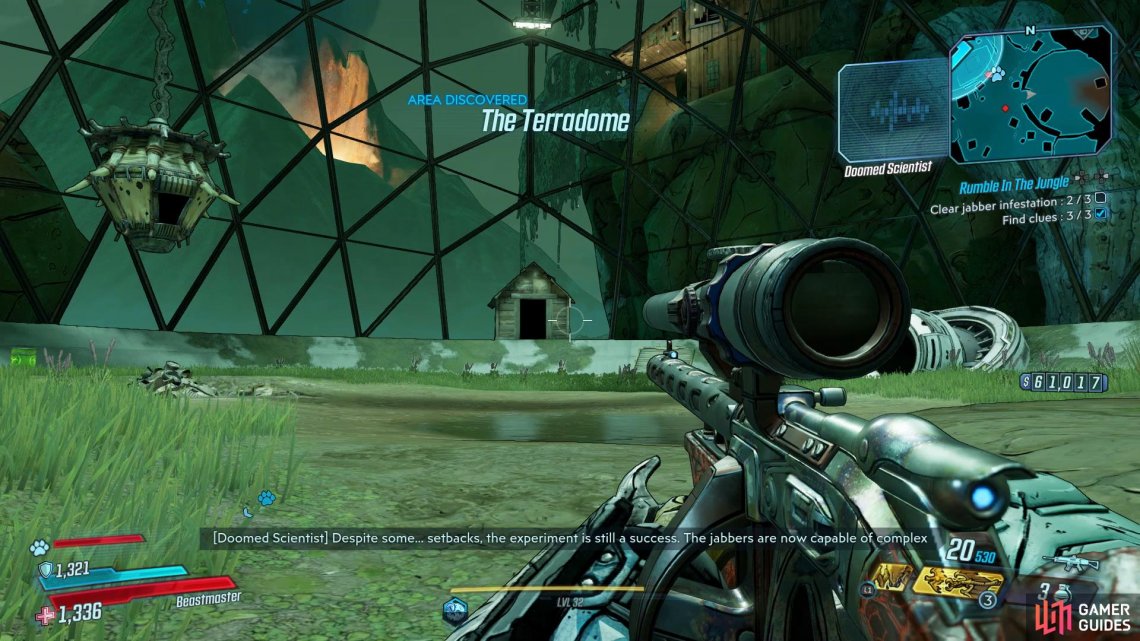 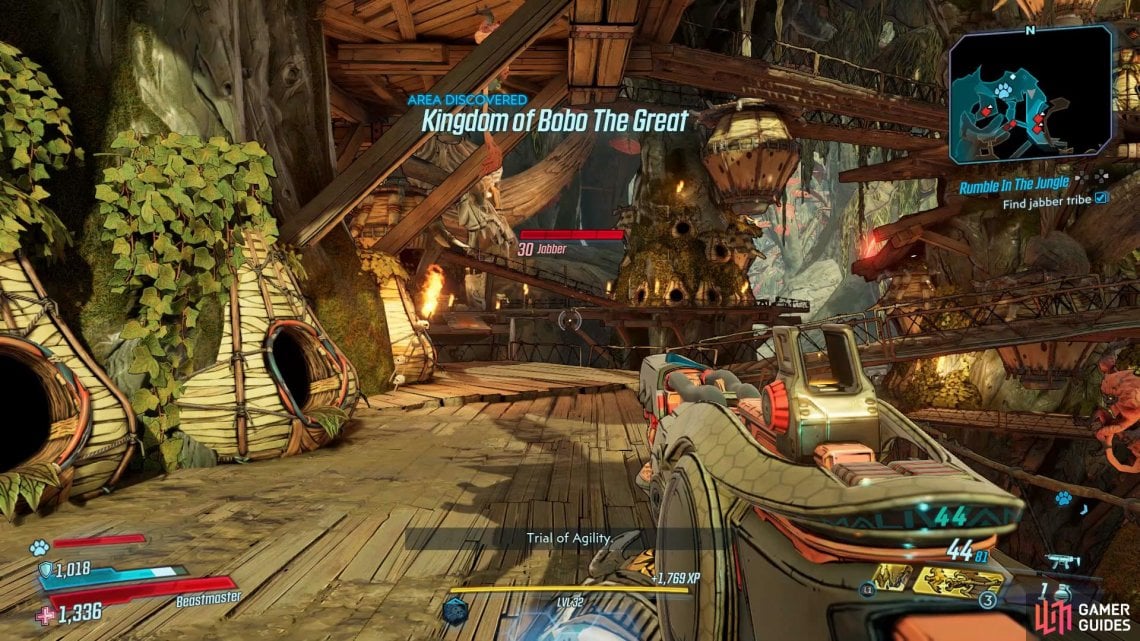 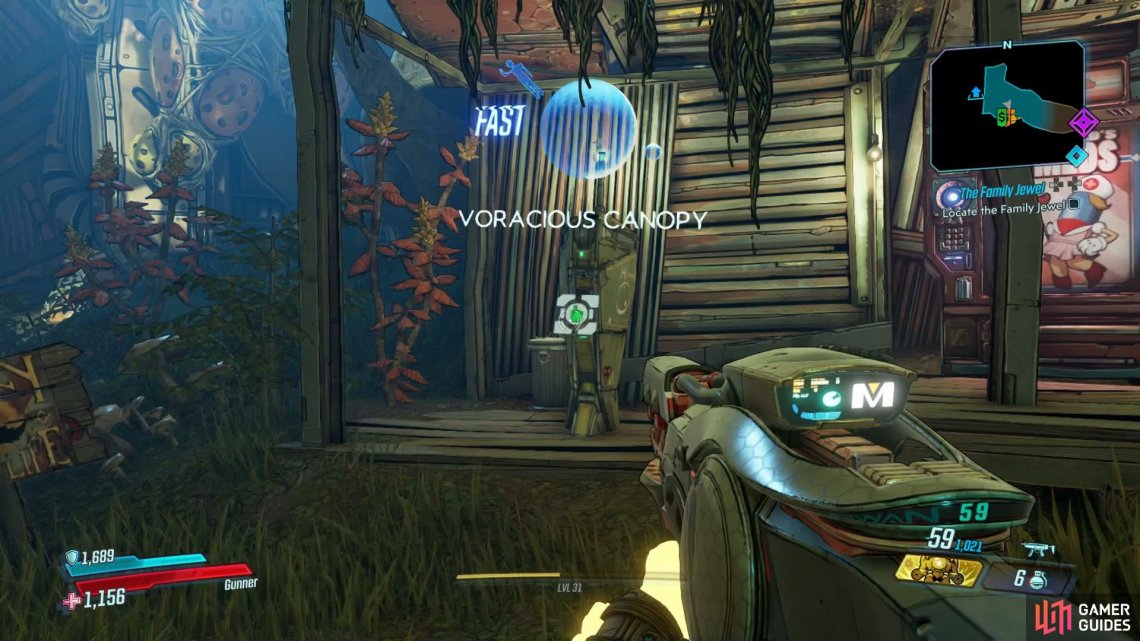 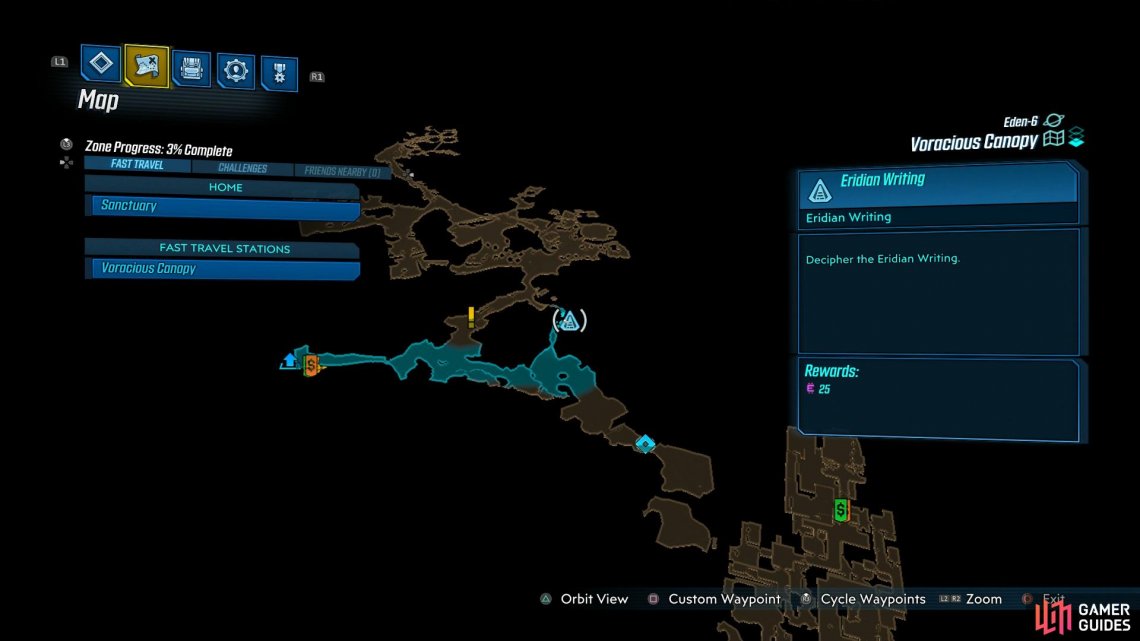 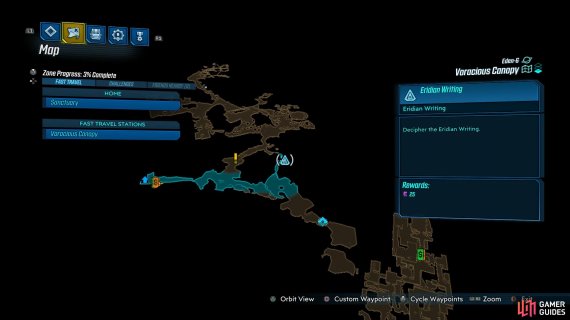 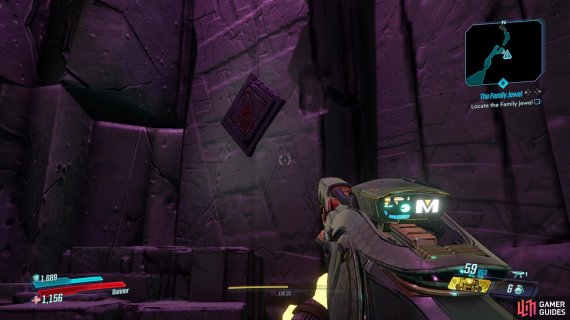 Head to the cave behind the waterfall from the south (left), the Eridian Writing can be found on the wall inside. (right) 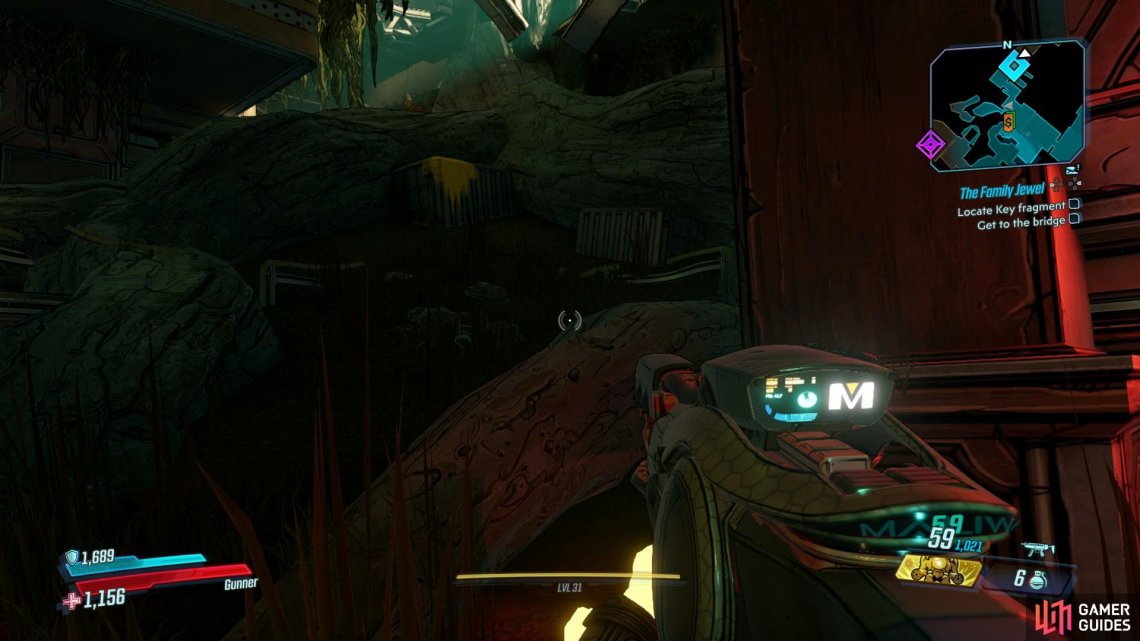 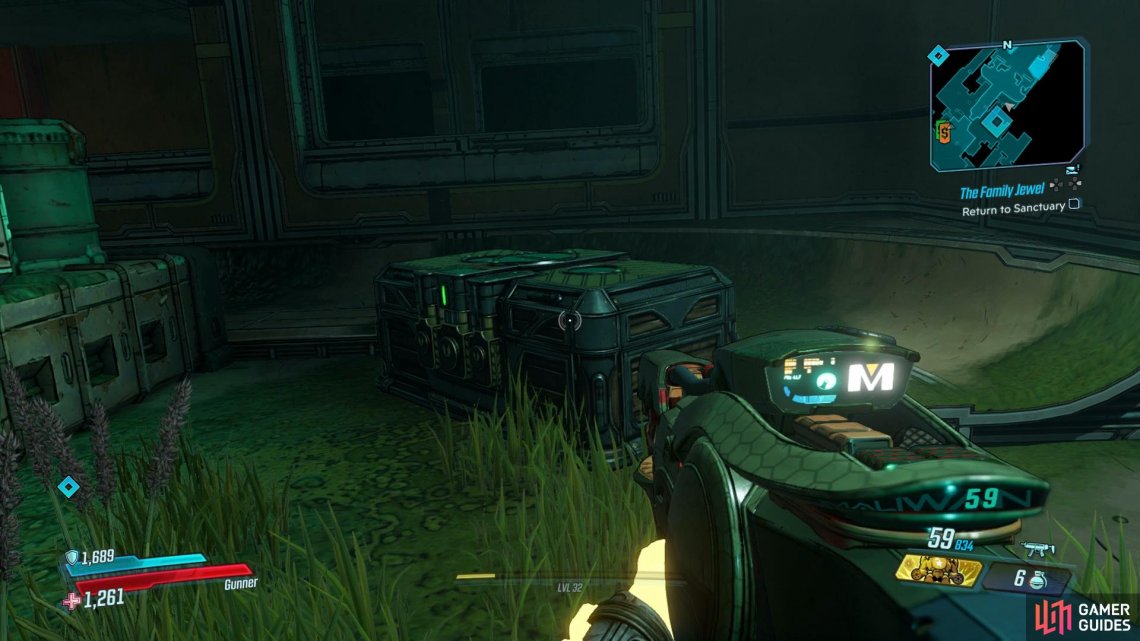 This chest can be found at the end of the Zone, after defeating the boss. 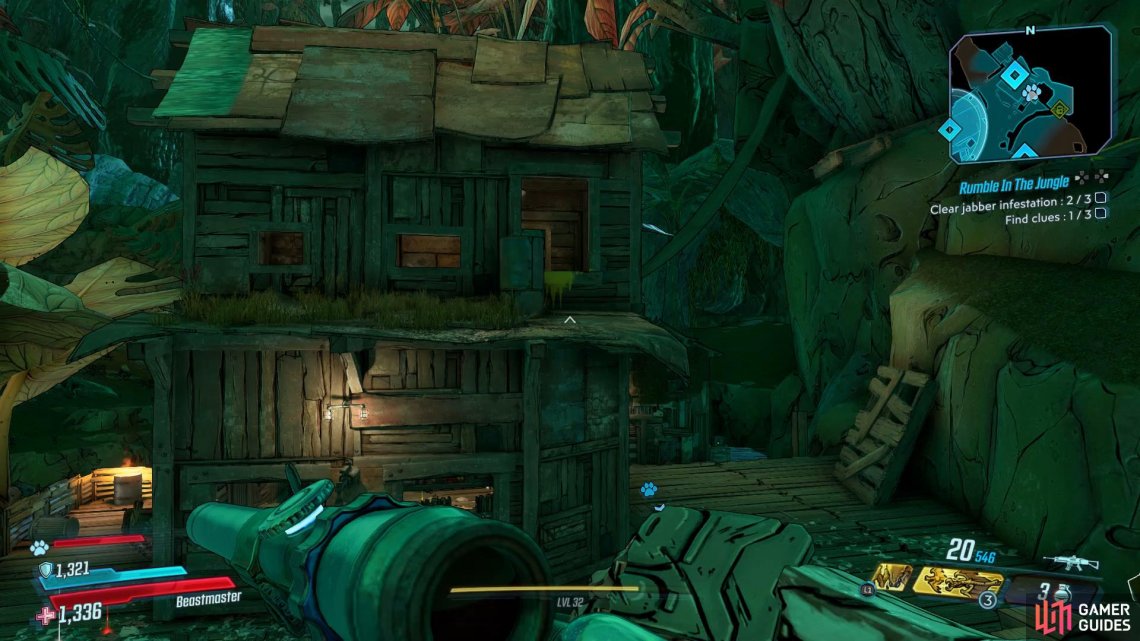 (1 of 3) Jump up onto this ledge near the west side of the Science Outpost,