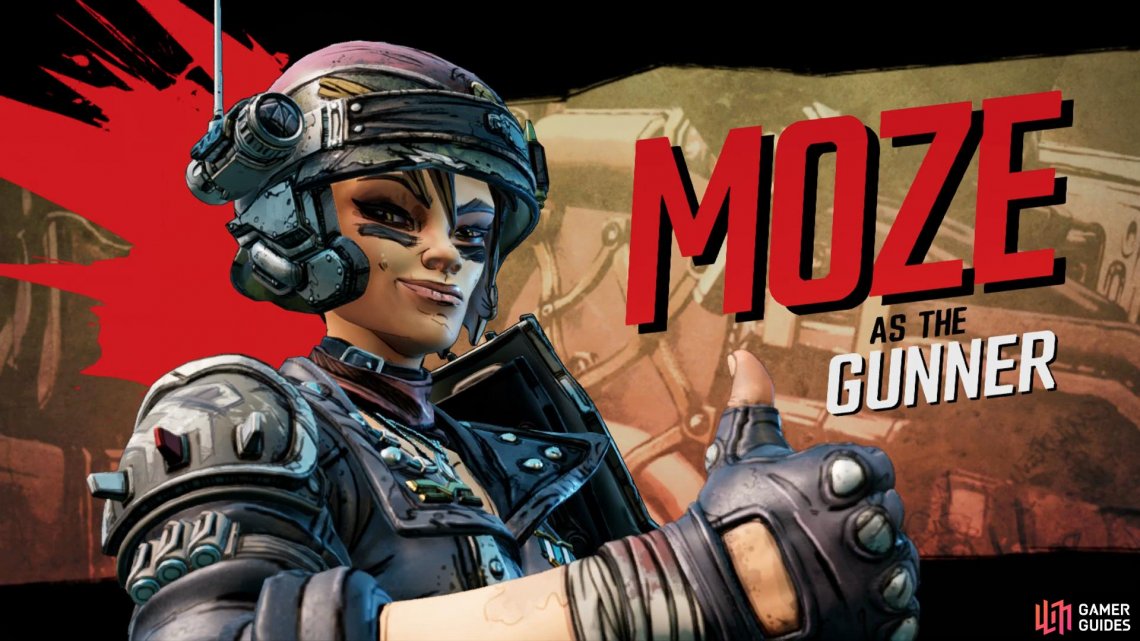 Moze’s playstyle is featured around dealing as much damage as possible be it using her incredibly powerful Action Skill, Iron Bear or utilizing her many useful skills that up her Gun Damage or regenerates her magazines. Moze also has many skills that increase the damage of Grenades, splash damage or Explosions in general so it’s good to use Torgue weapons with her when you find a good one. As you reach the Endgame with Moze, her Iron Bear becomes less useful due to the scaling of enemies being able to one shot you out of it.

These Builds are effective at the time of writing however they may lose their effectiveness through future patches. As a result of this, this section will be updated should any changes arise.

The purpose of this Build is to deal high damage from your Critical Hits while also having regenerating ammo and high Shields. You’ll pump out the damage at insane rates and deal even more to enemies weak to Incendiary.

This Build focuses on Moze’s ability to deal out massive amounts of Splash damage. You’ll want to focus on Torgue weapons that focus on Explosive damage and your Grenades will still pack a punch, even if their effectiveness has been decreased a little in a recent patch.