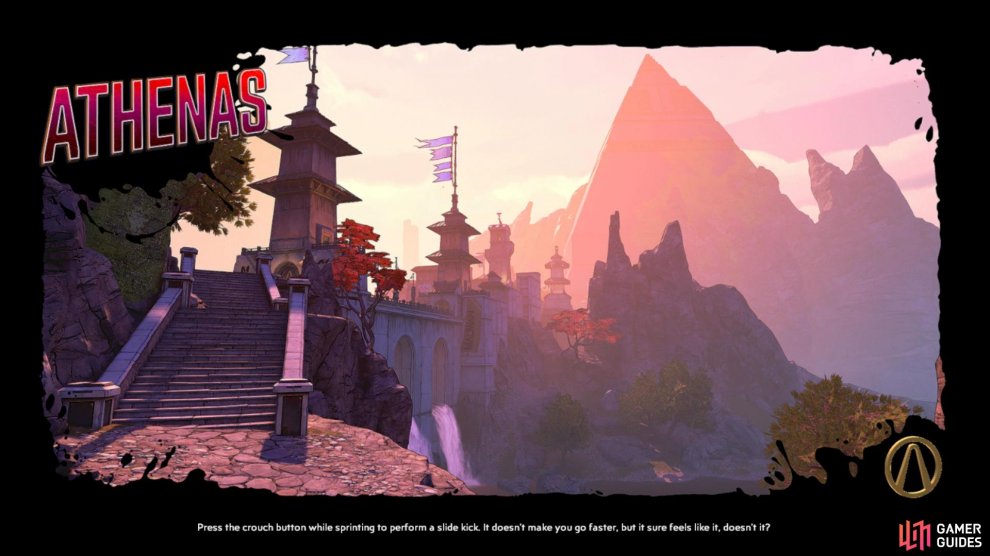 Make your way to the first courtyard in The Anchorhold and look for the speaker on your right and climb the small building. From here you can jump over to two crates, leading to a yellow painted pillar. Look to your left up here and climb another crate followed by jumping up to the roof to your right. Finally, leap across to the ladder and look behind the wall for the final ladder leading to the Crimson Radio. 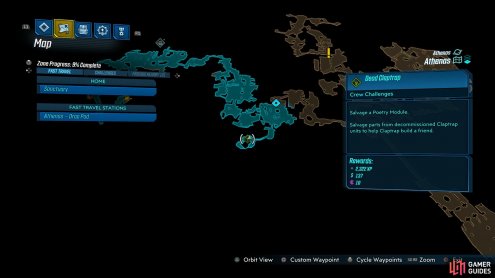 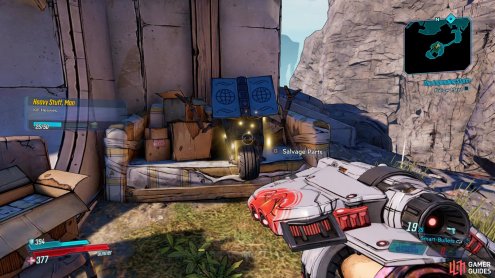 If you head to the south of Windward Plaza, you'll spot a path leading to a lone house. Defeat the Pyrotech Heavy that drops down and then claim the Dead Claptrap on the sofa. 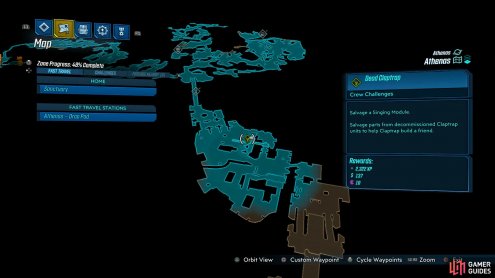 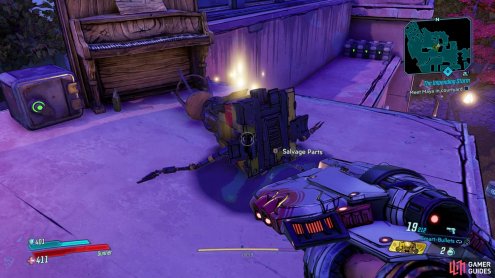 Once you reach The Anchorhold and pass into the courtyard following the Crimson Radio, clear out the enemies and then climb the stairs to the east to find a crate. Climb this crate and to find the Dead Claptrap and a White Chest.

Head south and to the west of The Holy Distillery to spot some yellow paint on the western wall. Climbing this leads to Chupacabratch's den where he'll attack you with a whole host of Ratch. Focus on Chupacabratch and shoot him in his mouth when it's open, it's possible drops include the Legendary Grenade Mod, [Chupa's Organ]. 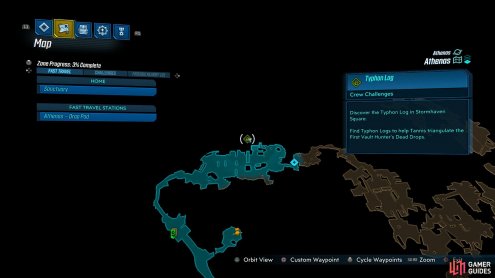 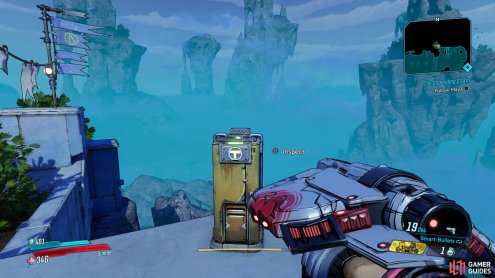 As you enter the courtyard in Stormhaven Square, look for the northern most house and climb the house to the east of it, allowing you to jump over to the house with the Log. 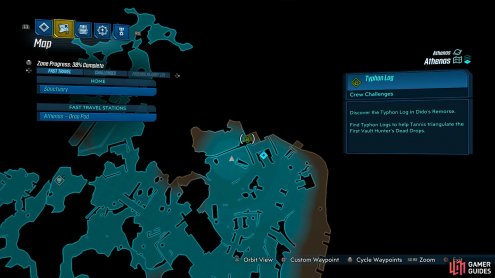 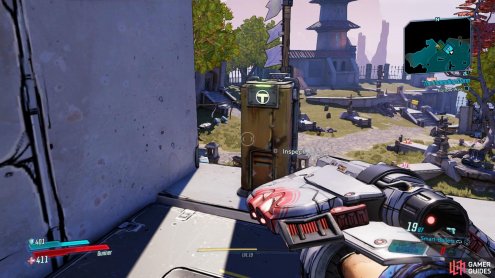 Make your way to the eastern graveyard, Dido's Remorse, and search the northern wall for a crate allowing you access to the Log. 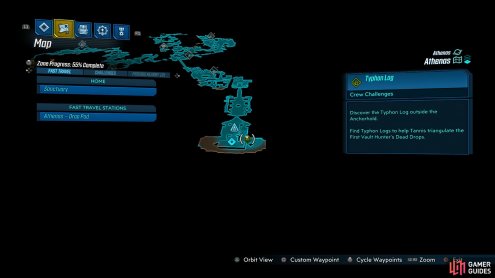 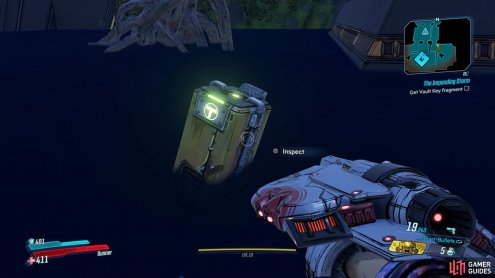 After defeating the boss in Athenas, proceed with Maya into the room following it, the last Log sits in the water. 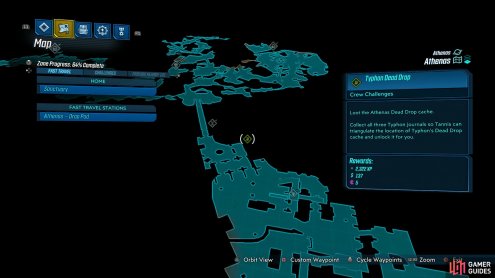 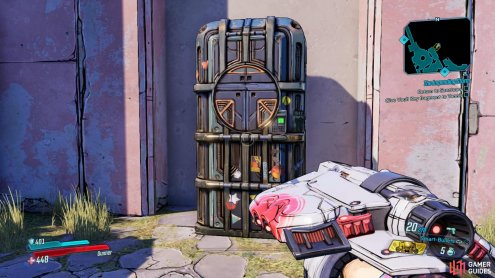 Return to where you found the Crimson Radio in The Anchorhold and head around the eastern edge of the wall to find this Dead Drop.