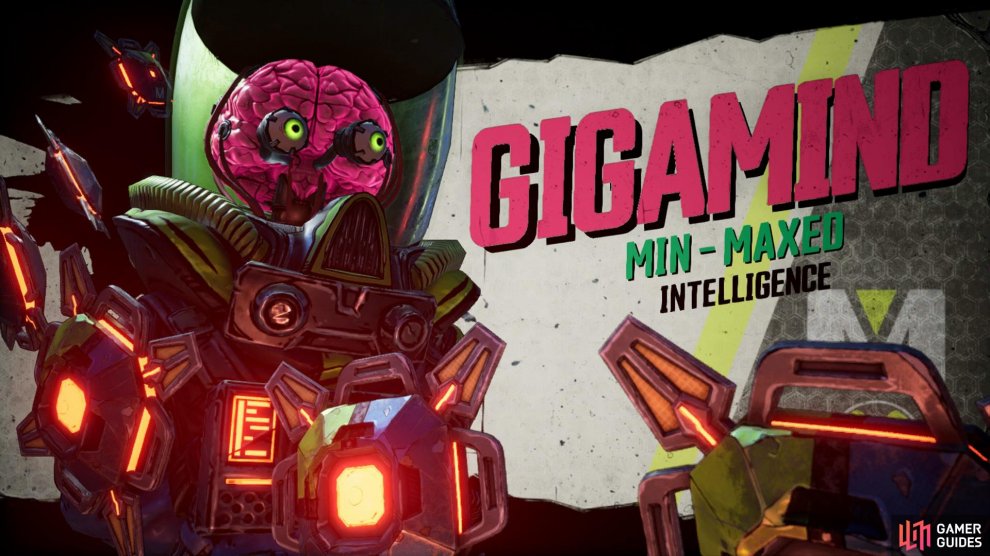 The first thing you'll notice about Gigamind is that it's a walking brain essentially, the second is that it has a Shield you'll need to take down before you begin damaging his health. For this reason alone, you'll want equipment that deals Shock damage, be it weapons, grenades or even Action Skills. You can shoot the pink spot on the back of its head to deal Critical damage however when playing Solo, your opportunities may be limited here.

The battlefield is open with many pieces of cover however you may not get a chance to use it that often due to the constant respawning Maliwan Troopers, whittle a few down but don't waste too much time on them, they'll keep coming throughout the battle however do use them to get yourself back up should you enter Fight for your Life.

While Gigamind has it's Shield up, it'll only skirt around the battlefield doing basic attacks but once the Shield drops, it becomes a lot more lethal. To begin with, you may notice a green shield that appears from time to time when it returns to the center, this indicates a barrage of bullets is about to begin so keep on the move to avoid them and wait until it's finished before resuming your assault.

This second phase is the best time to use your Action Skill if you're playing Moze or Amara, Cryo works especially well against Gigamind as you can slow it down and score some easy hits on it's weak point. Provided you keep on the move, prevent the battlefield from getting to crowded and focus on the weak point, Gigamind shouldn't pose too much of a threat.

You may wish to consider farming it after, it has the ability to drop the unique Legendary SMG, [Smart Gun XXL]. This SMG will deploy Spider Brain Bots when you reload your weapon that will seek out their foes and attack them, very useful indeed. 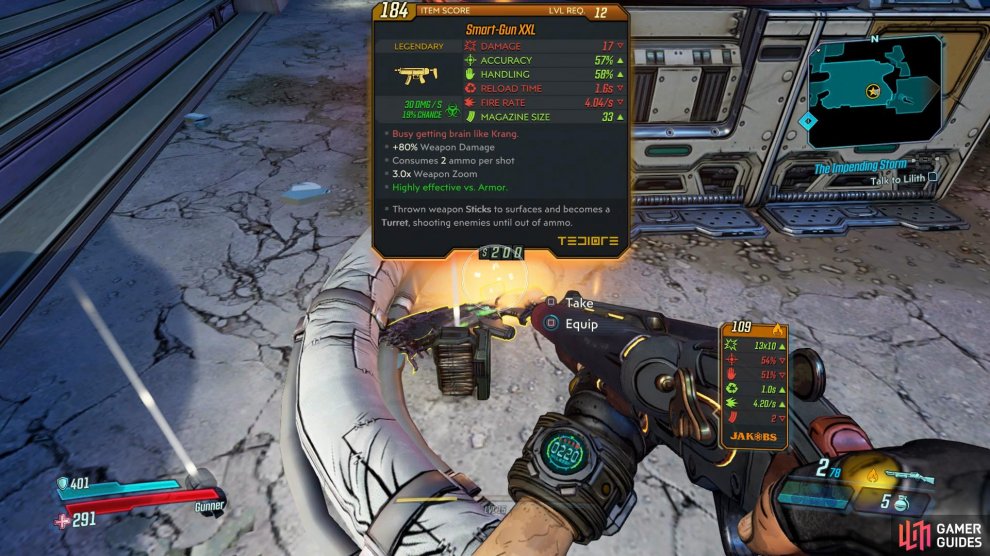