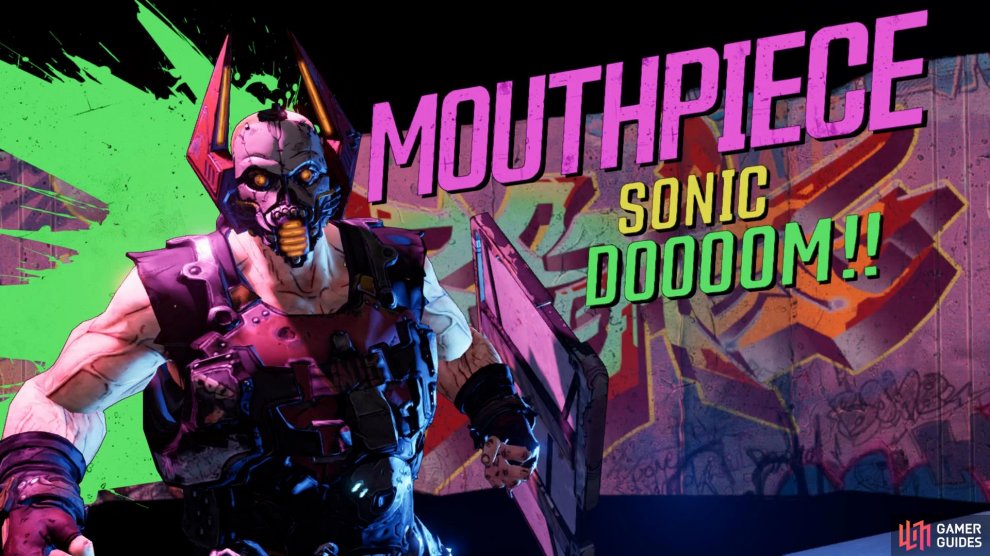 The first thing you should take note of as you enter this arena is the stacks of Speakers all around the edges and center. If you’ve been paying attention to these during the Holy Broadcast Center, you’ll know what to expect here in that once they begin to glow pink, a sound blast will shoot out in front of it dealing heavy damage. The problem here is that there’s many of them that will go off at once so you’ll need to keep an eye on which ones are pink and move accordingly, it sounds simple in practice but while you’re focusing on the boss, you can lose your bearings. The trick to identifying whether you need to run into the middle or stay on the edges is by looking at the cables on the ground, they’ll glow pink when they’re charging up.

The battle with Mouthpiece begins with him siccing his subordinates, the Apocalytes on you. These are simple bandits but you should take them out as soon as possible, the last thing you need is their damage adding to Mouthpiece owns while you fight. You can however use them as an extra source for ammo and health as the fight draws on, remember this should you run low. Additionally, you’ll find small chests all around the arena that will supply you with health and ammo so if you find yourself low, then make a run for it to top yourself up. 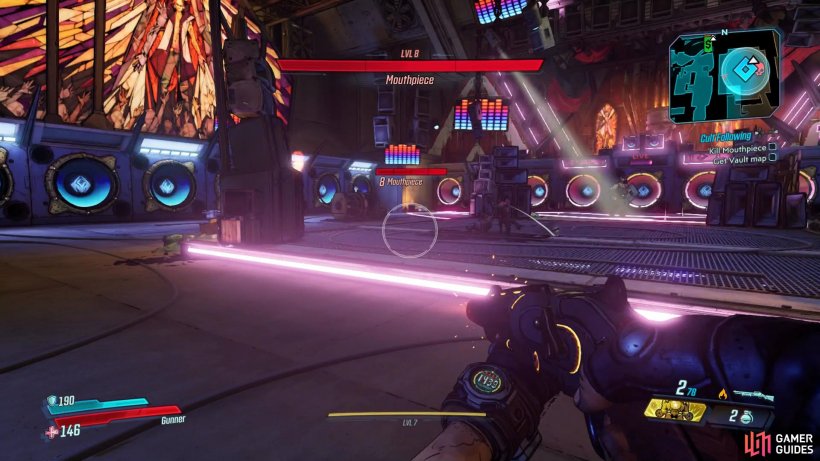 Mouthpiece himself isn’t too special, he comes equipped with a large shield that covers his front, this means you’ll need to shoot him in the back, a task done easier in either Group play or when controlling FL4K (use his pet as an extra target) or Zane (make use of Digi-clones). Alternatively and more lucratively, aim for Mouthpiece’s head where you’ll deal more damage as his shield doesn’t cover it.

A good Shotgun helps here, especially if you was fortunate enough to get the Legendary from Under Taker earlier and both Moze’s Iron Bear Action Skill and Amara’s Phaseslam will allow you to deal large amounts of damage to Mouthpiece quickly. As long as you keep on the move to avoid the speakers and prevent too many Apocalytes from being out at once then you shouldn’t have too many problems as Mouthpiece himself is little threat.

The potential rewards for Mouthpiece is the unique Rare Pistol [The Killing Word], a COV pistol that fires in waves. If you’re even more fortunate or take the time to farm it, Mouthpiece will also drop the unique Legendary Maliwan Shotgun [Mind-Killer] which can shoot both regular or charged shots, a fantastic Shotgun if you can grab it. 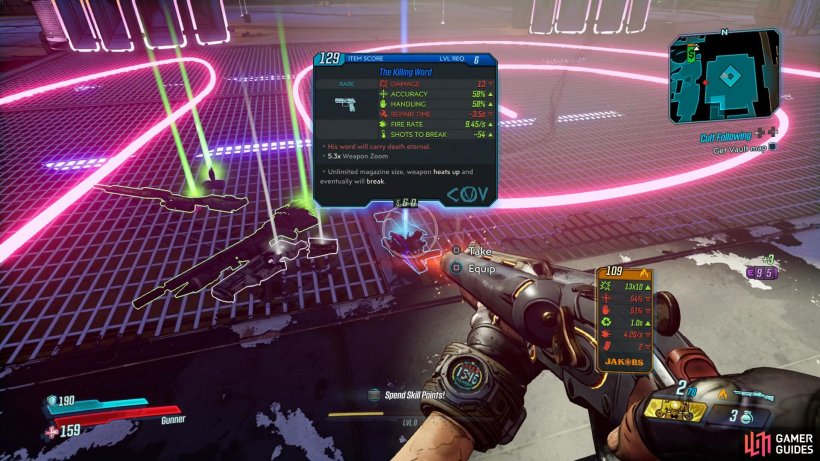 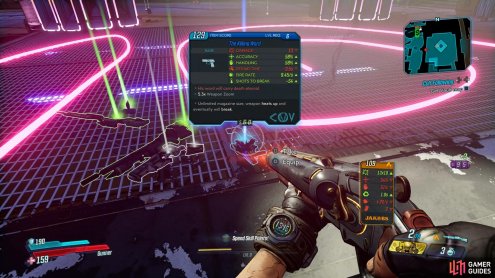 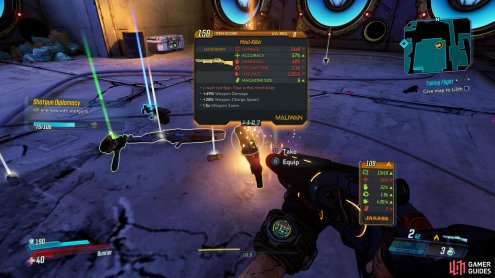 Note: In order to farm Mouthpiece, you’ll have to pick up the Vault Map and see the following objective update before quitting and reloading.