One of the bigger systems in Ni no Kuni II is its kingdom mode, where you build up a kingdom from scratch. What good is a kingdom without citizens to occupy it? Throughout the game, you will be able to recruit a total of 100 citizens. Note that the in-game list under Library lists 103 citizens, but Evan, Roland and Lofty all count towards on that list. Other than gaining a few during the main storyline, there are two main ways to recruit new citizens to your kingdom, either through Sidequests or through Swift Solutions.

The former is self-explanatory, but for the latter, you need to complete Errands for Swift Solutions to earn Tokens of Gratitude. Once you have earned enough Tokens, you can redeem them and use the option Scout for New Citizens, which will bring up a list of citizens that can be recruited. Pay the required number of Tokens to get a sidequest using that list, where all you have to do is speak with the NPC to officially recruit them to your kingdom. 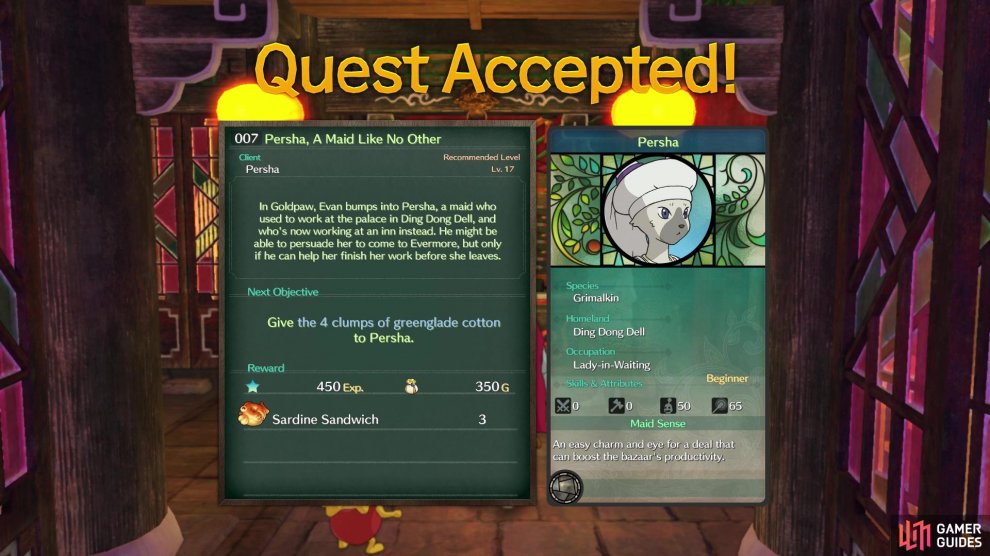 Every Citizen in the game can be assigned to a facility in your kingdom, with the exception of Evan, Roland and Lofty. Each one will have a facility they are suitable for, shown as a star when picking a facility to assign them to. Likewise, every citizen has a skill, which is used when doing research at facilities. Some pieces of research will require a specific skill, so you will need certain citizens in order to conduct that research.

Warning: Despite Lofty, Evan and Roland being listed on the in-game Citizens List, they do not count towards the total needed to upgrade your kingdom.

Note: The citizens are listed in the order the in-game list is sorted. Go to Library, then Citizens List to view it.