The following quests are available upon first reaching Alcamoth in the main story. It might be best to wait until you have full access to all of the locations and landmarks before you hunker down to do them all.

Popipo’s son hates to be outside lately, so he wants you to talk to him and work out what the problem is. Baroba is Popipo’s son and he is right next to the Main Entrance, so speak with him to find out Baroba doesn’t like to be picked up, so he asks you to bring him something stinky. To solve this problem, Baroba wants you to bring him 5 Ether Roses, which are a collectable in Satorl Marsh. They shouldn’t prove very hard to find, so once you do, bring them back to Baroba. Report back to Popipo after finishing the previous objective.

Looking for a Lost Son¶

Vol’aren’s two children were playing outside, but his son is now nowhere to be seen. Since he can’t leave his daughter’s side, he wants you to go find his son for him. Atael can be found northeast of his father’s position, in the corner on the ground floor (during the day). Speak with Atael, then return to the father. 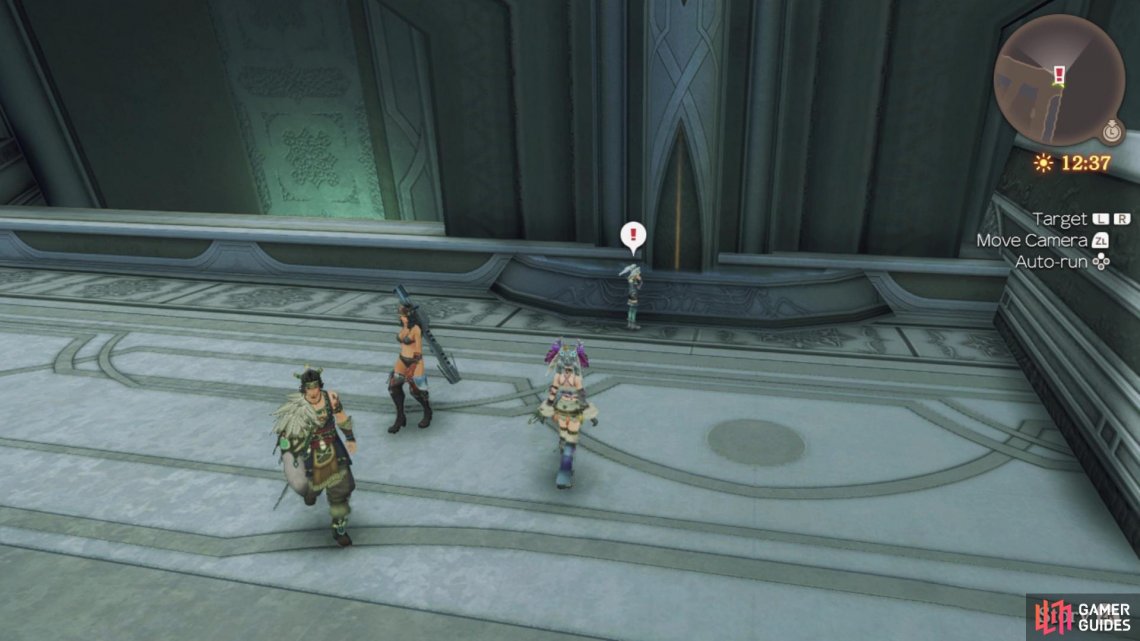 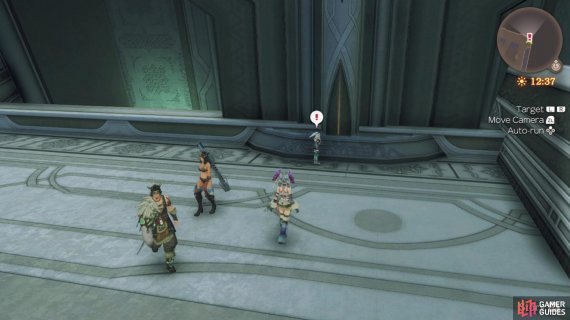 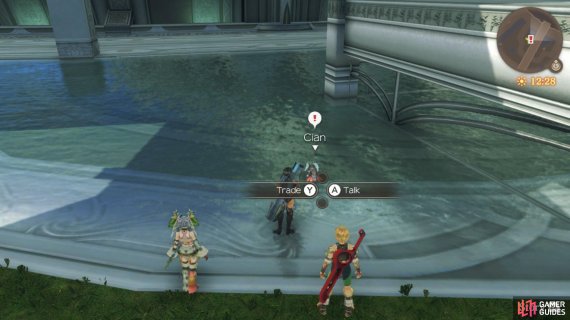 Looking for a Lost Daughter¶

After completing Looking for a Lost Son, speak with Vol’aren again to find out his daughter is missing this time. East from the Fountain of Hope is the ramp that leads to 1F of Alcamoth. Staying on the ground floor, follow the ramp to the north (on the western side), and you will find Cian standing in the shallow water. Talk with her, then return to her father.

Teelan wants to grow up to be a scientist and is looking for a particular bug, which happens to be the Gold Caterpillar. He needs a whopping 9 of them, and you can find them in Tephra Cave, as it’s one of the collectables there. If you don’t feel like running around and searching for them manually, you can also trade for them with two NPCs in Colony 9. Jolele has them at three stars Affinity, while Francoise has them at four stars Affinity. Once you have the bugs, return them to Teelan.

Before you can begin this quest, you need to have Mir’leiz registered on the Affinity Chart; he can be found by the southern twisted bridge, southwest of the Imperial Palace (06:00 - 18:00). Once you’ve talked to him and have him on the Affinity Chart, speak with Merisa to begin this quest. Mir’leiz went to train at the Eryth Sea and it’s very dangerous there, so Merisa wants you to bring him back. He can be found on Hovering Reef 1, which is the first floating island that you could visit when you first got to Eryth Sea. He’s in one of the alcoves on the island, so speak with him to have him return to Alcamoth, then go back and talk with Merisa. 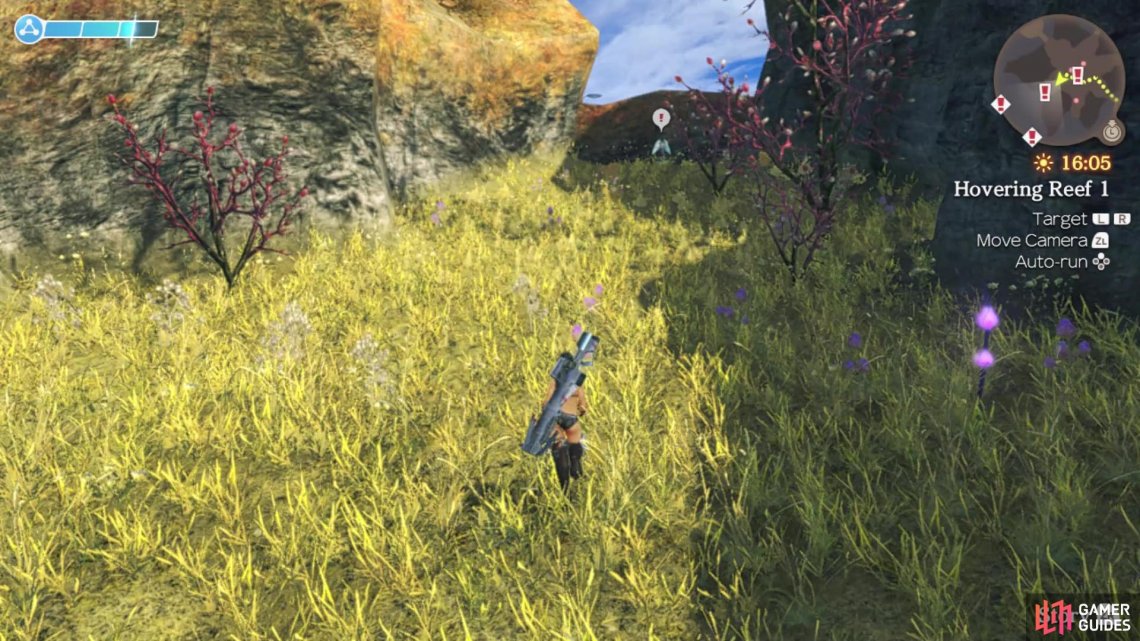 The location of Mir’leiz for Bring Back My Son!

In order to get this quest, you will first need to complete Bring Back My Son!, then you will find Mir’leiz to the southwest of the Imperial Palace landmark during the day. After being rescued, Caul has agreed to become Mir’leiz’s instructor, but doesn’t have the teaching materials he needs. You will need to speak to Caul, who is available during the night (18:00 - 06:00) and can be found north/northwest of the Imperial Palace landmark. The items he needs to begin the instruction are 3 lots of Murky Eluca Water from Perna Elucas in Eryth Sea. You can find some of these enemies on Latael Shore, so defeat them, loot the chests and if you don’t get the item in question, then fast travel to the same landmark (Latael Shore) to try again, which should make the enemies you need respawn.

Note that both Kurralth and Jarack (Eryth Sea; Ether Plant) have the Murky Eluca Water as an overtrade item; you’d need to trade something that has a difference of 1,510G with the item you’re trading for. Also, if you managed to get the Upper Bionis area’s affinity to two stars, then Baroba in Alcamoth has the item for trade (same price as listed above). Once you have the items, return to Caul, then report back to Mir’leiz.

Before you begin this quest, you will need to speak with Galvin, who should be across from Lecrough, guarding the other side of the same stairs, which will add him to the Affinity Chart. Once you do that, speak to Lecrough to begin this quest. It seems like that Lecrough’s friend, Galvin, was defeated by some monster and he’s making another attempt at it. The problem is that Lecrough has been assigned to another mission, so he needs you to help Galvin defeat this monster. You will need to defeat 6 Eryth Hilns to complete this quest, which are the smaller flying creatures found all throughout the map. Upon defeating the required number, return to Lecrough to report your deeds.

Brave Actions and Protect the Capital!¶

In order to begin these two quests, which are kind of joined together, you need to have finished both A Friend in Need and Teaching Materials. Once you have, speak with Mir’leiz, who mentions that there has been an unusual increase in monster numbers at Eryth Sea. He wants you to go speak with Lecrough, so go ahead and do that. Lecrough asks you to defeat 2 Buono Nebulae in the Eryth Sea, but he will also give you another task to do, which will trigger the beginning of Protect the Capital! This task will add 2 Bono Nebulae to your list of targets. If you wish to complete both tasks, simply take down two Bono Nebulae first, auto-completing Protect the Capital, as turning in Brave Actions before completing the other will make it so it’s completely gone.

To begin this quest, you first need to speak to Kurralth and have him registered on the Affinity Chart. Luckily, Kurralth should be right next to Zain, so you shouldn’t have to look very far. Both Zain and his partner, Kurralth, are preparing for an adventure and need some water that won’t freeze on their trip. He will need three water samples from three different waterfalls, which are from Kasharpa Falls on Bionis’ Leg, near the Sororal Statues in Satorl Marsh, and Great Makna Falls in Makna Forest. You are looking for three red orbs at each location, which aren’t too hard to find. 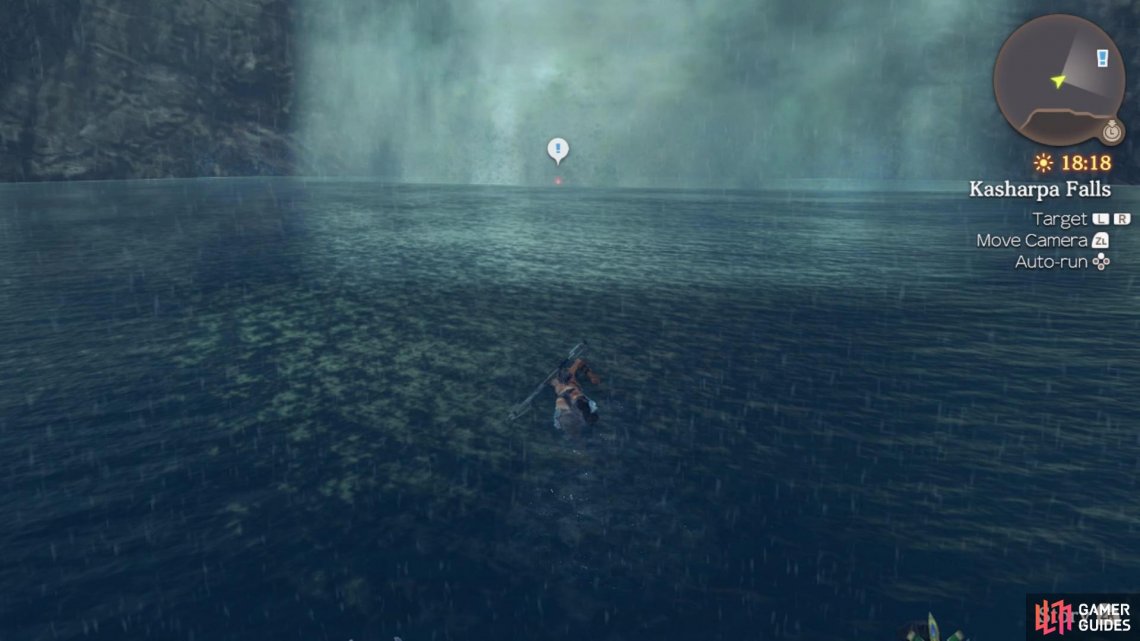 (1 of 4) The location of the Kasharpa Water

Kasharpa Falls is on the upper level of Bionis’ Leg and is just north of the Bask Cave Passage landmark; the Kasharpa Water is right underneath the waterfall. When you go to Satorl Marsh, fast travel to the Sororal Statues and jump in the water, then look north by northeast to find the Statue Water. For the Makna Water, you will need to swim out a good ways to the waterfall out in the distance, by Lakeside and Bridge One. It will take a while to get to the item, but there’s no enemies or anything, so you can turn on auto-run. Once you have all three water samples, return to Zain.

You need to have completed Preparing for Adventure to be able to start this quest. Kurralth has lost a container of cream which is necessary for travelling in cold climates. He says he dropped it near an ether deposit at Eryth Sea. The item in question is located on Anu Shore, so if you have the High Entia Tomb landmark in Eryth Sea, it’s best to travel to that. Jump off the platform (use the ramp to get over the railing), then use the cave to get to the upper portion of Anu Shore. The red orb will be right next to the edge of the map, on the right side, towards the middle. Note that you should be careful up here, as Lightspeed Sonid can spawn, which is needed for the Challenge 4 quest in Alcamoth. Return the item, once you have it, to Kurralth.

You need to have completed Preparing for Adventure 2 before this quest becomes available. Zain asks you for another favor before he goes out on his adventure, which is to defeat Lakebed Orthlus, as its liver is sure to be invaluable on their adventure. Lakebed Orthlus is a quest-exclusive Unique Monster, so you will only be able to find it during this quest. Anyway, Lakebed Orthlus is located on Agora Shore in Colony 9, which is on the eastern side of the map there. It is level 40, so fight it and it will drop the Orthlus’ Liver key item. Bring this back to Zain in Alcamoth. 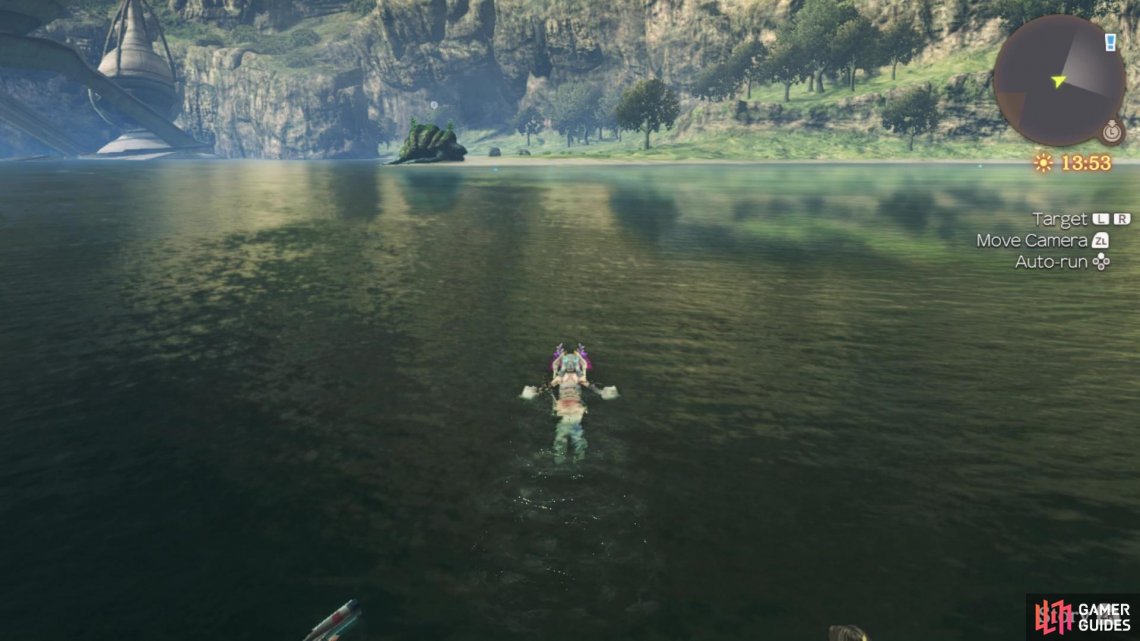 It’s very easy to spot Lakebed Orthlus, as it is pretty big.

To get this quest, you have to complete Preparing for Adventure 3, as well as have Miriall registered on your Affinity Chart. She can be found southwest of the Imperial Palace landmark, in the night time hours. Speak to Elior to start the quest. He looks up to Zain and Kurralth as adventurers and wishes to do something similar when he grows up. He wants to learn about the stars, so he asks you to find Miriall, who knows all about them. Find Miriall and she will express interest in this boy, but he will need his own telescope to view the stars. She asks you to procure the materials, which will be 2 Silver Eks Plates, that drop from Stella Eks in Eryth Sea.

If you’ve explored Eryth Sea a lot, then you might have these already. If not, you can find Stella Eks at any time, in quite a few locations. Such places include Anu Shore (the upper section), Hovering Reef 7 and 10, Khatorl Seal Island, and the small island below Hovering Reef 5. Beat them up until you get the plates. Alternatively, Lar’shen in Alcamoth offers them for trade at two stars, plus Lunara in Alcamoth and Shalen in Eryth Sea have them as overtrades (2,160G is their value). However you get the items, return them to Miriall, then bring the telescope to Elior.