Monster Quests ask that you defeat multiples of a certain enemy type. 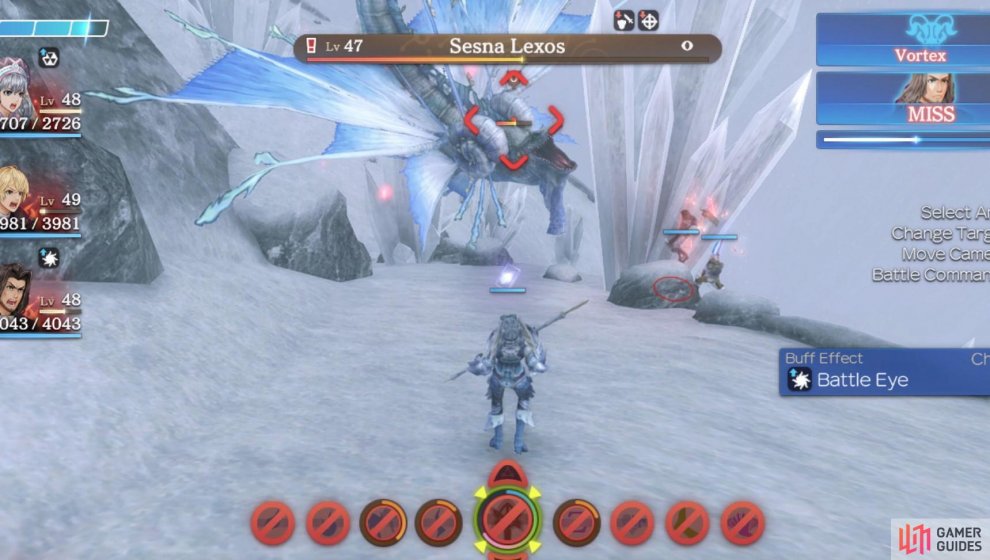 Whilst these Valak Mountain quests are not always given by Unique NPCs, the quests themselves are more complex than the monster slaying, collection, and search quests.

Upon reaching the Nopon Camp on Valak Mountain, you will be able to receive the quest, Chilkins and Antols from an unnamed Nopon Researcher. He asks you to defeat 5 Poleaxe Chilkins and 5 Ent Antols so that they can conduct their research of Valak Mountain in peace. There are many Ent Antol around but they appear to be most common around Mechonis Wound or on Bagnar Snowfield. Poleaxe Chilkins can be found on Bagnar Snowfield too, so farming both groups of enemies shouldn't be too difficult. Once you have defeated the required amount of both enemy types, head back to the Nopon Researcher to complete the quest.

This quest must be completed in order to unlock the Nopon Researcher's next quest, Valak Mountain Research. 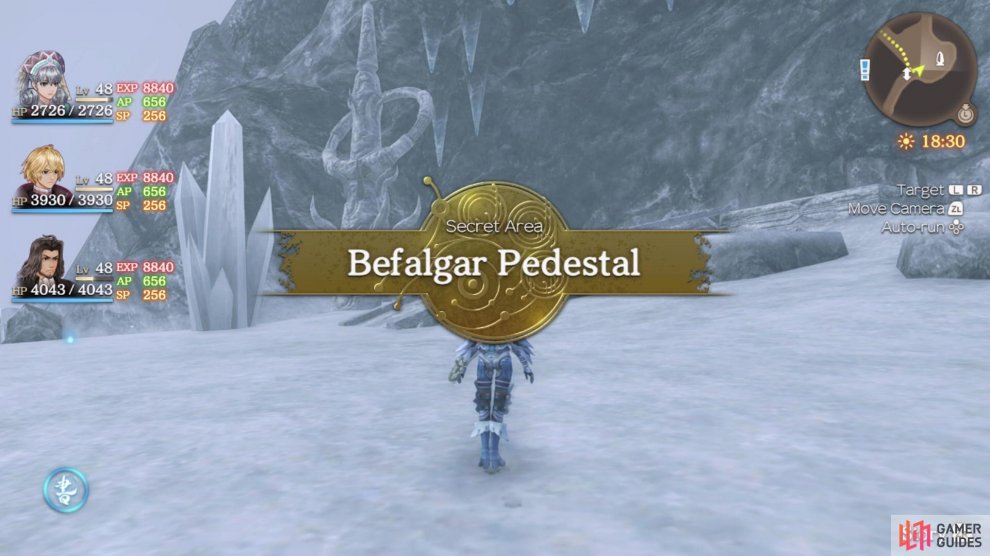 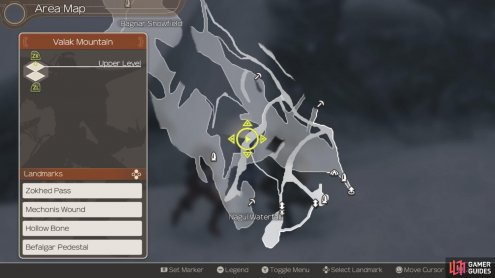 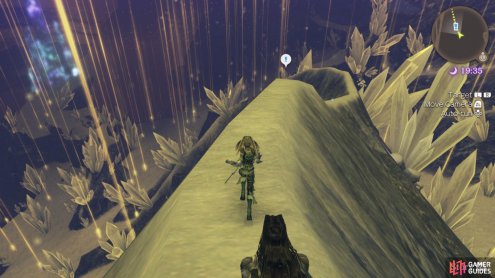 Once you have examined both views, you can head back to the Nopon Researcher and tell him your findings. He will ask you which view you liked best, your choice does not impact rewards or future quests, so you can just pick your preference here! Picking your favourite view will complete the quest.

This quest is given by a Nopon Researcher found on upper level of Valak Mountain. But to get to him you need to use Jakt Geyser east of Nopon Camp to shoot yourself onto the ledge that he's found on. He will ask you to fetch him several different hot foods to warm him up.

Once you have found all the required materials, you can head back to the Nopon Researcher to complete the quest.

To activate this quest you must have already completed story quest, The Magma Rock so that you are able to thaw frozen ice blockades. The Nopon Researcher who gives this quest is trapped behind an ice wall that you can defrost using the magma rock. The Nopon Researcher can be found half way between the map marker for Ignia Hill and Great Glacier. Once you have found him, he will ask you to defeat 4 Cunning Chilkins so that he can escape the cave. Upon accepting the quest, the Chilkins will be behind you blocking the way out. After defeating them, talk to the Nopon Researcher again to complete the quest.

Once you have completed, Bad Timing, you will be able to activate this quest from Dakuku who can now be found at the Nopon Camp. He will ask you to investigate the Chilkin Lair, which can be found south of Bagnar Snowfields. Once you have investigated, several level 39 Ent Antols will spawn. This has the potential to be a tough fight, since there are many Antols and a fair few Vangs flying around the lair as well. You can opt out of fighting if you wish as it is not required to complete the quest. Head back to Dakuku at the Nopon Camp to finish this quest.

This quest must be completed in order to unlock Dakuku's next quest, The Balance of Power.

The Balance of Power

This quest can only be activated by Dunban, because it unlocks his fourth skill branch, Obstinance upon its completion.

Dakuku will only give you this quest if Dunban is party leader. He will ask you to defeat the Antol Leader, Barbaric Sitri and the new Chilkin Leader, Banquet Vassago. Both can be found in Antol Den, which can be tricky to get to. You will need to use the ice slide from Hollow Bone landmark to reach it. You must jump twice to reach it; the first time is early into the slide and the second time will be when you're about to come to the end of the slide. It may take a few tries to get it, since the slide can be a bit difficult to maneuver down without tripping and taking fall damage. Once you're up on the ledge above the Nopon Camp entry, you will spot several Ent Antols and their boss, the level 47 unique monster Barbaric Sitri. It will be quite a tough fight since he is a high level and there are a lot of Antols around. Be careful when fighting, since your positioning is key to minimising the amount of enemies you aggro. In fact, in one of the larger Bonterra Pods, the quest-exclusive level 48 Chilkin Leader, Banquet Vassago will be hiding inside. If the pod hears you, then he will burst out. If he does not burst out of the pod, then you may want to just attack it to release him. This fight also has the potential to be quite tough, as there may still be some Antols around for you to aggro, as well as some Chilkin enemy reinforcements that will join in later into the fight. 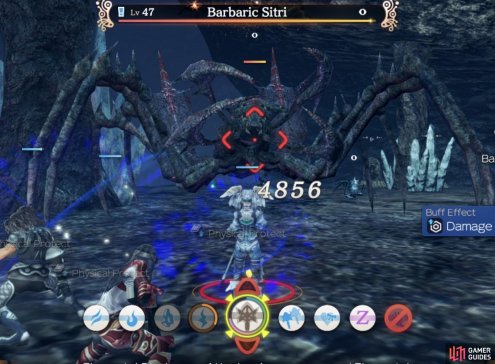 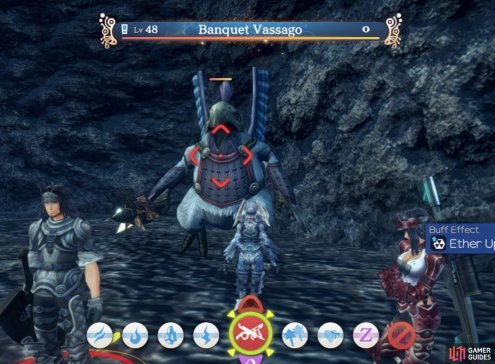 Once you have defeated both leaders, head back to Dakudaku to complete the quest. Upon finishing the quest, Dunban will unlock his fourth skill branch, Obstinence. 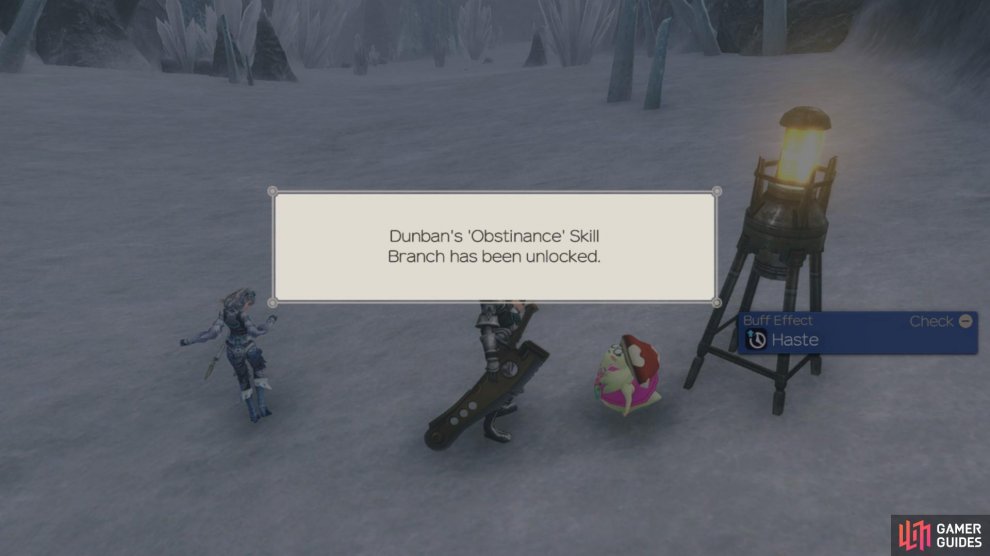