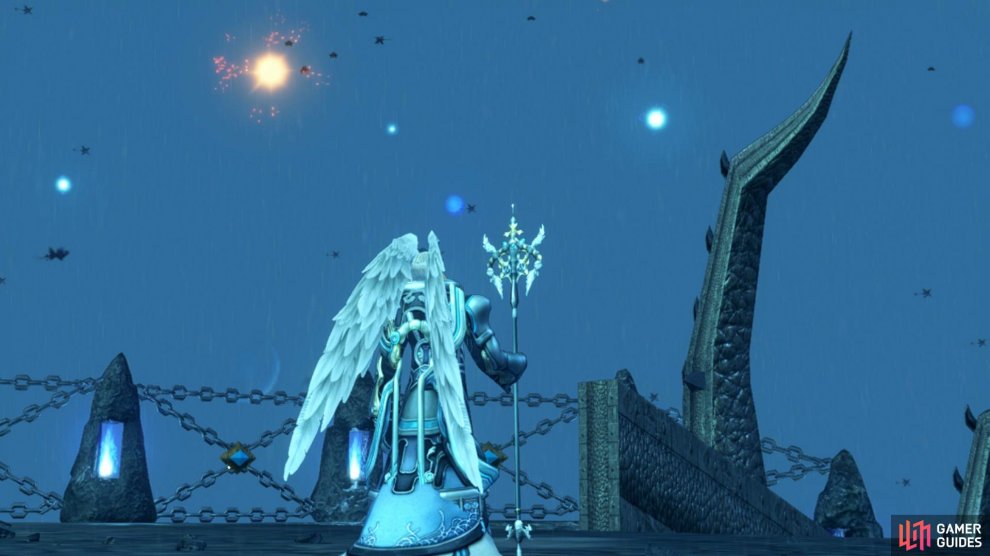 To reach Prison Island, the party needs to release the seals on Khatorl Seal Island and Soltnar Seal Island, two Landmarks you should have already unlocked as part of your Eryth Sea exploration. Begin by warping over to Khatorl Seal Island nad follow the winding path up, dispatching any necessary Hodes and Orlugas along the way and once you reach the top, you'll need to take out the simple Pelargos Ekidno along with the Hodes that accompany it. This is no more than a regular battle but make use of Melia's ability to hit multiple enemies at once if possible. Once the coast is clear, activate the nearby Seal Release and then warp on over to Soltnar Seal Island.

As you approach the bridge here, you'll see a group of Kromar on the bridge spearheaded by a Lv 40 Unique Monster, Subterranean Zomar. Despite being a Unique Monster, it's not too different from a regular Kromar so take out the regular Kromars first and then focus down Zomar but be wary of it's Down Spike when Toppled. Continue to make your way past the numerous Kromar as you make your way to the top of this island where one final group of Kromars await. Upon making short work of them, interact with the Seal Release here to complete the Story Quest and open the path to Prison Island.

Warp back to Central Seal Island and you'll find the Seals you released have raised the walkways in front of you so take either one up to reach the final Seal Release and activate it to trigger a scene followed by a forced battle with a Lv 40 Skyray who, once again, despite the music, is more of a regular encounter similar to the other flight based enemies in Eryth Sea. Once you regain control, make use of the nearby transporter to be whisked off to Prison Island at last. 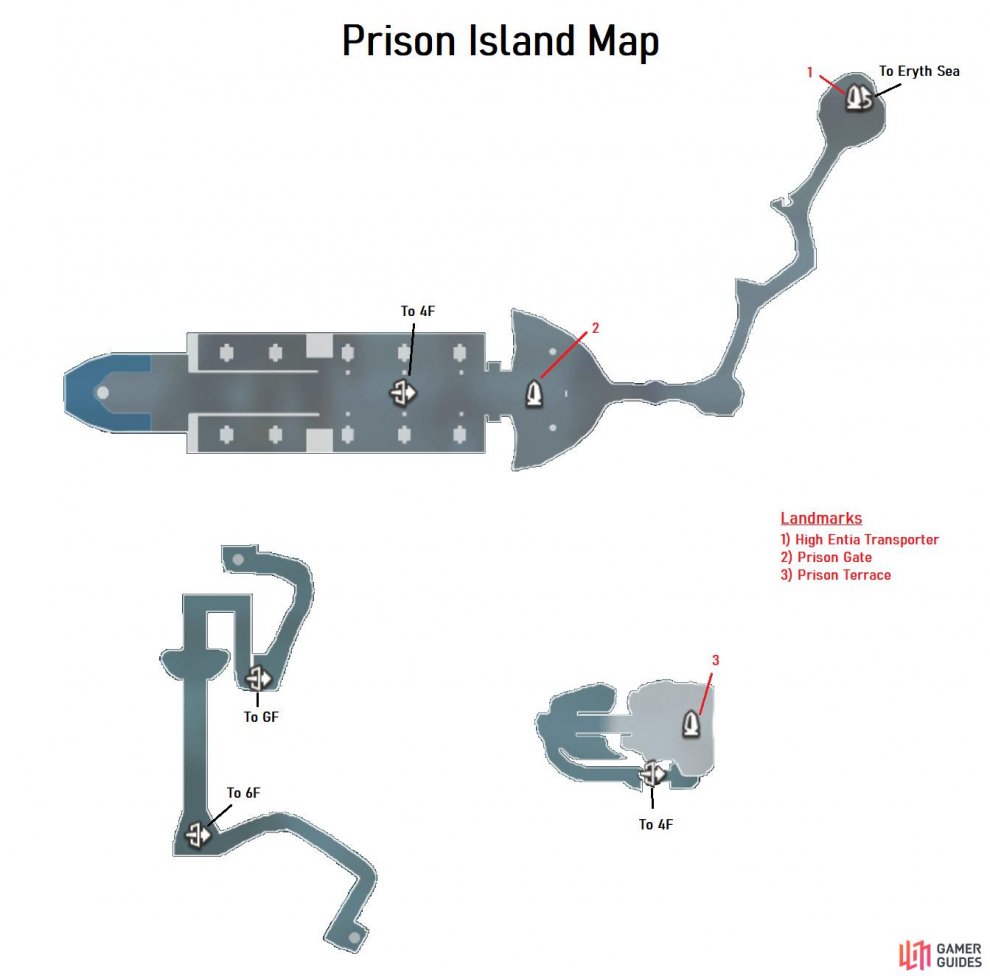 Like Bionis Interior, your first trip to Prison Island is a short one and you'll also notice that there are no Collectibles to track down. You'll find yourself at the High Entia Transporter following the cutscene so begin by following the path to the southwest however be wary of the Skyrays flying above, they will often Aggro onto you so be sure to take them out rather than creating a train of Skyrays following you from behind. 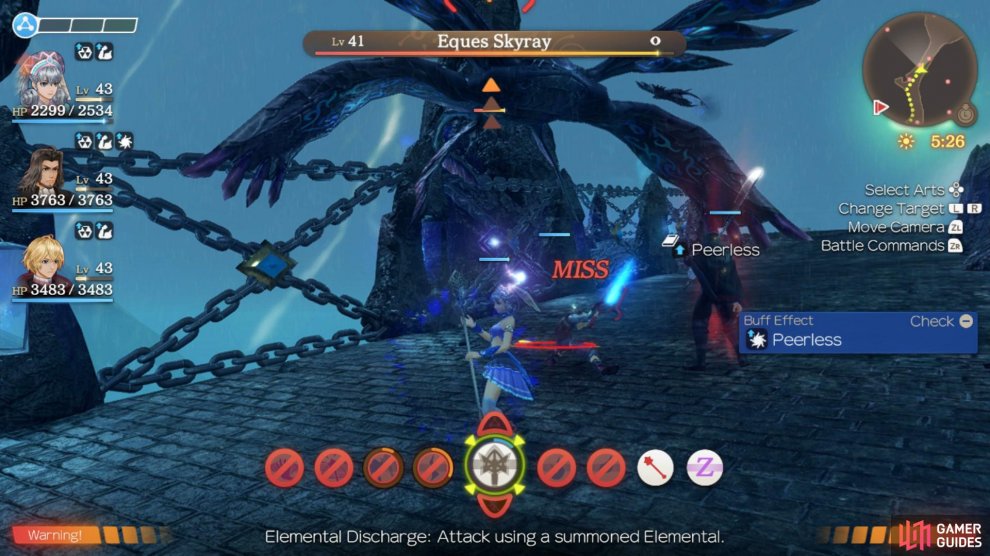 Once you reach the Story Flag, you'll trigger a cutscene and after you regain control, you'll unlock the Prison Gate Landmark. Press on to the next Story Flag to trigger another scene and unlock the Central Hall location. There's nothing for you far to the west so instead, approach the black portal in front of you which acts as a transporter where you'll unlock the Great Canyon location.

Continue to take the path up to the west here to another transporter and as you approach the Story Flag at the top of the stairs, consider placing Shulk as the party leader and check your equipment, when you're ready press on to trigger a cutscene.

Expert Mode: For those of you with Expert Mode on, consider raising your levels to around 42-44 for the upcoming boss battle. As the popup tells you before the battle begins, with the shackles released, the Monado can now deal damage to faced Mechon however you'll still need to use Monado Enchant or Topple them for your allies to inflict damage. What's more, although you can't make use of it now, your Monado Arts can now be levelled up to Level 10. Metal Face has a mixture of both Physical and Ether based Arts and it's physical ones you need to be most wary of as they inflict the most damage:

As you can see, Metal Face is at his most dangerous when he uses his Physical based Arts so expect to take heavy damage, if you're not making use of Sharla then be sure to use Shulks Light Heal to help out where needed. Try to keep the party spread out at all times to avoid all of them being struck by Dead Way and ensure that Monado Enchant is up at all times. Monado Buster will also deal particularly massive damage to Metal Face so be sure to use it in between casts of Enchant, there's no Talent Art to watch out for here. Your target here is to deplete Metal Face's HP to around 20% which will force the battle to end along with the Chapter.