This chapter starts with an awful lot of walking and talking. Eventually, however, you’ll make it to the Collapsed Expressway, where the first part of combat in the chapter occurs. You’ll find foes weak to just about ever element here, but we’ll stick with Fire + Magnify to deal with the weakest, and keep Lightning around for some of the stronger foes. Cloud will be our caster here, as he’s not only the best at it (after Aerith of course), but you don’t need to worry about his MP this chapter. He won’t be around for the second half of the chapter, anyways. 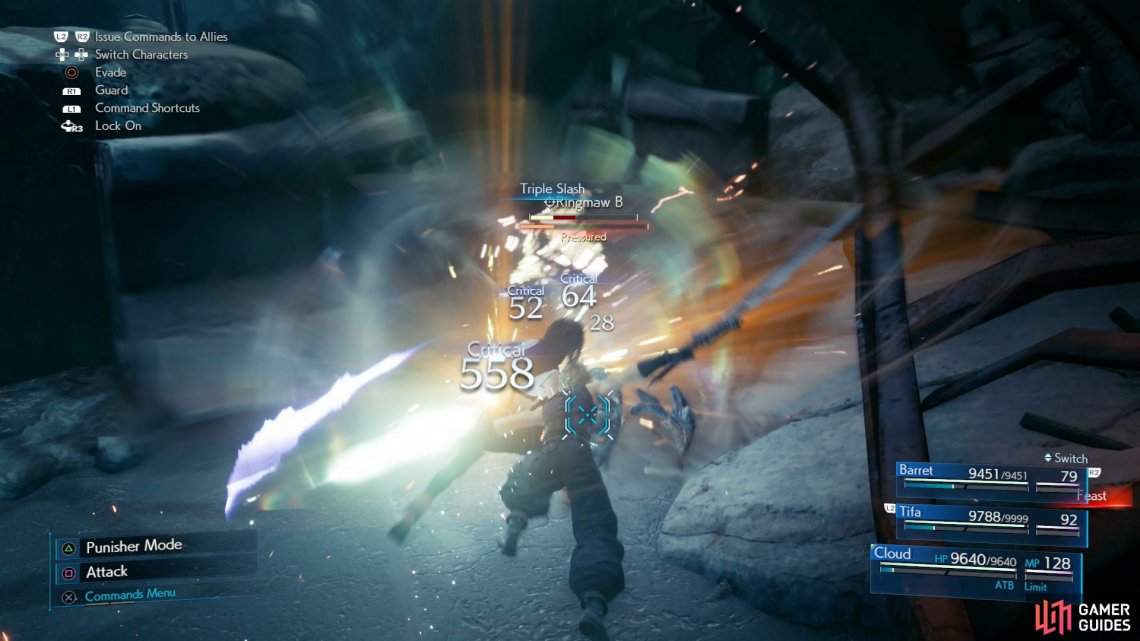 (1 of 3) Once again, “Triple Slash” will prove useful in cutting your way through the trash mobs ahead.

After this you’ll reach Evergreen Park, where you’ll find a rest bench. Use it, then advance the story until you’re in control of Barret in the Underground Lab. Be sure Barret has the Chain Bangle and appropriate materia for the solo section ahead. 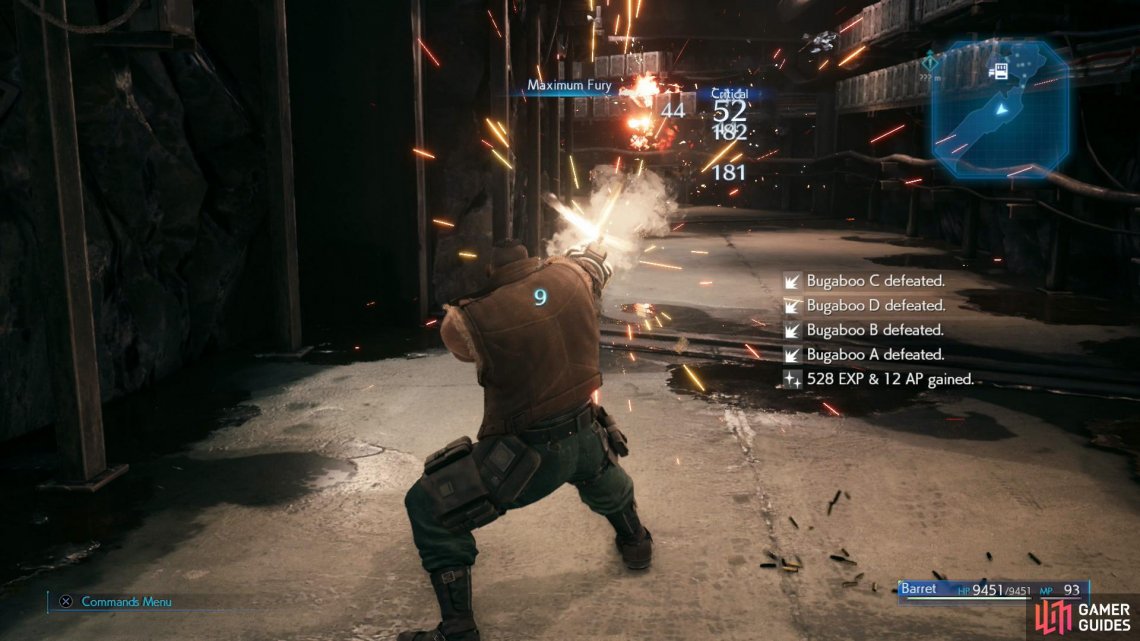 (1 of 3) Barret can shoot through most of the early enemies in the Underground Laboratory.