You’ll pick up this quest in Chapter 8 after helping out the kids with Aerith in Specter St. You’ll find the so-called Mysterious Moogle Merchant right next to Oates who gave you the list of requests to begin with. 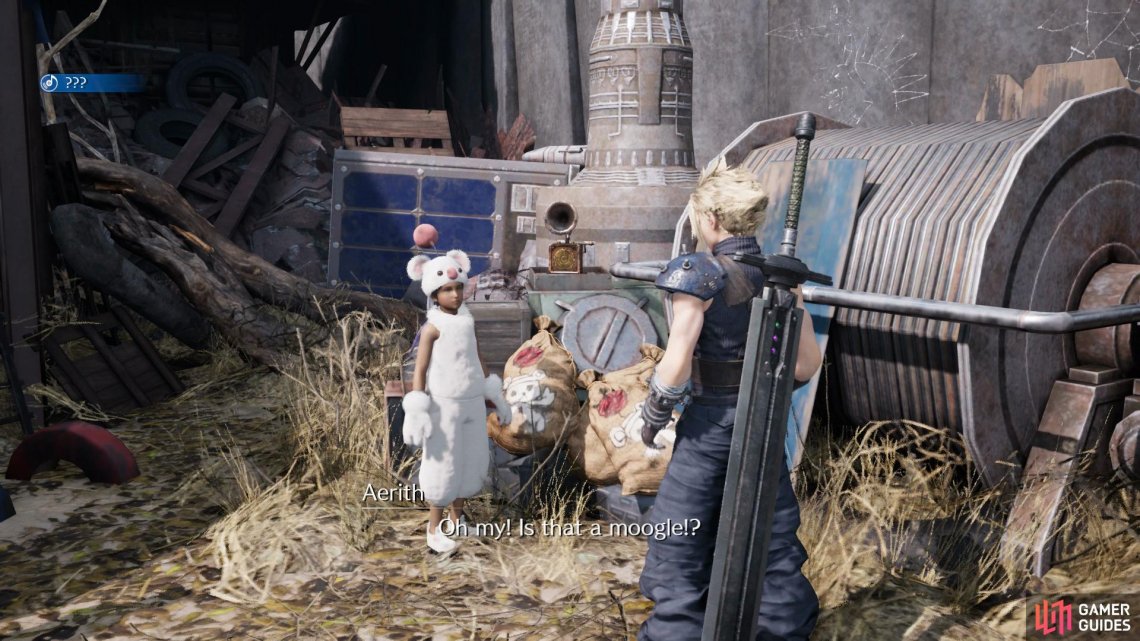 It’s hard to miss the Moogle Merchant wearing something like that!

This child, in a weird outfit, will introduce you to the Moogle Emporium and some lore on Moogles in general. This is less of a Side Quest and more of an introduction to the shop itself, a use for all those Moogle Medals you’ve been finding everywhere. Purchase the Moogle Membership Card for a paltry 1 Moogle Medal (MMs) and you’ll complete the quest while also gaining access to the full shop. His wares will update in Chapter 14 so be sure to check back then for more lucrative items on sale. 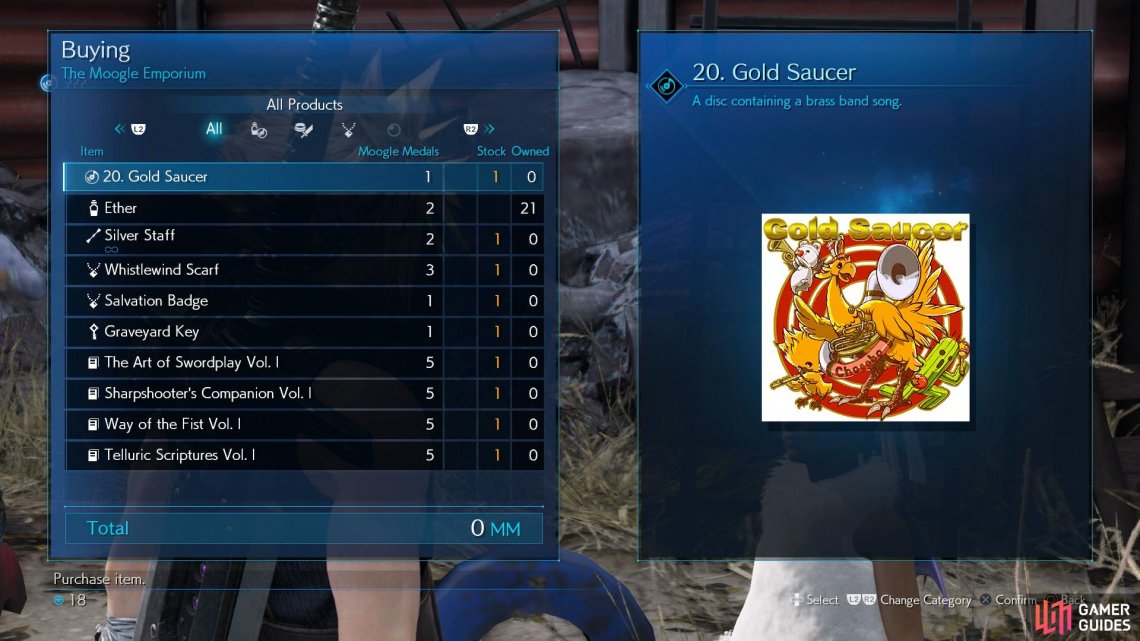 There are a number of goodies you’ll want to get your hands on in this store.

Tip: Manuscripts, such as The Art of Swordplay Vol. I are Key Items that will provide that character 10SP to all their weapons, always pick them up whenever you see them.

Of the current stock on sale, be sure to pick up the new Music Disc, Graveyard Key (used for a Side Quest in the same Chapter), the Silver Staff for Aerith and then as many of the Manuscripts that you can afford. Should you need more Moogle Medals right now, you can obtain them just for participating in the [Whack-a-Box] mini-game found in this very same Hideout, this allows you to farm all that you need.