The battles are a little tougher than your previous solo matchups but with a little preparation, they shouldn’t cause you too many issues. To begin with, assign Tifa the Elemental-Lightning combo, you’ll find many mechanical enemies as the rounds go on although it’s worth bringing along a Fire materia for some of the regular Shinra grunts.

You’ll have to deal with a Security Officer, two Grenadiers and a Sentry Gun Prototype, the main threat here. It’s best to start the battle by dashing in and using Starshower as soon as you get the ATB to take care of the Shinra Grunts before focusing on the Sentry Gun Prototype with either regular attacks (due to Elemental-Lightning) or a cast of Thundara.

You’ll be up against two Flametroopers next and you can deal with them easily by casting Fira from the start, followed by a Starshower as soon as the ATB allows. Be wary of the Flamethrower ability and try to attack the Flametroopers from the back, just be cautious of Combustion should you burst the tank on their back. 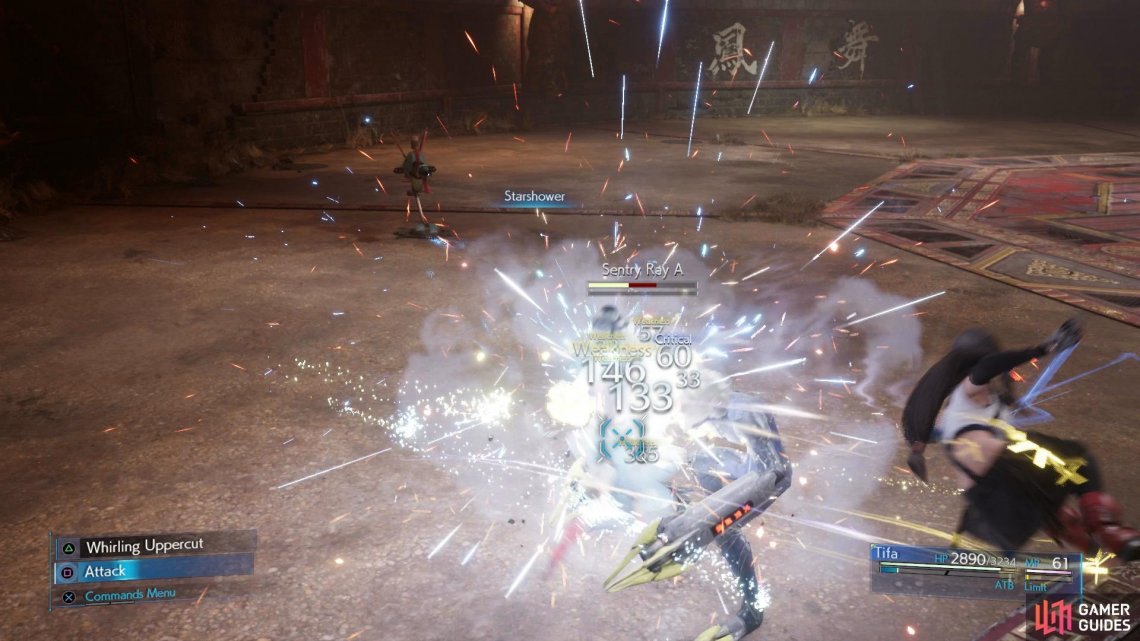 Make use of Starshower against the Sentry Ray once the Shock Trooper closes in.

It starts to get a little tougher here, you’re up against a Shock Trooper and two Sentry Rays. Ignore the Shock Trooper to begin with and instead dash to the back and use either regular attacks or Thunder(ra) spells to dispatch them quickly. The Shock Trooper is a lot trickier with Tifa, it’s worth just using Fira spells to deal with him easily, otherwise, look to make use of abilities such as Chi Trap and Starshower if he gets close while you’re dealing with the Sentry Rays.

Next up, a Riot Trooper and two Slug Rays and this time, you’ll want to focus on dealing with the Riot Trooper first, a single cast of Fira should do the trick. Slug Rays themselves should be fairly simple once the Riot Trooper is out of the way, Starshower once again works especially well if you have Elemental-Lightning set. 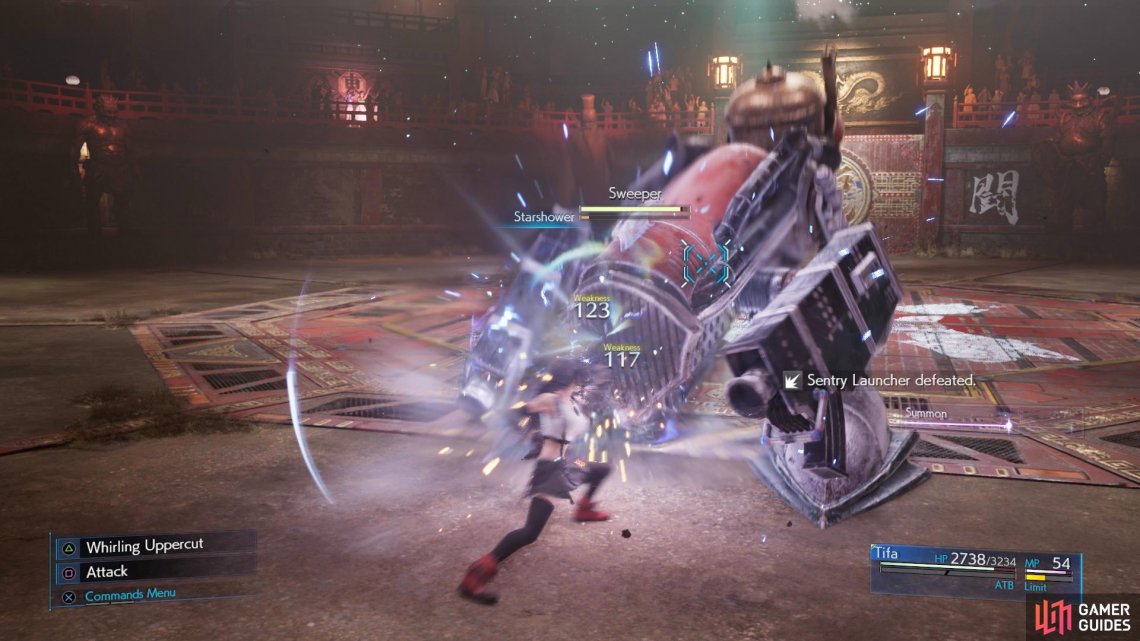 A combination of Chi Trap and Starshower will make quick work of the Sweeper.

The final battle at least, is somewhat of a challenge and despite the hulking presence of the Sweeper, the main threat here is the Sentry Launcher hiding behind it. Left on it’s own, Full Salvo can deal some nasty damage while also interrupting you, allowing the Sweeper to cause more harm. Make use of Thundara to scrap it as soon as possible and then consider planning a Chi Trap near the Sweeper to pile on continuous damage followed up with Starshower. Alternatively, keep up with the Thundara spells and toss them the Sweeper’s way.

Your reward for this tournament is Way of the Fist Vol. II which will raise Tifa’s SP by 10.