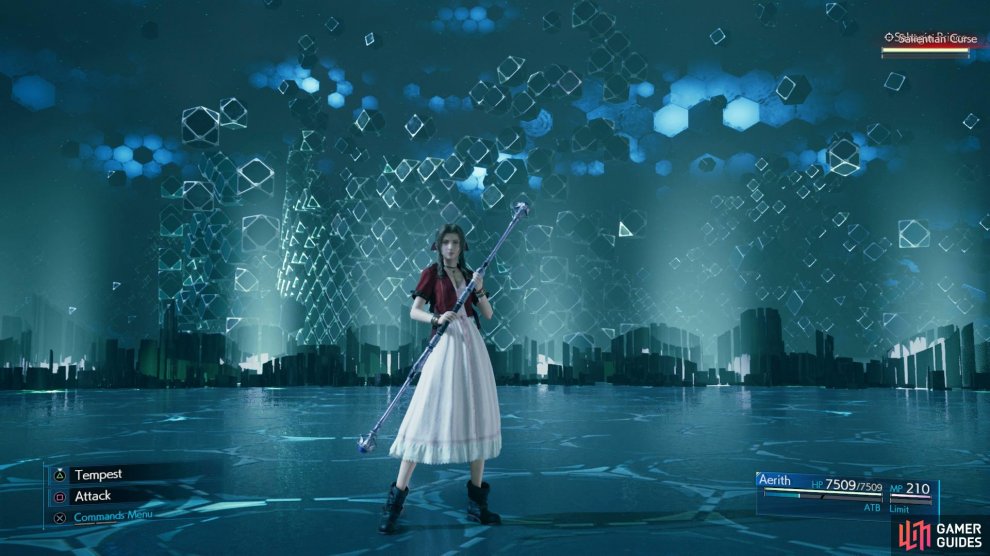 A rather situational ability, Fleeting Familiar will see Aerith summon a fairy that will auto attack your targets or send out a stream of energy if you use spells instead. It's additional damage that can help out a little but for most situations, you're better off using her ATB charges for spells or her better weapon abilities.

This is a rather unremarkable weapon that should see little use considering the other options for Aerith. You'll gain plenty of MP and there's a few useful abilities such as Reprieve and Attack Spells MP Cost Reduction but other weapons such as Silver Staff offer this and more.

When spending your SP on the Arcane Scepter focus on unlocking all Materia slots before purchasing all Magic Attack Power and MP+ upgrades. As soon as Attack Spells MP Cost Reduction and Reprieve become available, be sure to snag them.