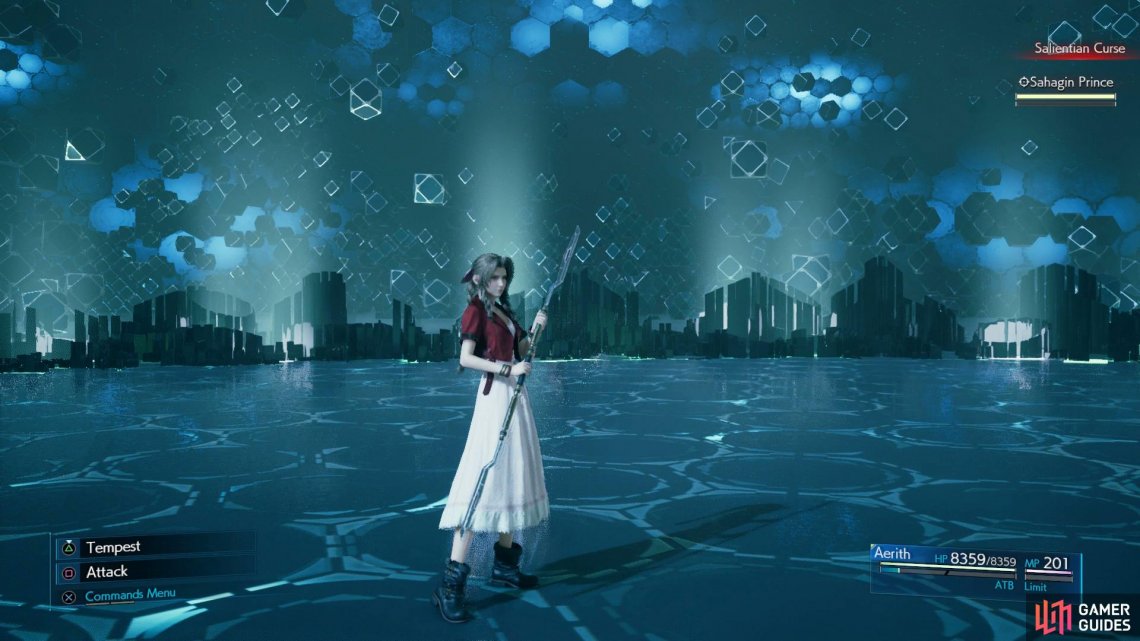 This is a useful ability that has limited use in most situations due to how the AI controls Aerith. While you can erect three shields at any given time and they’ll absorb plenty of damage, for the most part the AI won’t position themselves behind them when you change control. The best use for this ability is against Tonberries allowing you to protect yourself from Scourge.

This is another weapon that falls flat compared to Aerith’s other weapons. You’ll gain a lot of abilities that will enhance Aerith’s criticals however her base Magic Attack Power is low making that a little less desirable. You’ll also gain a few HP upgrades in this, increasing her survivability a bit but this is a weapon you should only equip to learn Lustrous Shield before moving on.

When spending your SP on the Bladed Staff look to pick up the Materia Slots first before any Magic Attack Power upgrades you can. Following this, all of the critical skills are useful should you decide to stick with the weapon.