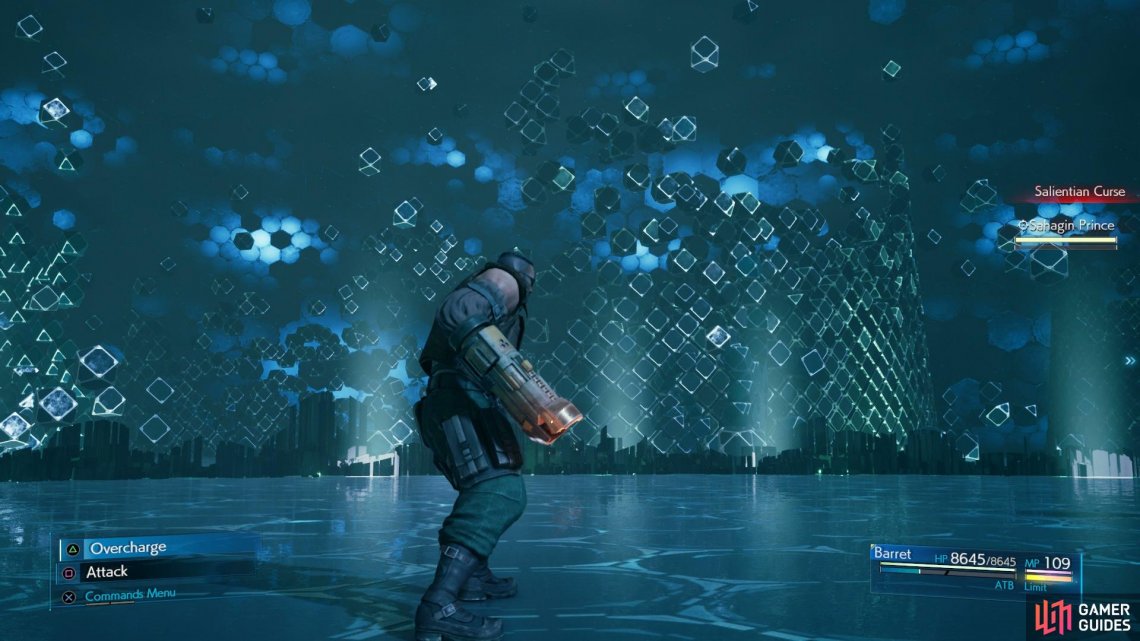 This is one of Barret’s better abilities and is useful to use at the start of regular encounters. Barret will fire a continuous stream of bullets at an enemy and move on to the next if it’s defeated in the process. The duration will increase if you use it with a full ATB gauge and it’s an effective way of ending battles quickly by starting with Overcharge followed by Maximum Fury.

Big Bertha is an interesting weapon, it comes with a lot of Attack Power skills and Barret will gain a lot of HP from it, allowing you to tank well, especially with skills that increase your self healing and physical defense while in low HP. Big Bertha’s real downfall is that it lacks any of the real interesting abilities found in other weapons such as Reprieve, this is a weapon that is outclassed by both Light Machine Gun and the EKG Cannon.

When spending your SP on Big Bertha, look for Materia slots first and then focus on Attack Power and HP upgrades. Look out for the skills that increase Barret’s effectiveness at low HP to help him shine as a tank.