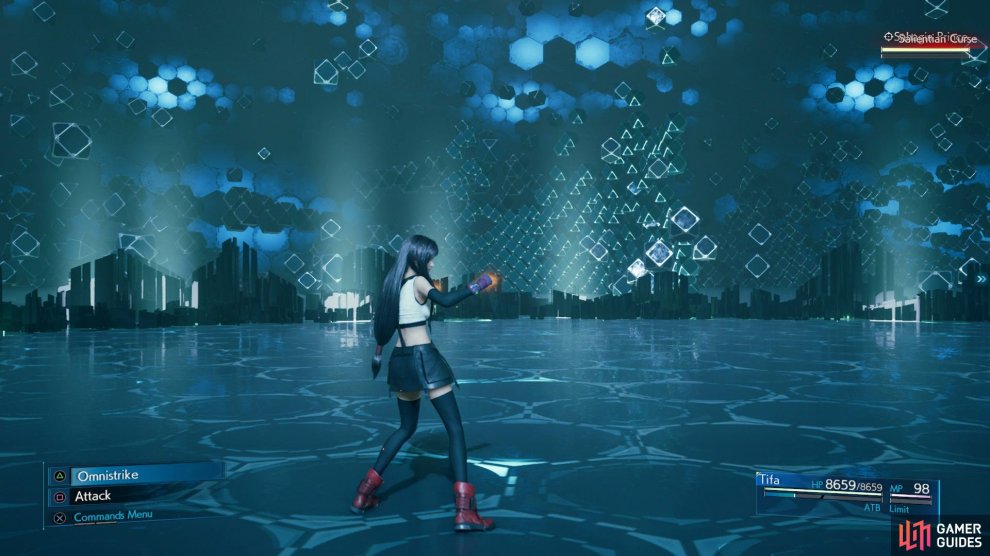 This is a fantastic ability and furthers Tifa's role as the best character to use when an enemy is Staggered. The range is short but that doesn't matter against an enemy that is Staggered and using the ability will increase the gauge by 30% allowing your hits to deal more damage during Stagger.

This is a contender for Tifa's best weapon purely down to all of the useful skills you can unlock here. Literally any skill that is ideal for Tifa, you'll find here along with the ever useful Reprieve ability. Ignore the lower Attack Power compared to her other weapons, with Purple Pain equipped Tifa will cause Critical Hits often and start most battles in Omnistrike from the start of battle. To make this weapon even stronger, slap on two Luck Up Materia's on her and watch those Criticals flow in.

When spending your SP on Purple Pain look to unlock all of the useful skills first. This means the entirety of Sub-Core I followed by the Concentration ability and Reprieve as soon as you're able. Following this, work on acquiring all of the Attack Power upgrades to increase the damage output of her constant Critical Hits.