Chapter 10 starts out with a fight against - Abzu, after which it’s a fairly linear dungeon where you’ll need to fight your way through trash mobs. Most of the enemies ahead are weak against ice, save for the Sahagin, which is weak against fire. Coincidentally, Sahagin are also the most powerful of the trash mobs you’ll face, and are especially troublesome near the end of the chapter when you’ll have to fight them in numbers. Because of the area-of-effect properties of fire spells and its reliability as a general offensive spell, we stick with Fire + Magnify as one of our primary sources of offense. We’re not worried about Staggering foes, we just want to push through them with as little fuss as possible. 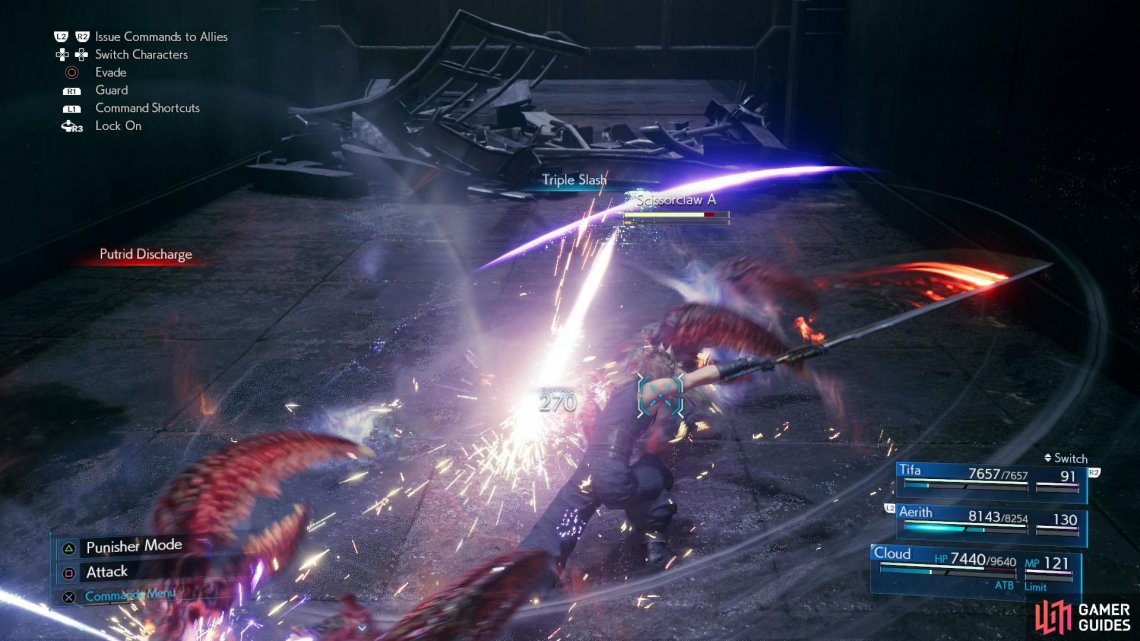 (1 of 4) “Triple Slash” is a quick and cheap way to damage foes - starting out every fight with it is a good idea. 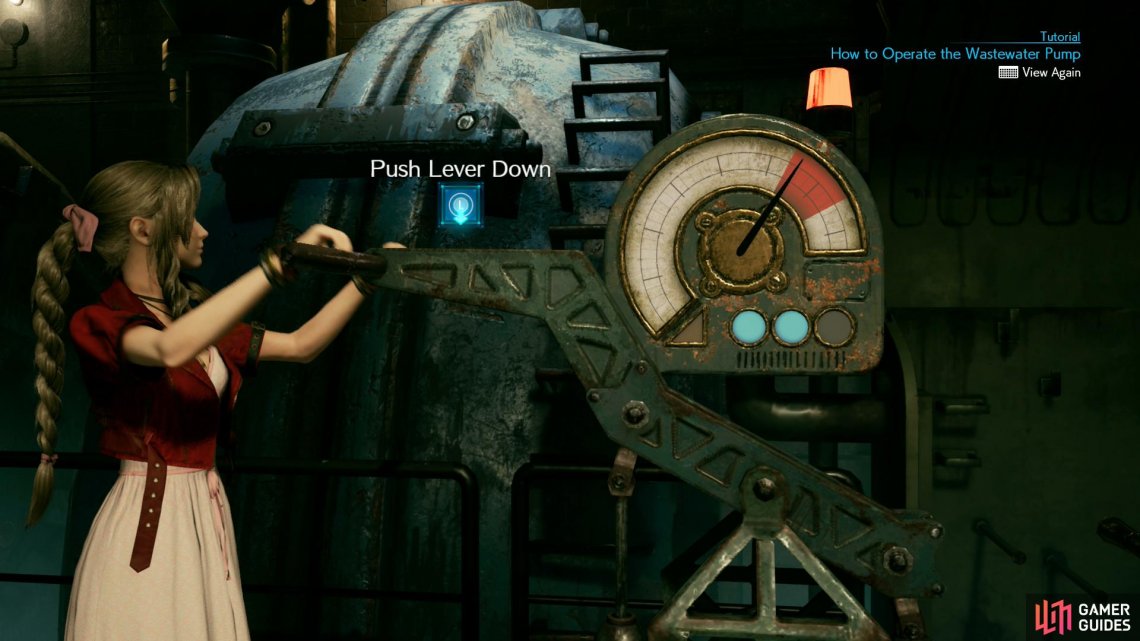 (1 of 2) Succeed at the pump minigame again, 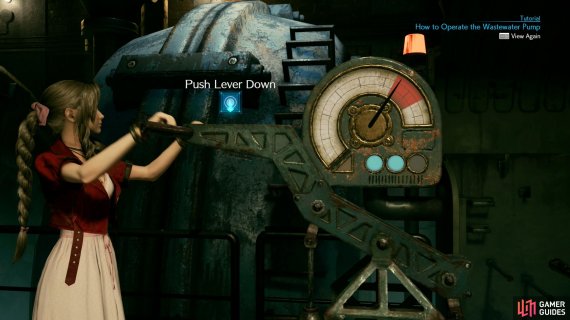 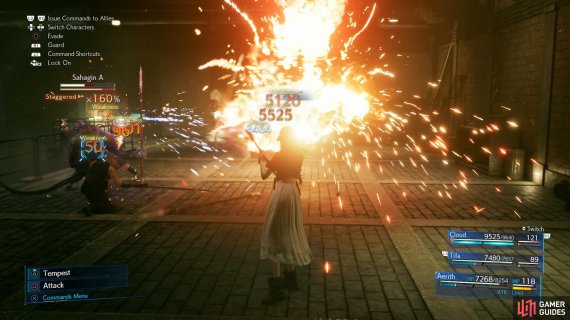 Succeed at the pump minigame again, (left), then fight your way through numerous Sahagin - using Fira instead of Fire will help secure victory. (right)