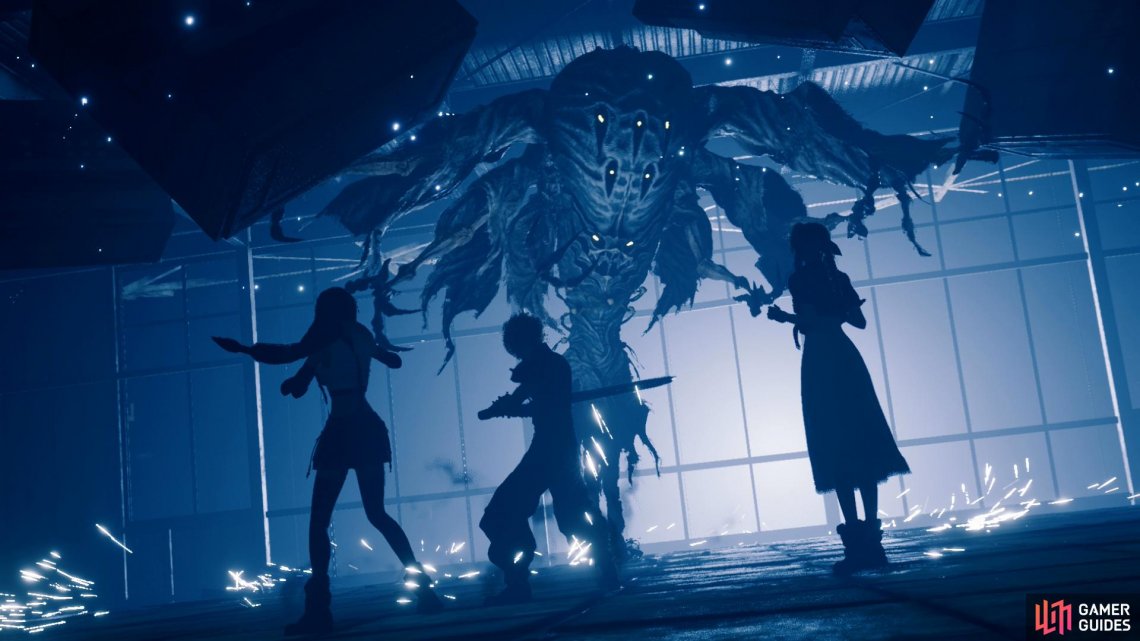 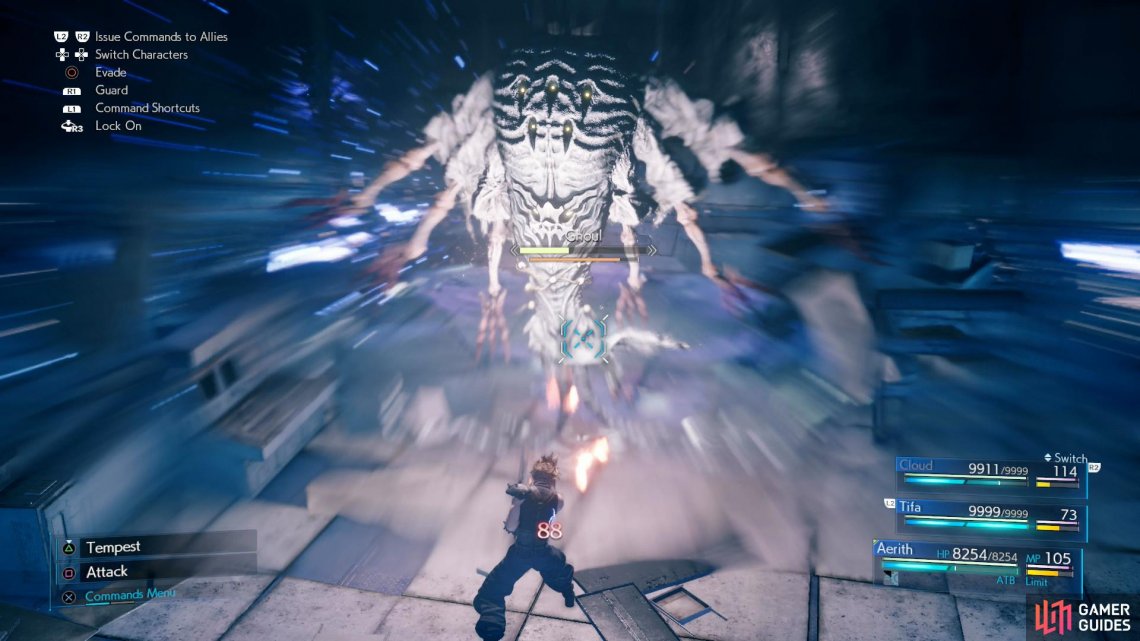 (1 of 6) An obnoxious close-range attack, “Piercing Scream” will stun nearby characters.

Ghoul hasn’t changed much from Normal difficulty - you can expect more aggression, combo attacks and more damage, but otherwise, the same strategy that worked before will work again. It has two phases, corporeal and incorporeal. When corporeal you’ll need to attack in melee, and while incorporeal you’ll need to switch to magic attacks. In the former case, we suggest using Tifa, charging up her ki, and attacking with “Omnistrike” as often as possible, and in the latter case switch to Aerith, drop an “Arcane Ward” and try to hit the Ghoul with two blasts of Fira. To ensure Aerith can’t be prevented from casting, we equip her with Binding + Warding specifically to protect her from “Silence”. Other buffs that’ll prove useful include Haste (on Aerith) and Regen. It’s attacks are as follows:

The first phase is relatively simple; the Ghoul will start out corporeal, obliging you to attack with Cloud and Tifa. Aim to inflict as much damage as possible - inflicting Stagger is a more worthwhile goal here, but the phase will end when the Ghoul is reduced to 50% of its HP, so you probably won’t get all out of a Stagger session you normally would. Tifa’s ki abilities are ideal for this, and there’s no need to work your way up to “Rise and Fall” - “Omnistrike” will do just fine and takes less time to charge, so just spam that. When it turns incorporeal it’ll go into its “Phantasmic Flurry” routine, including “Silence” inflicting claw swipes and a phantasmal grapple/“Telekinesis” combo. You don’t want to get hit by this, so pelt the Ghoul with Fira when it turns incorporeal to “Pressure” it and drive it back into a physical state. If Aerith - your main caster - is somehow unable to do this, absolutely do not hesitate to use Cloud and Tifa to manage it. You don’t want it to have its way while incorporeal. 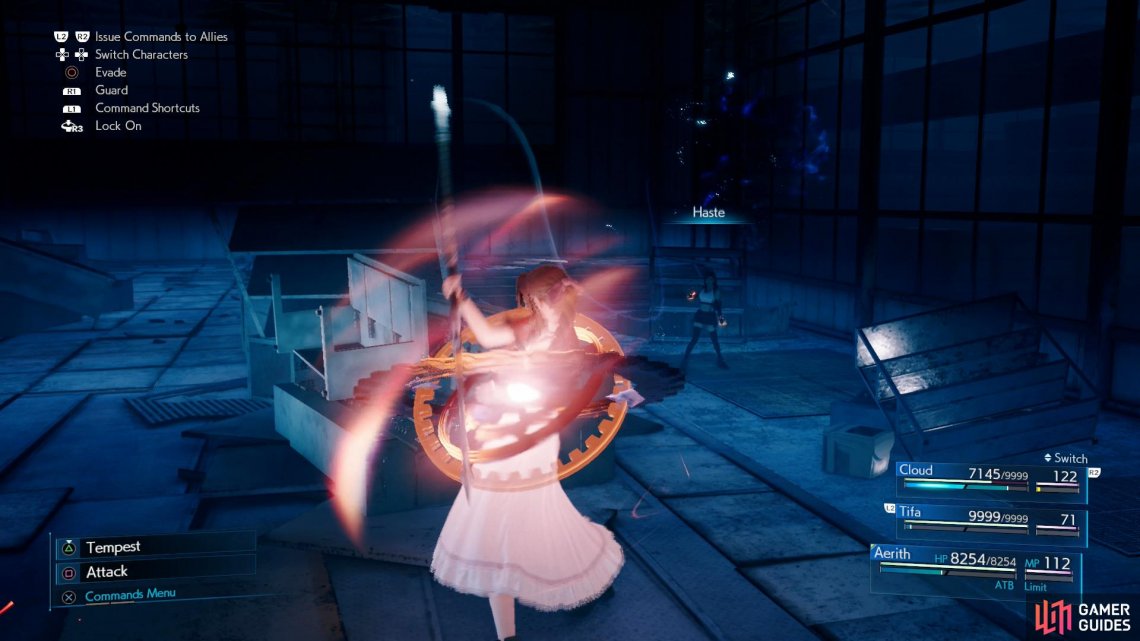 (1 of 4) Aerith is your main caster, and her healing and fire spells are essential - consider buffing her with Haste.

After reducing the Ghoul to 50% of its HP it’ll shift to phase two, where it’ll be more aggressive, shift the layout of the battlefield junk around more often, and use its new “Balefire” attack:

Keep up the pressure and work on Staggering it, at least when it’s “Pressured” after being knocked out of its incorporeal state with Fira. Once Staggered, endeavor to finish it off with Tifa’s unparalleled offensive abilities.