Chapter two was always one of the easiest, shortest chapters in the game, and in hard difficulty this might even be more true. For the first half of the chapter you’re just meandering through the city after the bombing. After meeting up with Aerith you’ll start fighting, and your foes are some of the weakest of the game, including Security Officers, Guard Dogs, Grenadiers, Shock Troopers and Riot Troopers. None of these foes should be remotely challenging, leaving only the The Huntsman as the only real threat on the entire level. 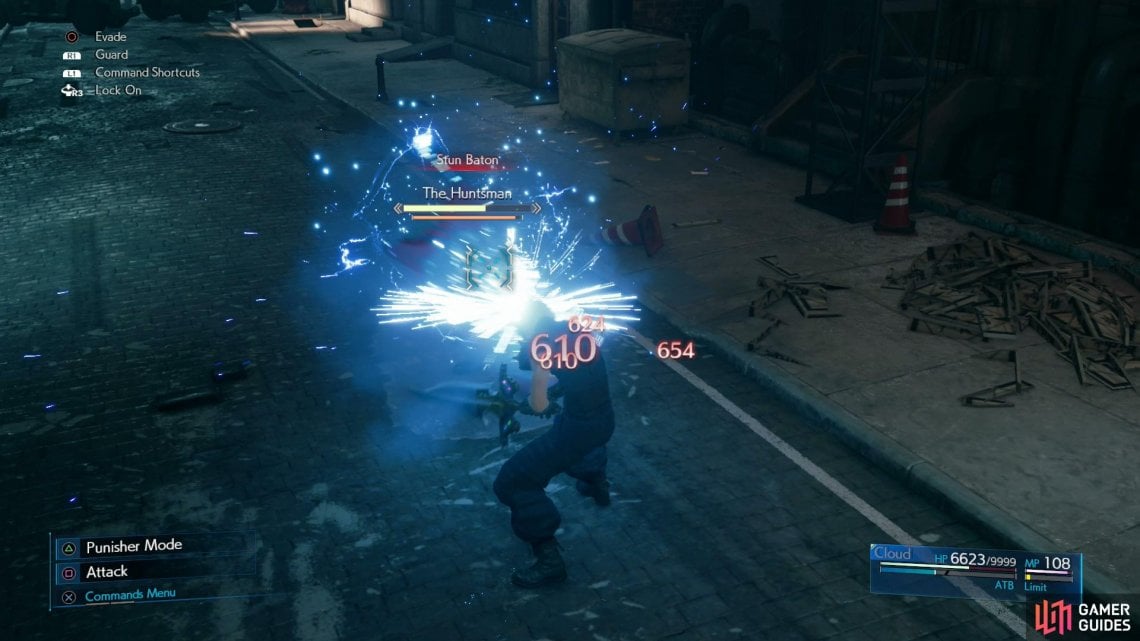 (1 of 5) The Huntsman can deal significant damage if you’re careless.