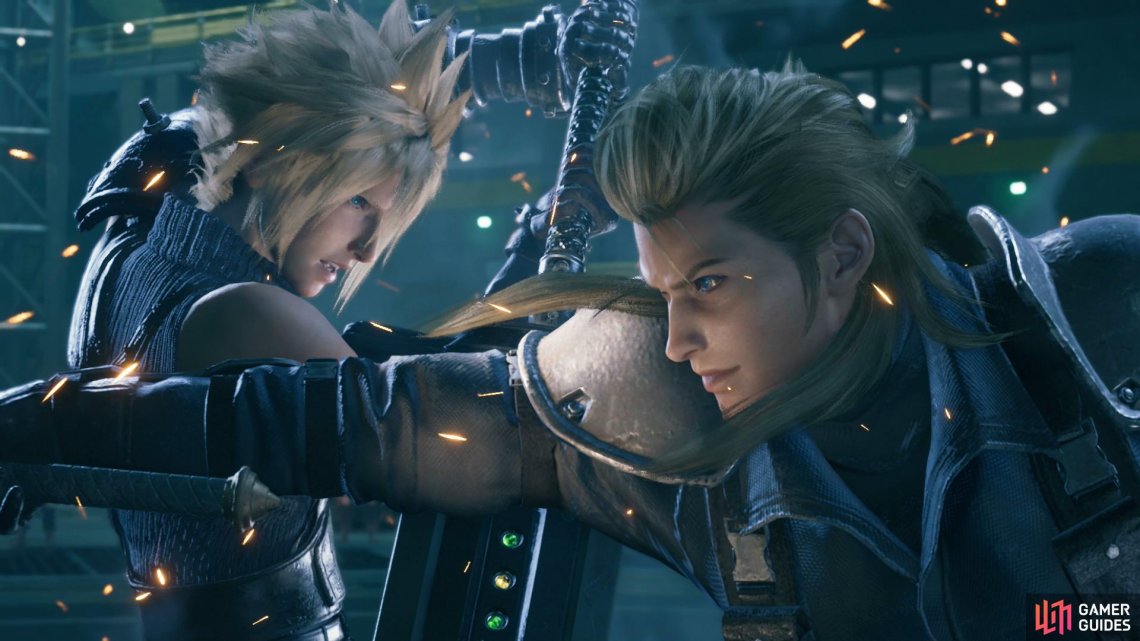 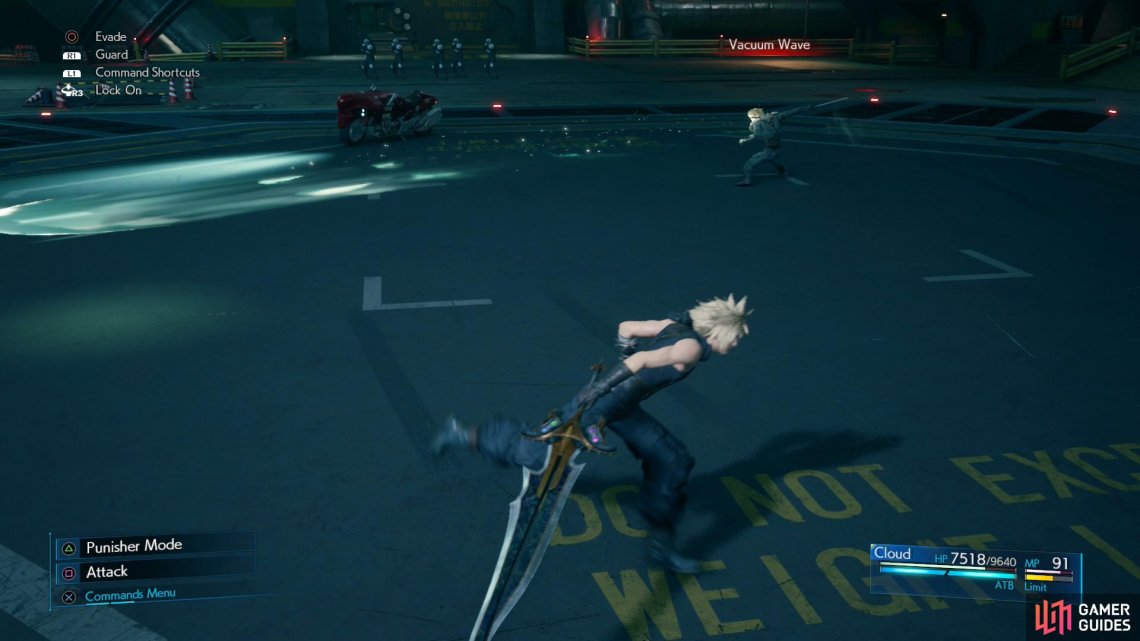 (1 of 3) Roche’s “Vacuum Slash” attack can’t be blocked, so dodge it by running to the side.

Roche was something of a push-over in Normal difficulty, but in Hard difficulty… well, he’s still kind of a push over. He’s got a wide variety of attacks, both physical and magical, encompassing all four major elements, but he tends to stick to his basic sword attacks - a combo of slashes in phase one and a dash attack in phase two. Both can be easily blocked and countered with Punisher mode, and unlike Reno he never learns to deal with Cloud’s counterattacks.

You may think it somewhat pointless to bother with Elemental Materia in this fight given the variety of elements Roche uses, but Lightning + Materia tends to work well in the first phase, and we suggest equipping it to turn his most difficult to dodge attack into a source of significant healing. His attacks in the first phase are as follows:

The first phase is incredibly easy, especially if you have Lightning + Elemental on your armor. Just switch to Punisher mode and block Roche’s attacks - he should do a find job Staggering himself by provoking counterattacks. If he uses Blizzard/Blizzara, block the initial ice impact, then dodge the burst. Thunder/Thundara can be absorbed, “Vacuum Wave” and “Wind Slash” should be dodged. Immediately after counterattacking, respond with “Triple Slash” if you have the ATB, and when he’s inevitably Staggered punish him to push on to phase two. 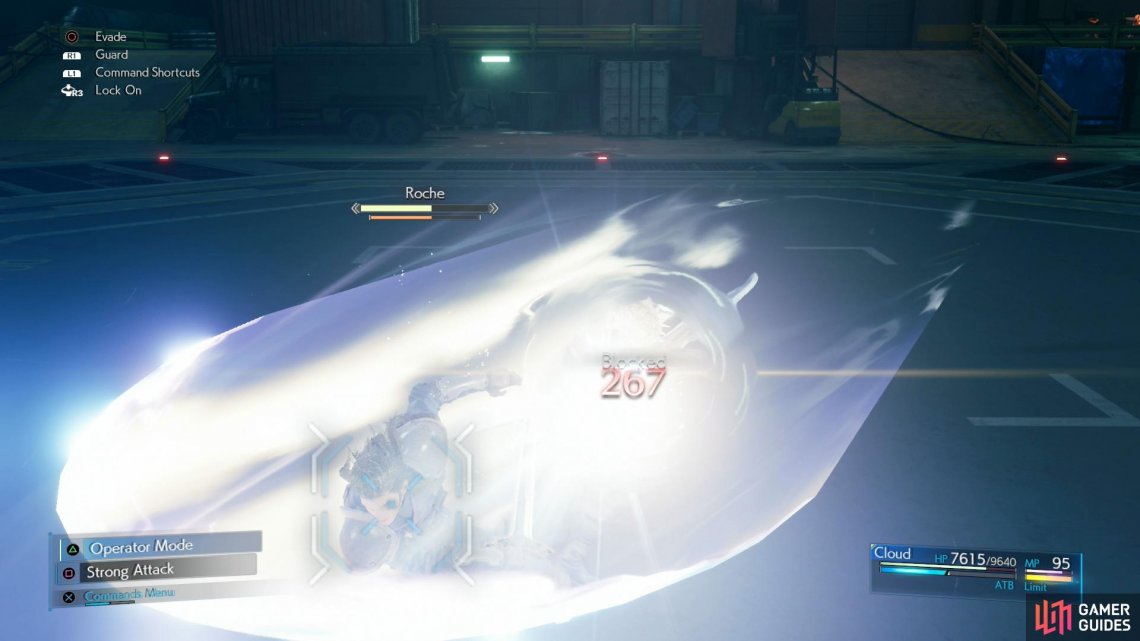 (1 of 5) Roche will trade his sword combos from phase one for a dash attack n phase two.

Once reduced to around 75% of his HP, Roche will shift to phase two. Realizing that his lazy sword combo is being easily countered he’ll drop it in favor of… a dash attack that’s easily countered. Oh well. His attacks this phase are as follows:

Roche trades the other elements for one fire attack this round, “Ignition Flame”, and it’s the one attack that can’t just be blocked and countered outright. Otherwise, this round, despite Roche switching out his lazy sword combo for a dash attack, should play out no differently: Block Roche’s attacks while in Punisher mode, counterattack and use “Triple Slash” immediately afterwards, and punish Roche every time he’s “Pressured” or Staggered. If your limit gauge charges, use it to finish the fight.