You’ll pick up this quest in Chapter 3, after clearing out Scrap Boulevard with Tifa. From the Weapon Shop head west to find Wymer and Chadley - the former will tell you about quests, after which the latter will actually give you a quest, in this case Chadley’s Report.

Chadley wants you to help him gather Battle Intel, which typically requires you to perform various feats and task during combat. For this quest, your first task is to use the Assess Materia (which he’ll give you) to gather intel on fiends. Two fiends, to be precise, and as luck would have it, there are two fiends in Scrap Boulevard. 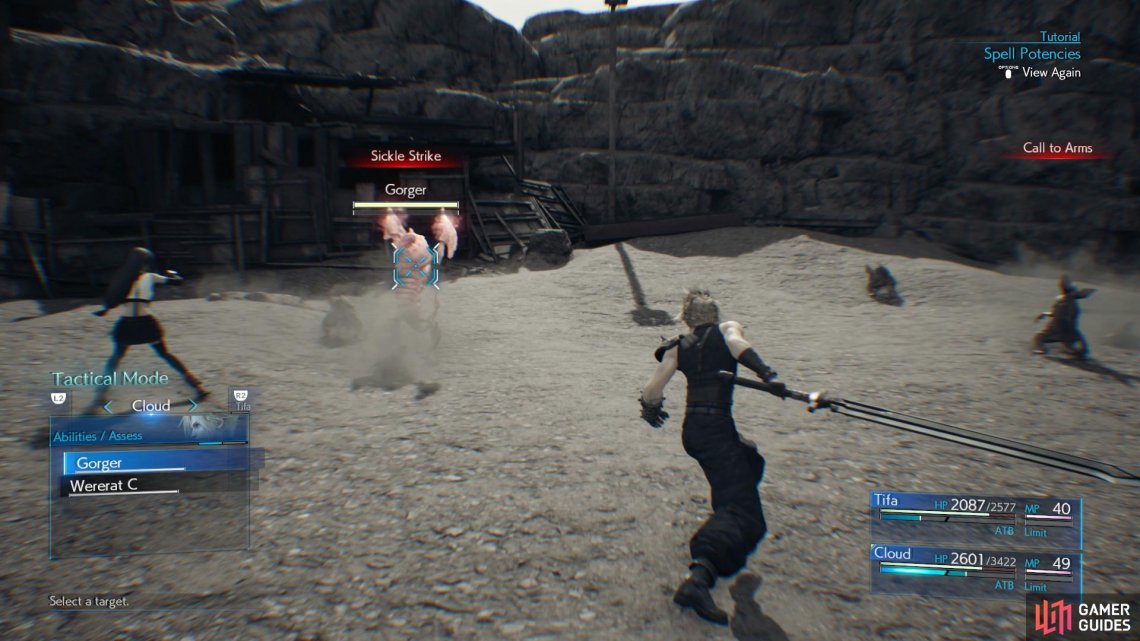 (1 of 2) Build up an ATB segment, target a foe and use the Assess ability. 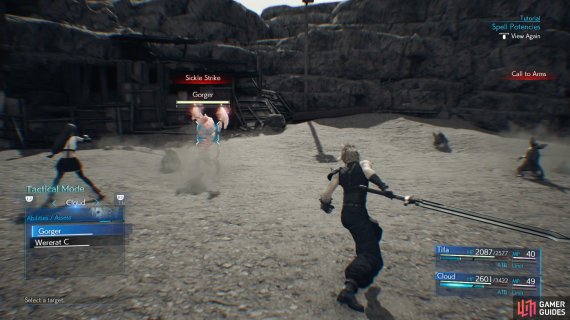 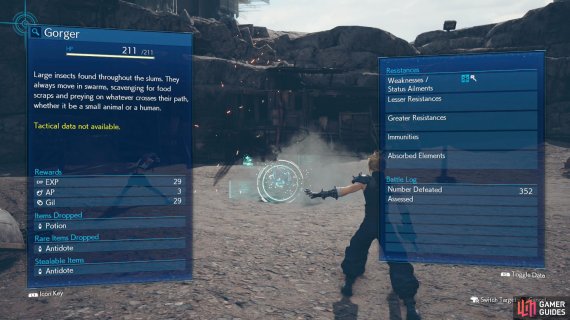 Build up an ATB segment, target a foe and use the Assess ability. (left), This will allow you to see an enemy’s stats in detail - and satisfy Chadley’s request. (right)

Equip Assess Materia on a character, head to Scrap Boulevard, get into a fight (the first fight west of the gate should include a Wererat and Gorger) and build up your ATB gauge, then use a segment to use the “Assess” ability. Do this to scan a Gorger and a Wererat and you’ll be good to go.

Tip: Using the Assess Materia will be important throughout the game. We recommend you keep it on Cloud, as he’s the character always guaranteed to be around. Also, ensuring it maxes out quickly will save you a great deal of bother, as once it levels up it’ll automatically scan every foe in battle instead of just one. 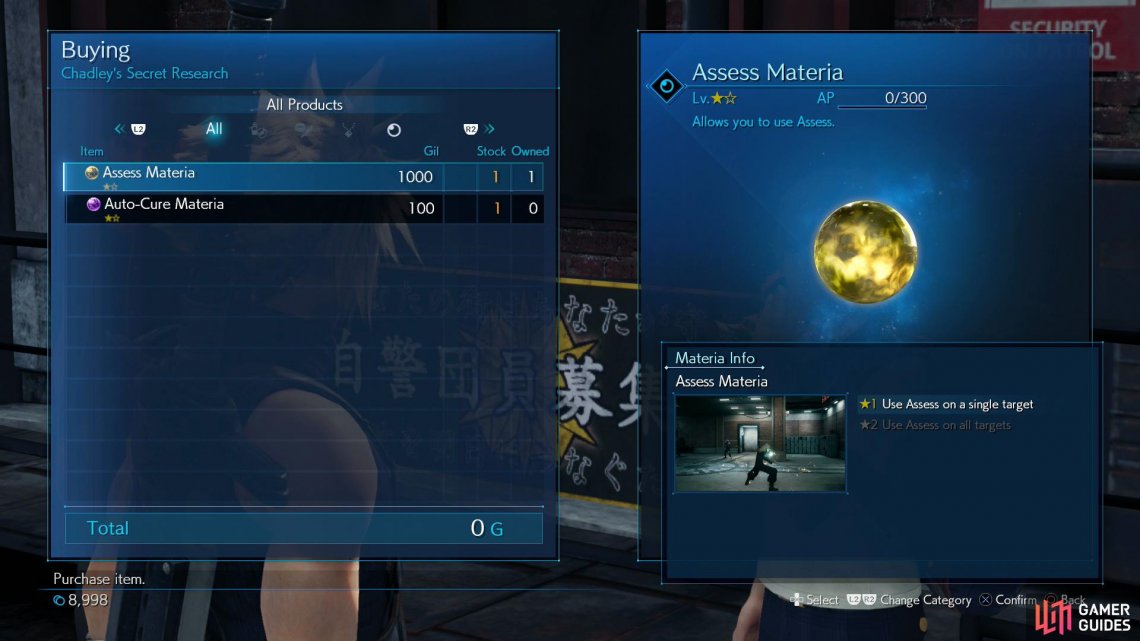 (1 of 2) Chadley will sell you new materia as you complete his Battle Intel Reports. 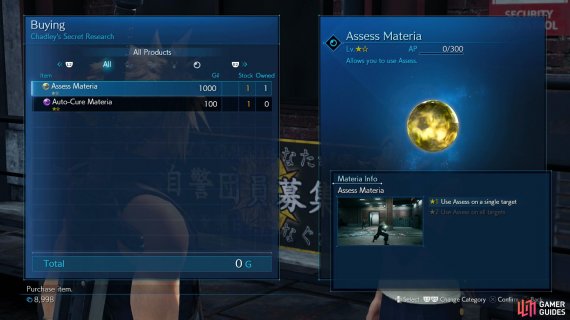 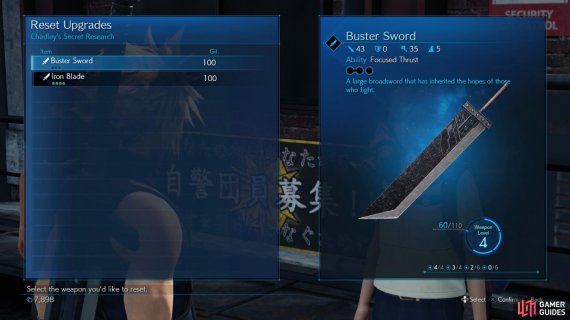 Chadley will sell you new materia as you complete his Battle Intel Reports. (left), After completing this quest he’ll also allow you to reset Weapon Upgrades. (right)

After the fight you’ll get the option to return to Chadley automatically - how easy is that? Either walk back on your own or take the quick trip back, then talk to Chadely to get your rewards. First, he’ll have developed new materia for you to buy, in this case Assess Materia and Auto-Cure Materia

If that’s not enough, you’ll also unlock the ability to reset Weapon Upgrades. This will set you back 100 Gil per weapon, which is honestly a trivial price for such a feature.

Not bad, Hope… err… Chadley. Not bad at all…

This will also unlock Battle Intel Reports 2-4, for you to complete at your leisure. Or rather, as the opportunity presents itself.