You’ll pick up this quest in Chapter 3, after clearing out Scrap Boulevard with Tifa. To pick up this quest you’ll need to talk to a little girl named Betty, who can be found at what passes for the school in the Sector 7 Slums. Go get there head east, south and east from the Weapon Shop. Talk to Betty and she’ll ask for help finding her friends, although her description sounds… kind of odd. Cats? Okay. 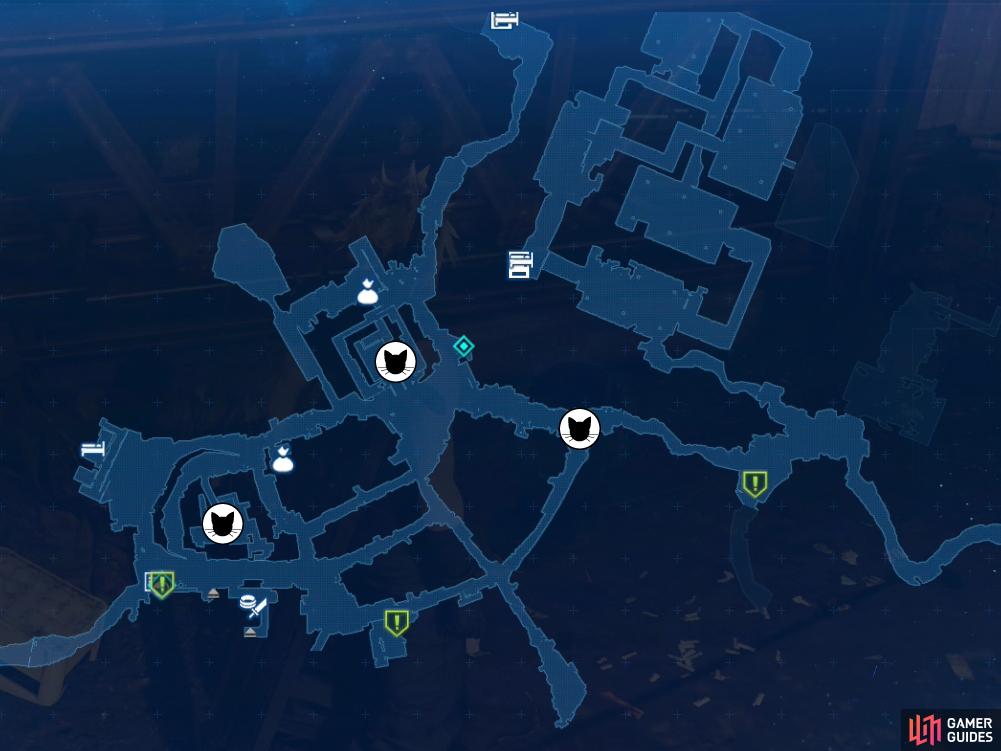 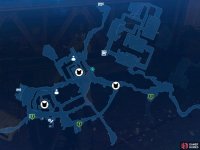 (1 of 4) The locations of the three cats on the map - find them in order, from right to left.

So, this is a bit of a scavenger hunt. Fortunately Tifa does a fairly good job at calling out these felines when you get near one. You can also ask Betty for hints. But this is a guide, so you probably just want to know where they are. Their locations will be given below, in text, but you can also use the provided map (see above) - their locations on the map are, in order, the right-most one, the middle one, then the left-most one.

Go report to Betty and after a moment of doubt the cats will show up. All’s well that ends well, right? Anyways, you’ll get a Maiden’s Kiss for your reward - a consumable item that “removes toad-related curses”. Might come in handy sometime later down the line, although leveling up that Cleansing Materia until you unlock Esuna is probably a better long-term strategy, but we digress…