You’ll pick up this quest in Chapter 3, after clearing out Scrap Boulevard with Tifa. Return to the Item Store near Seventh Heaven and talk to the shopkeeper and he’ll complain about some “doomrats” that have been intefering with his business. It’s a simple “destroy the rodents for the merchant” quest, but… well, they can’t all be glorious. 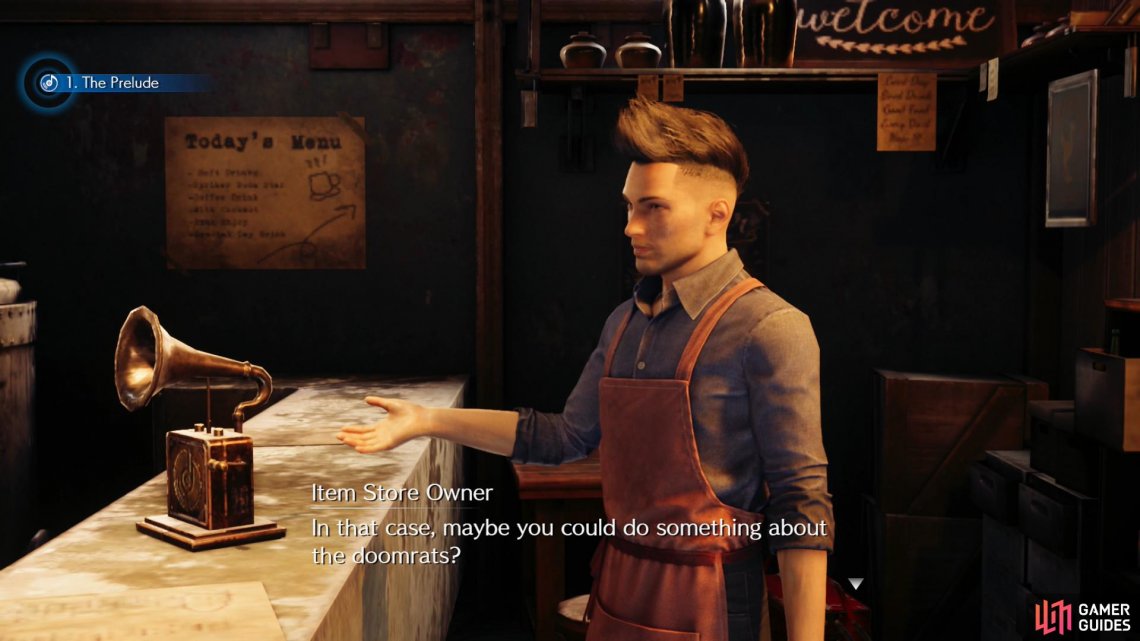 (1 of 2) Talk to the storekeeper and he’ll ask you to kill some “Doomrats”. 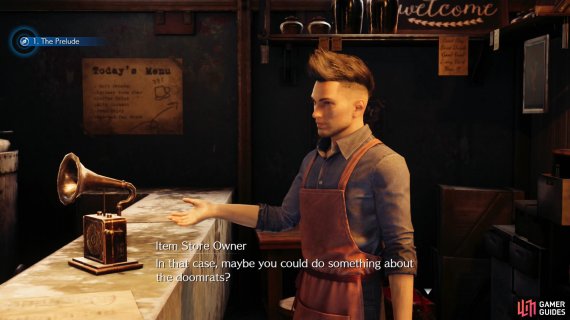 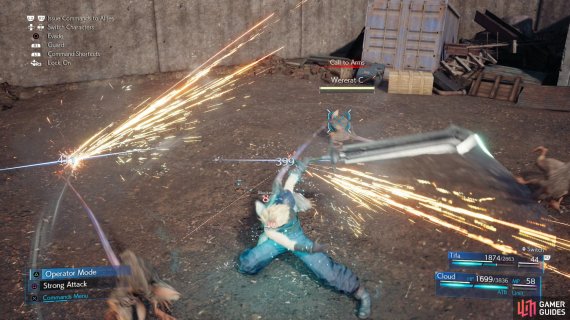 Talk to the storekeeper and he’ll ask you to kill some “Doomrats”. (left), Head to the indicated location and you’ll only find Wererats. (right)

Leave the item shop and head up the road to the northeast, but keep your eyes to the northwest and when you find some stairs leading up to a cylindrical structure, take them. You should recognize this place if you went treasure hunting en route to Seventh Heaven after resting in your apartment earlier, and sure enough your destination is through the hole to the northwest, where you looted a chest containing several Grenades earlier.

Head northwest through the structure, crawl through the hole and dispatch some Wererats. They’re rather numerous, but still pushovers. No “doomrats” are forthcoming, however, so after the fight head back to the Item Shop and tell the shopkeeper about your expoits. Naturally he’s unimpressed with your efforts and sends you back out. 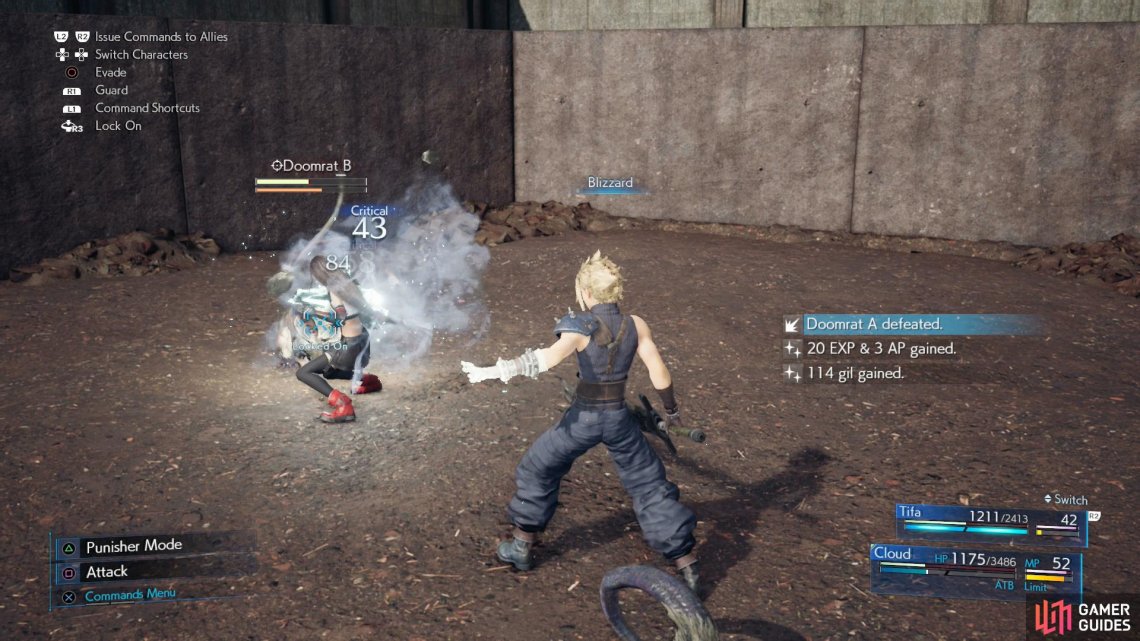 (1 of 3) When you return to the indicated area you’ll find the dreaded “Doomrats”. Stagger them with spells like Blizzard,

Return to where you killed the Wererats and this time you will find some honest to goodness Doomrats. They’ve got roughly 10x the HP of their lesser brethren and are all around nastier, so focus on one of them and try to stagger it with Blizzard and Focused Thrust, and when staggered switch to Tifa and use her chi abilities - Whirling Uppercut, Omnistrike and Rise and Fall - to dish out damage.

Once they’re defeated, return to the shopkeeper and he’ll reward you by… trying to get you to promote his shop? Whatever, more importantly he’ll restock his shop, adding 3x Hi-Potions and one Cleansing Materia to his wares - buy the new materia at the very least, as it can remove various debuffs… especially when you level it up once and get access to the indispensible “Esuna” spell.

Completing this quest also unlocks the side quest On the Prowl.

Did You Know?: In the original Final Fantasy VII, “Healing Materia” was called “Restore” and “Cleansing Materia” was called “Heal”. Names got swapped around a bit, and it’s a bit odd for some of us old-timers to keep it straight that in the Remake the “Healing” materia now does Cure/Cura/Regen/Curaga (or rather, Cure/Cure2/Regen/Cure3 in the original) instead of Poisona/Esuna/Resist.