When you reach Wall Market in Chapter 9 you’ll be able to make a variety of choices that will determine which side quest you unlock later in the chapter (after parting ways with Aerith after the Undergound Colosseum). To increase the odds of unlocking this quest, do the following in Wall Market:

If you follow this sequence, you should receive this Quest from Madam M when Aerith leaves for her dress fitting. Begin the Quest by making your way to the S7-6 Road to the east of Wall Market to find Mireille over by the wall. It looks like someone has been imitating the Angel of the Slums and she requests your assistance in finding the people in question. Make your way south from her and then head northeast through Evergreen Park to reach the Utility Tunnel.

Tip: Consider bringing along the Steal Materia for this battle, you have the chance to steal a valuable Champion Belt from one of the enemies.

The return of Beck’s Badasses is your culprit as you find the three of them discussing their plans. They’ll also introduce you to the newest member, the Grungy Bandit and this one is a lot tougher than the other three. As you’ll remember from before, all of the enemies are weak to Fire and a simple Triple Slash will do most of the damage you need so focus on taking them out and leaving you alone with the Grungy Bandit. 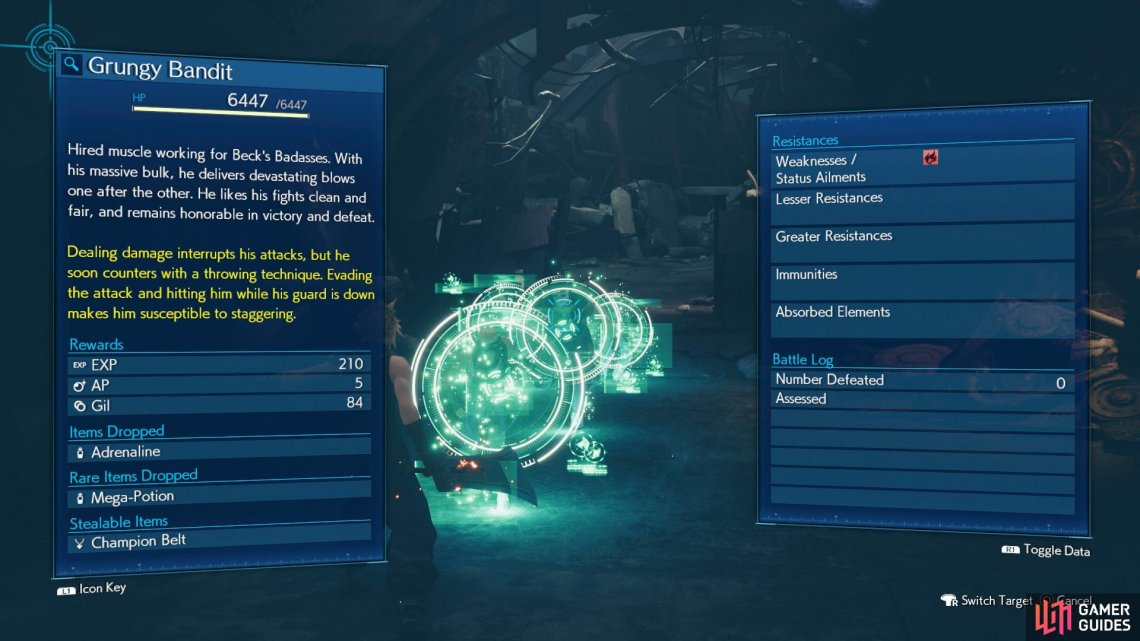 He has a few more tricks up his sleeve but before you even start striking him, if you have the Steal Materia set, be sure to steal the Champion Belt from him, it’s one of the better accessories in the game. With that out of the way, you’ll want to bait him into going for an attack, dodging at the last minute and getting some free strikes on him from behind. This is the ideal moment to get in a Focus Thrust and drive up the stagger gauge, once Staggered, Infinity’s End is enough to take him out.

You’ll return to Mireille following your victory and hand over the bandits, completing the quest and obtaining a Turbo Ether and the Real Calling Card as a reward. What’s more, you’ll unlock another Quest in the process.