Note: You can only access this match via Chapter Select as it usually unlocks in Chapter 14 when you no longer have Aerith in your party.

By the time you can access this battle, you’ll probably find Aerith is already Level 50 with several powerful materia already mastered. To begin with, assign Aerith the Elemental-Lightning combo, you’ll find many mechanical enemies as the rounds go on although it’s worth bringing along a Fire materia for some of the regular Shinra grunts.

You’ll have to deal with a Security Officer, two Grenadiers and a Sentry Gun Prototype, the main threat here. It’s best to start the battle by attacking the grunts until you get the ATB to take care of the Shinra Grunts with Fire before focusing on the Sentry Gun Prototype with either regular attacks (due to Elemental-Lightning) or a cast of Thunder. 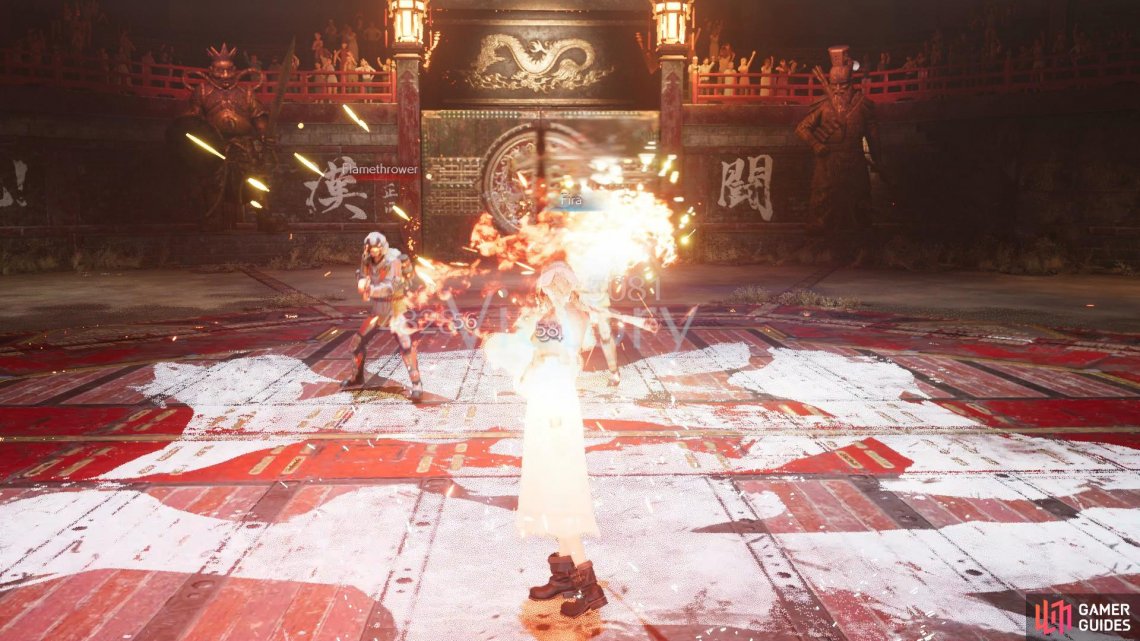 A single cast of Fira is enough to take out both Flametroopers.

You’ll be up against two Flametroopers next and you can deal with them easily by simply attacking them if you’re already Level 50, otherwise send a cast of Fire once you have ATB charges available to you.

Next up, a Riot Trooper and two Slug Rays and this time, you’ll want to focus on dealing with the Riot Trooper first, a single cast of Fira should do the trick. Slug Rays themselves should be fairly simple once the Riot Trooper is out of the way, simple attacks work well especially well if you have Elemental-Lightning set. 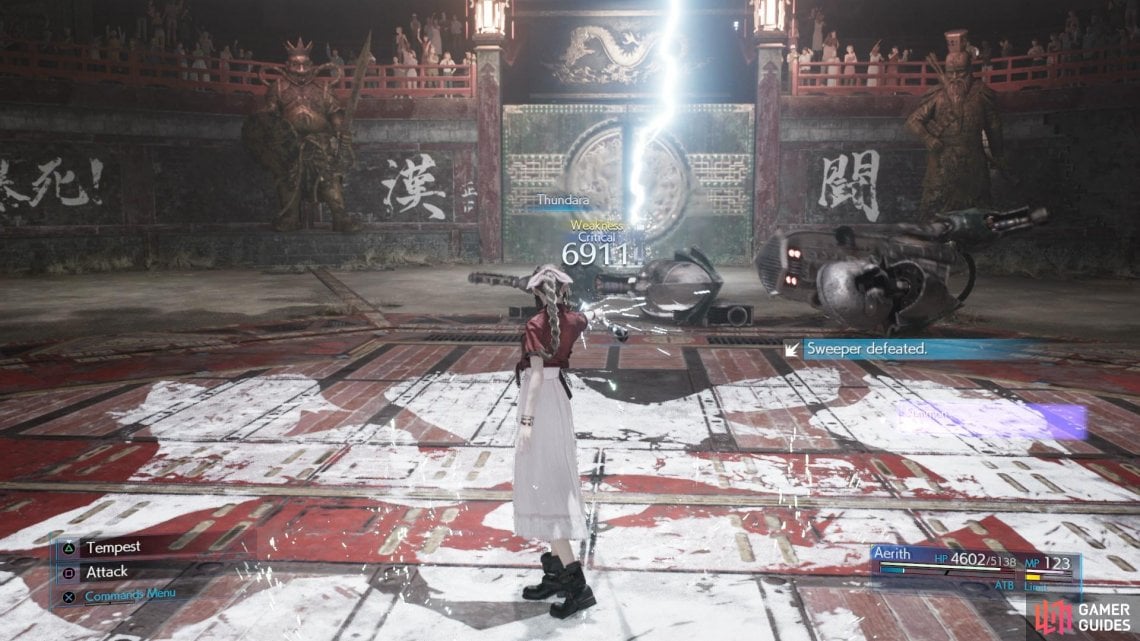 Thundara will take care of both enemies here in quick time.

The final battle at least, is somewhat of a challenge and despite the hulking presence of the Sweeper, the main threat here is the Sentry Launcher hiding behind it. Left on it’s own, Full Salvo can deal some nasty damage while also interrupting you, allowing the Sweeper to cause more harm. Make use of Thundara to scrap it as soon as possible and then keep up with the Thundara spells against the Sweeper, Aerith’s high Magic stat will make quick work of it.

Your reward for this tournament is Telluric Scriptures Vol. II which will raise Aerith’s SP by 10.