This optional Shinra Combat Simulator is another one that shouldn't cause too many problems at this stage of the game, you'll have any two characters up against an assortment of enemies and due to many of them being airborne ones, consider taking Barret as one of your characters. To make life easier for yourself, slot Elemental-Wind to Barret's weapon and make sure you bring along both Ice and Lightning materia along with the Healing and Revival materia as items are forbidden.

Your first battle is against a swarm of 14 Bugaboos, a battle that is made trivial with Barret's presence. Switch over to him and use Overcharge-Maximum Fury to make quick work of these, alternatively, use the Aerora spell to hit groups of them at a time. Regardless, this battle shouldn't post any threat at all so try to conserve MP if possible.

You'll be up against two Slug-Rays and two Byobapolis and you'll want to take care of the Slug-Rays to begin with as they pose the smallest threat. Make use of Barret's Overcharge-Maximum Fury or simply sling Thunder spells and they'll go down in no time. The Byobapolis will use Thundara themselves and can be easily dealt with Wind spells although Ice will strike their weakness too. Once again, Barret is the most effective character here due to his range.

The next battle will be against four simple Monodrives and two Terpsicolts with the Monodrives being your initial target. If you have Cloud with you, rush in and make use of Triple Slash to cut them down to size so that you're only left with the Terpsicolts. The largest threat here is the Whirling Barbs ability, once they start spinning, stop attacking and use Ice spells to inflict Stagger. 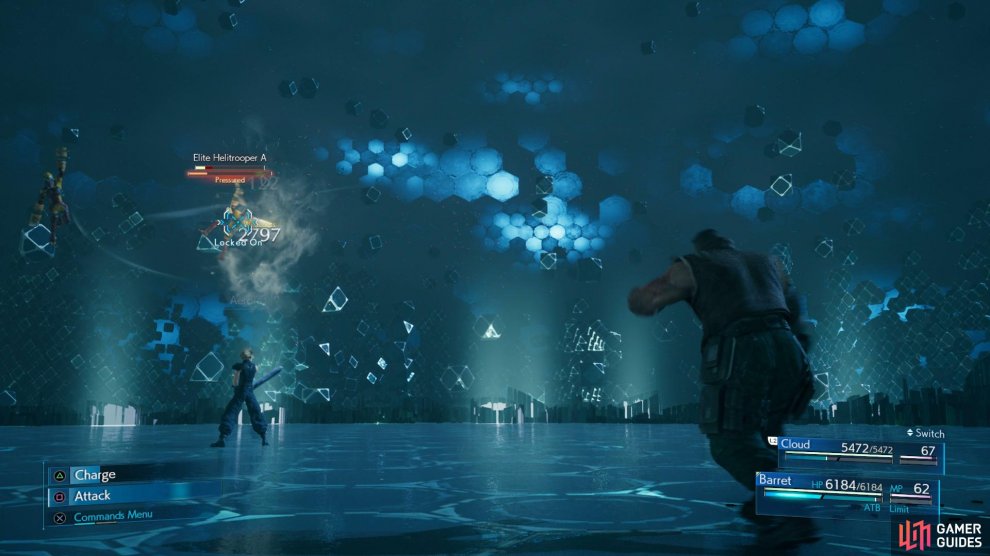 The fourth round is against two Elite Helitroopers and the difficulty lies in your setup. Should you have Wind materia and Barret in your party, then you'll make quick work of this battle, otherwise expect a frustrating one. Use Barret's Overcharge-Maximum Fury combo to strike them while they're in the air and use Aerora spells with your other character to knock them out of the sky and inflict Stagger. 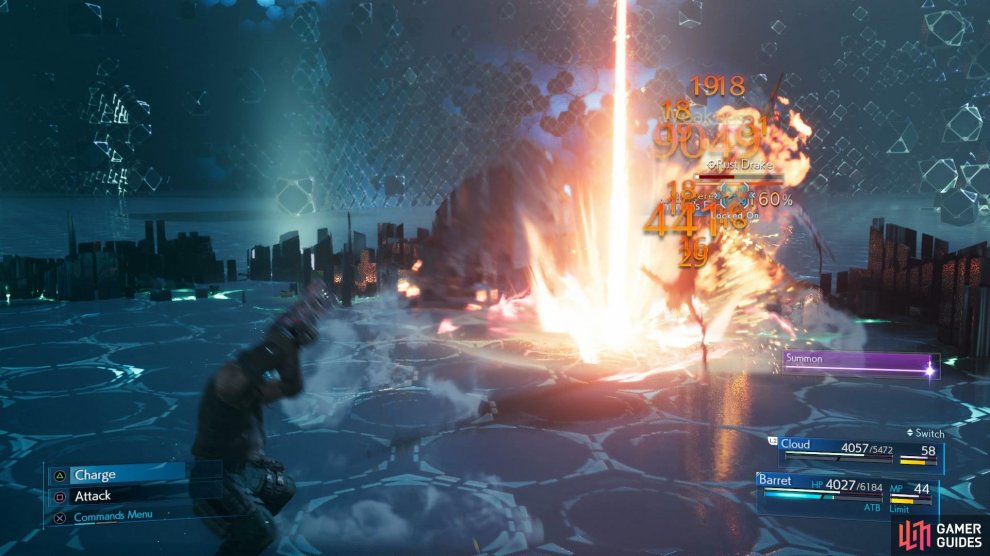 The final battle is against a deadly Rust Drake, a foe that will use Gravity to inflict massive damage to the party. You'll also find that it will use Black Hole to pull your characters in so try to keep them spread out and use Aerora and Barret's Overcharge-Maximum Fury combo to deal damage to it. You have some time when it begins casting Gravity so take the time to continue striking it to inflict Stagger and dispel it, making the battle a lot more manageable and allowing you the time to get off Infinity's End should Cloud be with you.