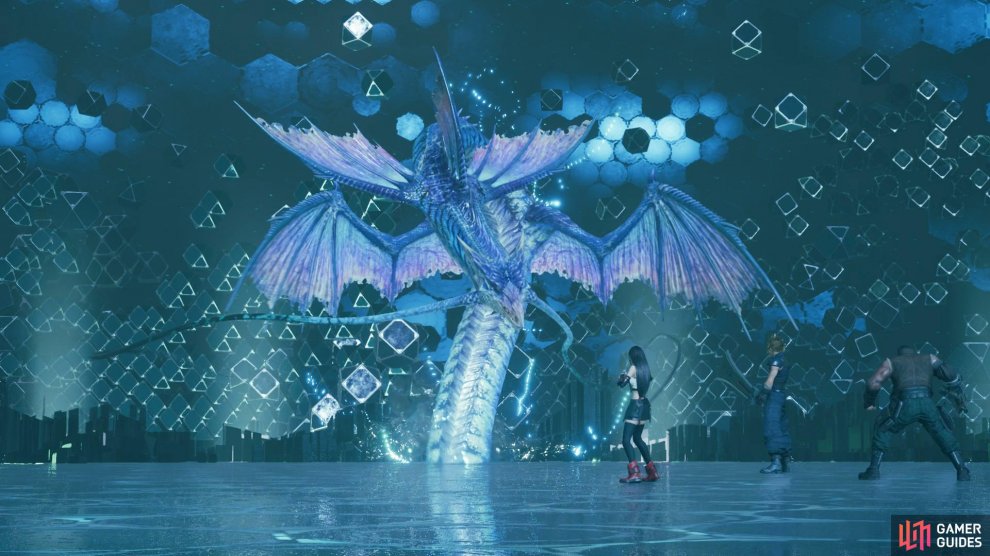 Note: Leviathan is first available at Chapter 13 but it will be far more difficult if you attempt it then instead of waiting for Chapter 14.

Wutai's god of worship, Leviathan, is the third summon challenge you'll face and it's by far one of the tougher battles in Final Fantasy VII Remake. To begin with, your preparations will need to be more in-depth if you're undertaking this challenge when you first obtain it in Chapter 13 as you'll most likely find yourself around Level 24. This will mean that your HP values are a lot lower unless you have high level HP Materia set to your characters. This is important because Leviathan's Ultimate Attack, Tidal Wave, will hit extremely hard to the whole party for around 3200-3800 HP, this is enough to wipe you out completely unless you prepare for the battle.

To begin with, all of Leviathan's attacks are Magic based and for that reason, you'll want to stack Magic Defense as much as possible. What's more, you'll want to focus primarily on Barret as he has the greatest chance of surviving the attack with Steelskin and Lifesaver. If you have the funds for it, Sorcerer's Armlet is the ideal Armor for this battle (at the very least, purchase one for Barret) and then equip Gothic Bangles or Mythril Armlets on the other characters. If you're swimming in Gil, consider buying Timeworn Talismans for your accessories, otherwise stick a Champion Belt on Barret to extend his HP even higher. 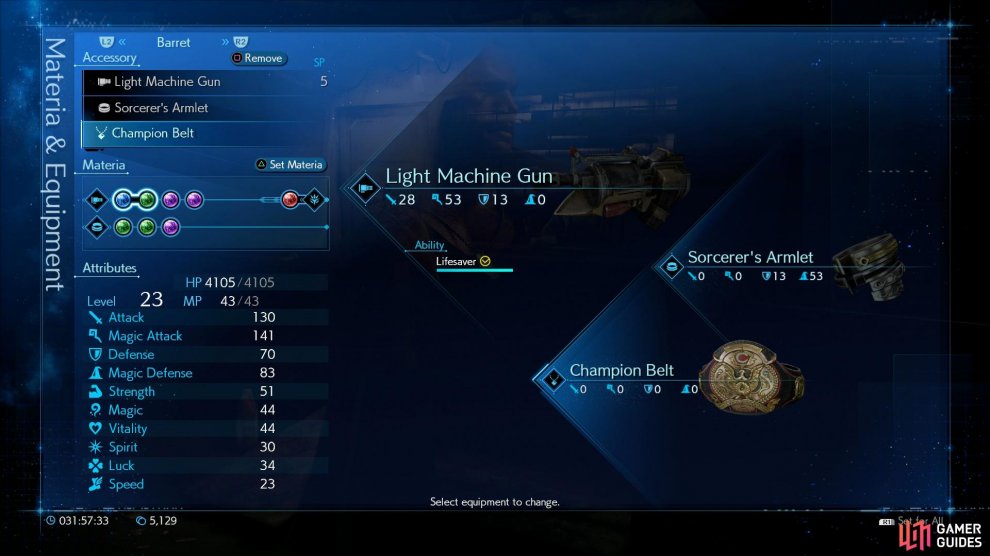 For your Materia setups, assign Elemental-Lightning to Barret's weapon while slotting Magnify-Manaward (at Rank 2) on whoever has the next highest Magic Defense. If you don't have Manaward at Rank 2 then consider Magnify-Healing instead to help with healing duties. Attempting this at Chapter 13 without Manaward Rank 2 may prove to be too much if you can't raise your HP above 4000 so if you're struggling to survive Tidal Wave still, consider waiting until later before attempting Leviathan.

As mentioned above, Leviathan is by far the most challenging battle you've fought and if you're fighting Leviathan as soon as you're able to, you should expect a long and difficult battle. To begin with, Leviathan is resistant to Magic damage meaning that although it's weak to Lightning, it won't do much damage due to it being magical. What's more, Leviathan will spend a lot of the battle out of reach so Barret is even more effective at being able to strike without pause.

All of Leviathan's attacks are Magical in nature so this is where the extra Magic Defense comes into play. Briny Bellow is usually the ability it will start with, Leviathan will spew a sweeping water laser that will knock over anyone in it's path. You'll find that he will use this more often when you're at range with Barret so be sure to guard the blow when it comes. He'll also dive into the ground at will, either to take up another position closer to your current attacker or to use Spinning Dive, this will see him hurtle himself towards your currently controlled character so once again, guarding is the best policy here. Finally, he can also use a lesser Spinning attack from the ground that functions like a lesser Spinning Dive but without the warning.

Once you see Leviathan ready Aquatic Focus, this is your cue to quickly heal up to full and ready both Steelskin and Lifesaver with Barret if possible. If you have Magnify-Manaward, this is also the time to cast it as shortly after Leviathan has finished charging up (this can sometimes take two uses of Aquatic Focus), it will unleash its ultimate attack, Tidal Wave which will hit the entire party for massive damage. This is where your Magic Defense and HP total comes into play as it can do well over 3500 HP to unprepared players resulting in an instant wipe. The whole battle comes down to being able to survive this ability. Be sure to heal/revive up after the attack before you return to chipping away at it's HP. With a Magic Defense of around 84 and Steelskin on, Barret will suffer around 2100 HP which is more than enough.

Be sure to aim for the Dorsal Fin, especially with Tifa and Cloud and make use of Overcharge, Focused Shot, Focused Thrust and Focused Strike to drive up the Stagger gauge as much as possible. Once you do manage to Stagger it the first time, put those Limit Breaks to work if you have them available to put a huge dent into its HP. Leviathan stays in Stagger for less time than Fat Chocobo so you'll have to really make your time count here, ignore the lure of Infinity's End as it just takes too much time to get it off.

Leviathan will start the next phase following his Tidal Wave with the Tidal Roar ability, this will see Leviathan take to the skies, occasionally dipping in for a quick sweep before returning. What's more, you'll have to contend with whirlpools in the arena that will damage anyone that gets to close to them. This is where Barret shines however, make full use of his ranged attacking capability while also using Overcharge and Focused Shot. The good news is, Leviathan is far easier to stagger here and it's a good thing too as you'll need to stagger it to force it out of the sky.

Leviathan will return to it's first phase following this next Stagger and the battle will then follow this cycle until you defeat it. Summons are a good shout at this point, especially Fat Chocobo due to it being Non-Elemental and then return to trying to pick off it's HP slowly. No matter what way you look at it, it's going to take a while to deplete Leviathan's HP due to how much it has and how little you deal outside of Stagger. The main threat in this battle lies solely in surviving Tidal Wave, once you know that much, the rest of the battle just becomes a rather long formality.

Once again, your reward for this rather arduous task is the Leviathan summoning Materia.