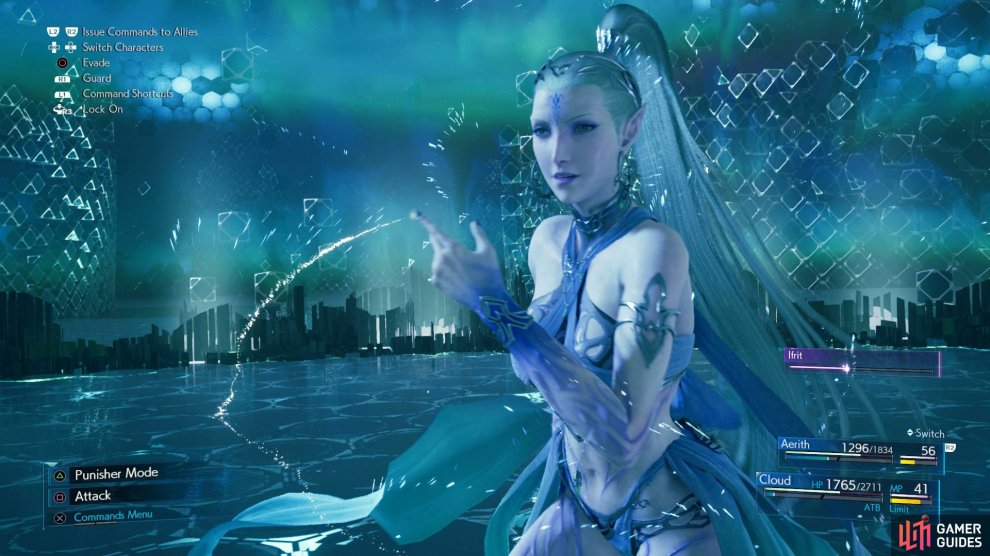 The Lady of Frost is your first step into the challenging Summon Battles in Final Fantasy VII Remake. Before you can even attempt this, you'll need to advance far enough through Chadley's Battle Intel missions and reach Chapter 8 in the story. When this first unlocks you'll only have Cloud available to you and although it's more than doable solo, the smart choice here is to wait another 10 minutes or so until Aerith returns to the party. 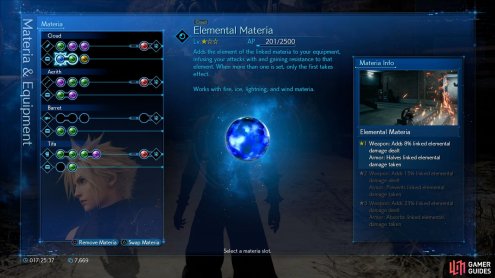 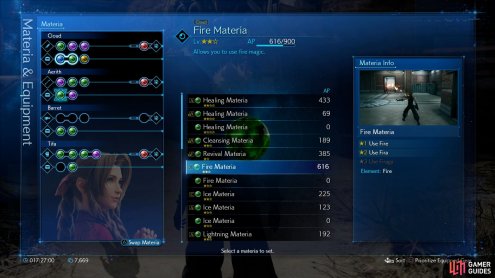 Once the battle is unlocked, equip a Caliginous Bracelet on Cloud (found in the Weapon Shop in the Sector 5 Slums) so that you have a linked slot on your Armor. With this in place, equip the Elemental and Ice Materias to the linked slots to provide Cloud with some much needed resistance to Shiva's Ice attacks (or even outright prevent it if you've leveled it up already). As you can also imagine, being the Ice Queen, Shiva is weak to Fire so be sure to set Fire Materia to both Cloud and Aerith (giving the superior one to Aerith if possible). Finally, you'll also want some Healing Materia on Aerith if you don't already have so.

With a little preparation, Shiva is less daunting than she may seem if you go charging in blindly with Cloud alone. To begin with, you should be shielded a little from her Ice attacks, of which all of them are. Shiva will attack from distance with Icicles that appear from the air, these can be avoided by simply dodging to the side. She'll also leave a trail of Ice behind her as she moves about the arena, avoid this or you'll take continuous damage.

She'll use both Blizzara and Blizzaga both of which can also be avoided by waiting for her to sling the spell and dashing or rolling to the side, if you are caught in the initial blast, be sure to roll away before the Ice shatters. By far her deadliest ability is Whiteout, a trail of Ice will home in on you and should it strike you, you'll be inflicted with Sleep at which point she'll follow up with Heavenly Strike, dealing massive damage. Seeing as you don't have a way to avoid Sleep at this point in the game, be sure to either Esuna Sleep quickly or fully heal the inflicted party member. This is one of the tougher abilities to avoid and dealing with it is often the difference between victory and defeat so try to stick close to Shiva with Cloud.

As the battle continues, she will streak around the arena making it difficult to reach her with melee due to her Icy trail behind her so resort to Fire attacks here. She'll also start using Frost Familiars here, Icy creatures that will deal minor damage to you while you close in on her, again, range is the best tactic here with Fire spells. Finally, she can use Icicle Impact, a large Ice based Area of Effect spell around her feet, as soon as you see the name above her head, retreat to avoid it. Once you bring Shiva down to around 1/3 of her HP, she'll use her ultimate, Diamond Dust, there's nothing you can do to avoid the impact so make sure you're healed sufficiently and heal up again shortly after the attack has finished.

Most of Shiva's attacks are all from distance and as such, keeping close with Cloud while dodging around her in a circle will allow you to avoid most attacks. Aerith can provide support via Cure and then make full use of Arcane Ward followed by Fira to deal massive damage to her. Once staggered, use Braver to deal huge damage to her while Aerith continues to attack with Fire. Finally, once the opportunity arises, call upon Ifrit's aid, with him summoned, both Radiant Plume and Crimson Dive will deal huge damage to Shiva, not to mention Hellfire should Shiva last that long.

Shiva isn't an overly difficult battle and serves merely as an introduction to these battles. Learn to avoid Whiteout by sticking close to her and you'll take her down in no time at all, receiving the useful Shiva Materia as a reward.