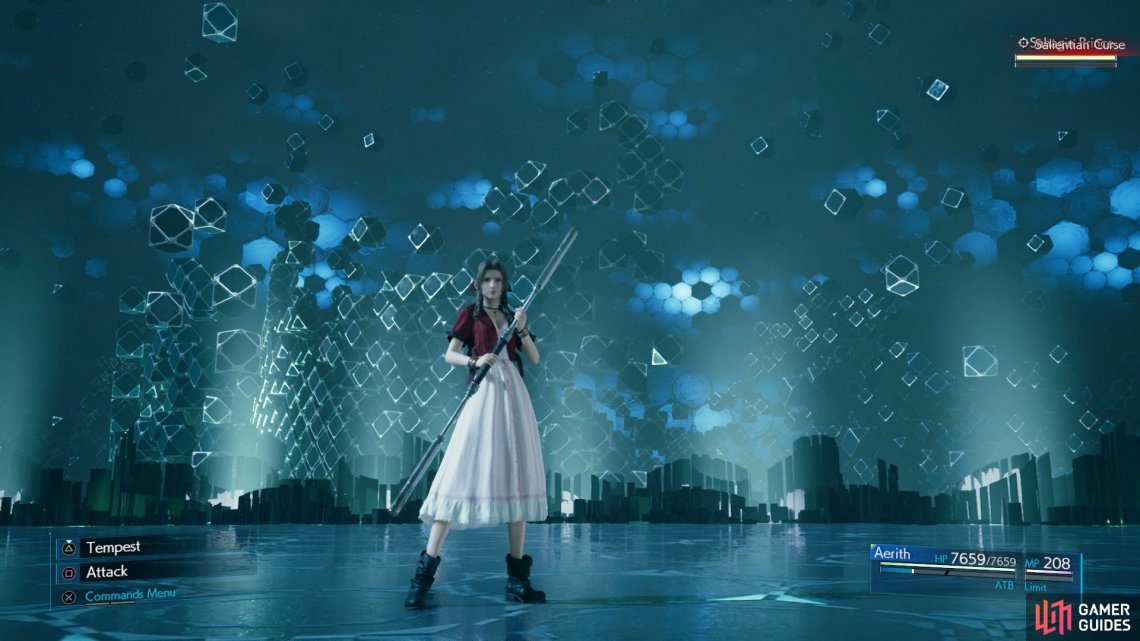 One of the better Weapon Abilities in the game and the best when it comes to spell casting. Aerith will leave a large Ward on the ground and anybody who casts magic while standing on it will see their spell cast a second time, making it extremely lethal against enemies with a magical weakness.

Like most of the party’s default weapons, Guard Stick is a balanced weapon that can perform most tasks well enough but doesn’t shine so much against the other weapons available to Aerith. You’ll get get above average Magic Attack Power and there are a few useful abilities such as Reprieve and Healing Spells MP Cost Reduction 20% but for the most part, you’ll want to switch weapons once you obtain the newer ones.

When spending your SP on the Guard Stick always focus on Materia Slots followed by the Magic Attack Power upgrades. As soon as you’re able to pick up both Healing Spells MP Cost Reduction 20% and Reprieve make sure to do so before working on the MP+ upgrades.