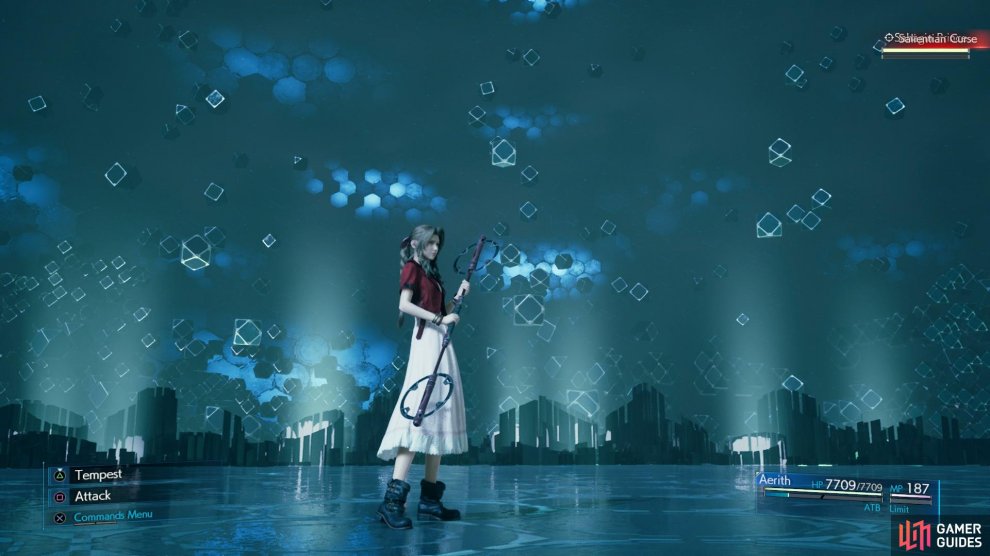 This is a unique weapon ability that has the power to increase the Stagger % similar to Tifa's chi combo and True Strike. Using this in conjunction with Tifa's abilities is a useful way of achieving over 300% (and unlocking the Trophy in the process). The downside to this ability is that it costs two ATB charges and it has a rather slow wind-up and can be easy to miss an enemy unless they're Staggered.

When spending your SP on the Mythril Rod focus on unlocking all of the Materia Slots followed by every Magic Attack Power upgrade. Following this, be sure to nab the Magic 20% Boost with Full MP skill along with Bloodsucker before you focus on the lesser stat upgrades such as HP.