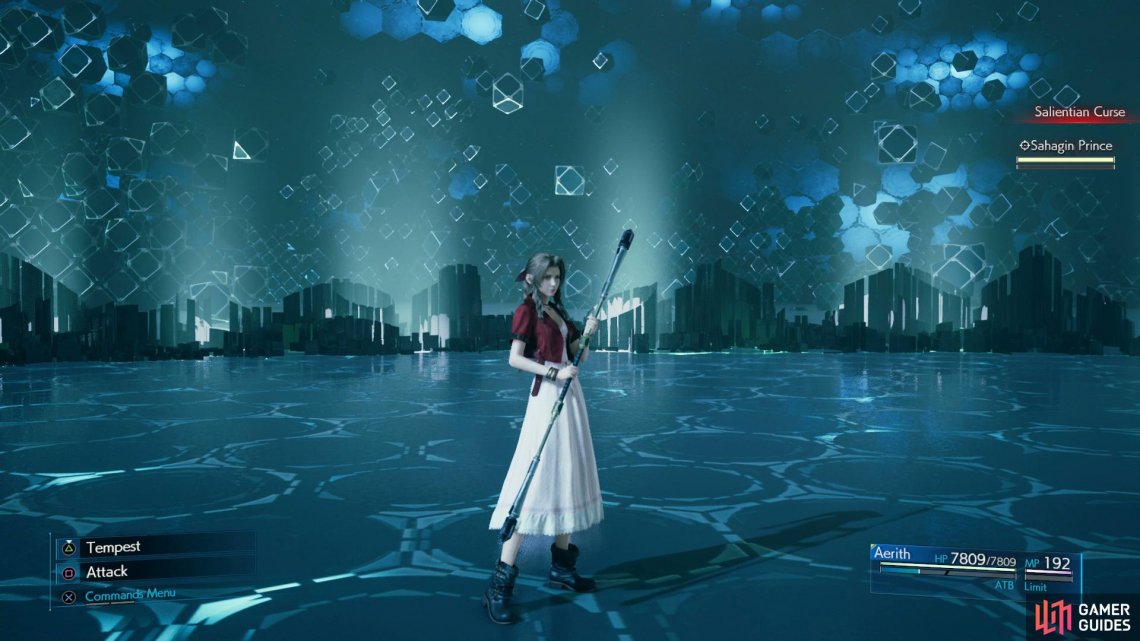 This is an ability that requires a specific setup to get any use out of it. When used, Aerith will place a ward on the ground, allowing characters to leech some ATB from Aerith when using actions on top of the ward. For most situations, this is never worth using over Arcane Ward which offers more utility across the board.

For being a final weapon, the Reinforced Staff is a little disappointing mainly down to the fact that it seems to be more of a balanced weapon. Its Magic Attack Power is not above the Mythril Rod and the Silver Staff has much more useful skills than this weapon meaning that it’s hard pressed to find a place for it. You will still get Reprieve here which is always useful and there are some useful critical abilities but for the most part, the Mythril Rod and Silver Staff excel over this in every way.