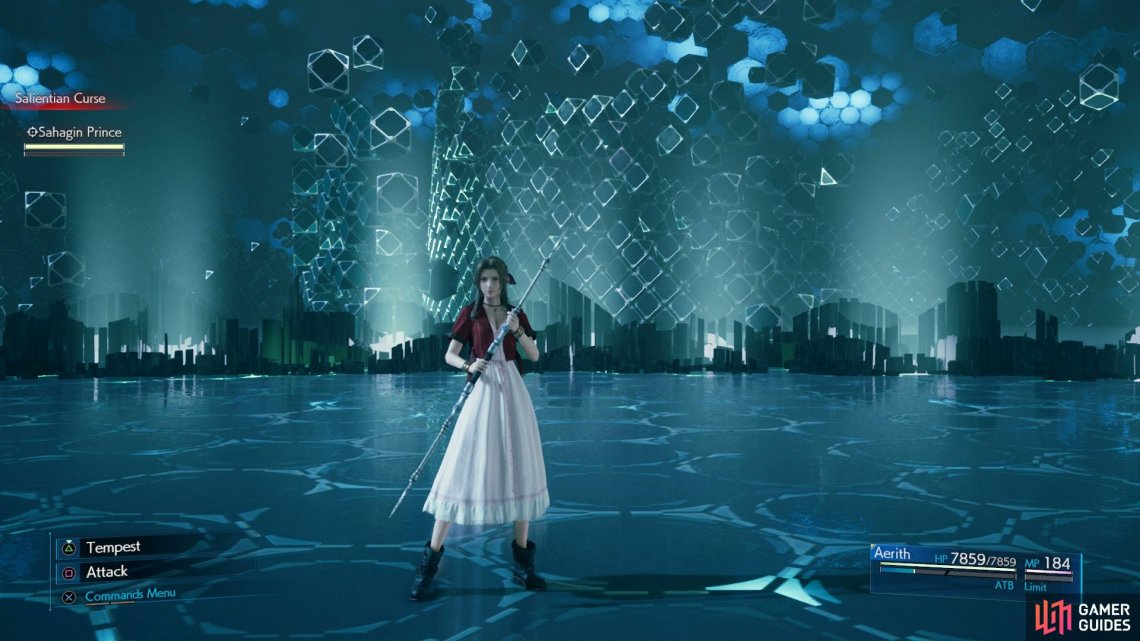 This is a Weapon Ability that is more useful earlier in the game and its damage is based off your Magic Attack stat. Aerith will unleash a storm of magical energy around her, dealing massive damage. The issue with this ability is for the most part, you don’t want Aerith to be surrounded in the first place and also that her ATB is better spent on casting or the better Ray of Judgment.

This is an excellent weapon and the one we suggest most players use on their Hard Mode playthrough. It’s final Magic Attack Power may be a little lower than the other weapons but it features all of the best skills for Aerith in one package. MP Regeneration 50% Boost is a must and you can reduce the cost of all Aerith’s spells with the two Cost Reduction skills while Reprieve is here to act as a safety net.

When spending your SP on Aerith focus on the Materia slots as usual and then work on unlocking the useful skills, especially all of the ones featured in Sub-Core III after you snag MP Regeneration Boost.