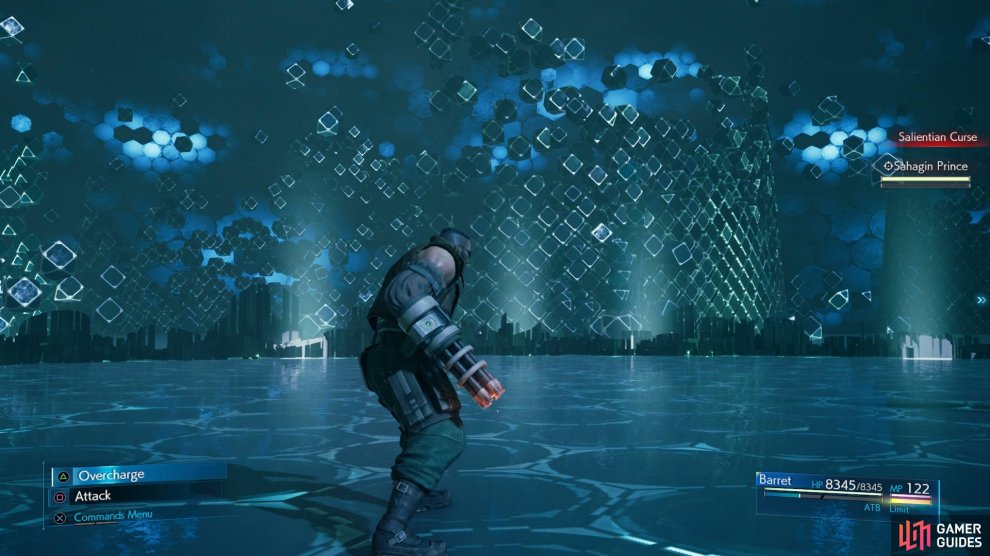 Like most of the Focused abilities in this game, this will deal heavy Stagger damage to a target and is best used when an enemy is Pressured. Try to save up two ATB charges before using this for increased effect, for many enemies this will instantly Stagger them.

As far as default weapons go, Gatling Gun is a rather balanced weapon but it focuses more on increasing your base stats. Overcharge Damage 10% Boost is a useful early ability to unlock however the final Weapon Level's skills are rather unremarkable, instead focusing on unlocking the rest of the Materia slots.

When spending your SP on the Gatling Gun look to purchase the ability mentioned above and then focus on Defense, Magic Defense and HP upgrades for Barret, enhancing his role as a tank.