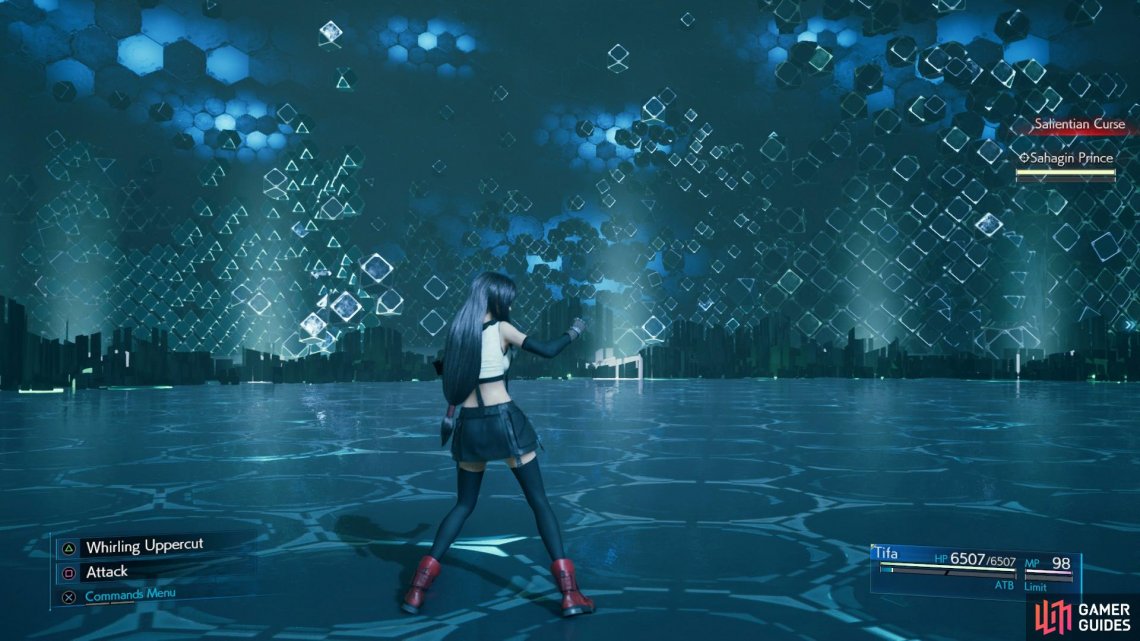 This is one of Tifa’s better abilities and one that is well worth adding to a Shortcut. There’s no wind-up and Tifa will slide towards an enemy from a decent range, allowing you to keep up with retreating enemies. What’s more, it has a chance to Pressure enemies, allowing you to follow up with the Focused abilities.

This weapon is by far Tifa’s hardest hitting weapon with more Attack Power upgrades than you’ll ever need and as Tifa’s role is one of damage dealing, this is up there with Purple Pain as her best weapon. The weapon doesn’t get much in the way of interesting skills and does lack Reprieve but sitting at 164 base Attack Power once all the nodes have been unlocked is nothing to scoff at.