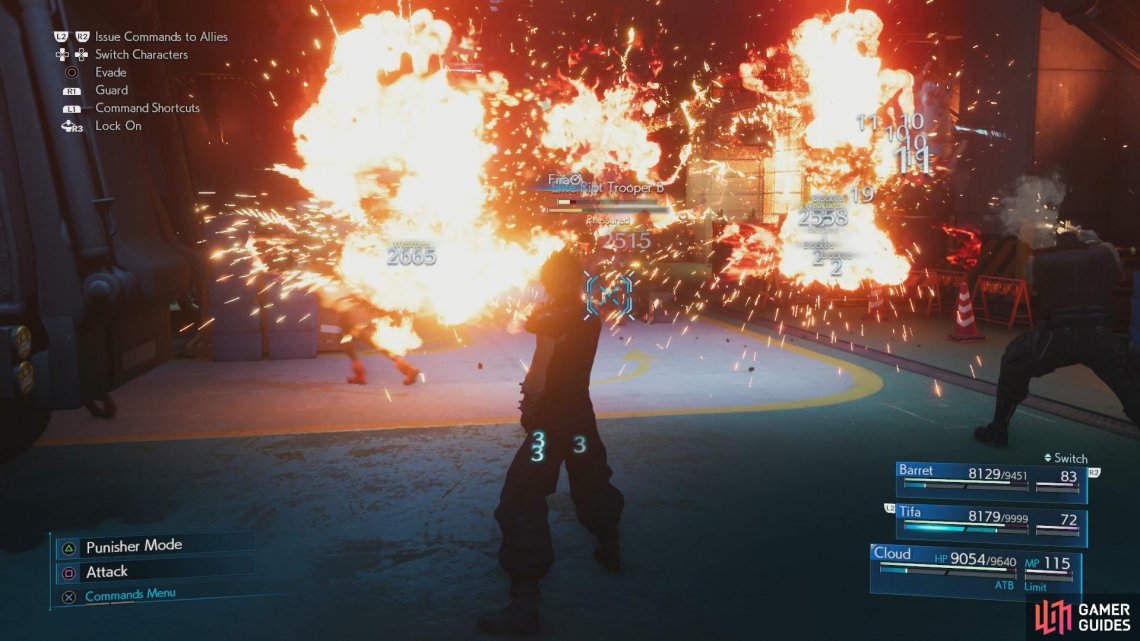 (1 of 2) Once again, Fira + Magnify will get you through most of the fights in this chapter. 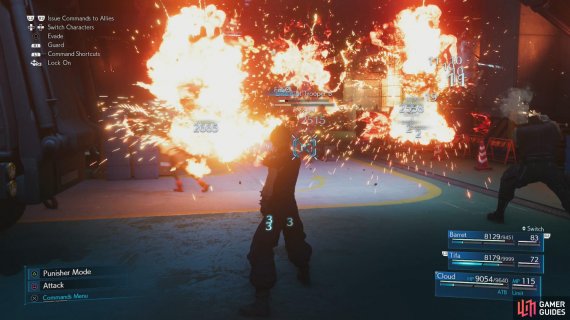 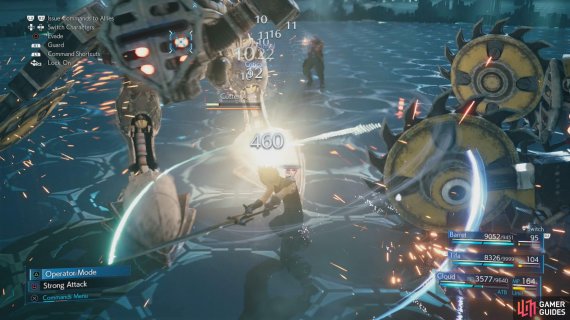 Once again, Fira + Magnify will get you through most of the fights in this chapter. (left), After the garage, your next battle is the “Three-Person Team vs. Mayor Is Best” VR battle, which is actually not in Hard mode. (right)

Quite possibly the easiest chapter in the game… at least the easiest since Chapter 2. Make sure you’re equipped to blast Shinra troopers (Fire + Magnify, Fire + MP Absorption) then proceed to the garage, where a series of running battles will occur. This section isn’t dissimilar to Chapter 15’s running battle with Shinra troops, and they can be dispatched just as easily with Fira + Magnify. These battles are as follows:

Against the 3-C SOLDIER Operators you may need to resort to two blasts of Fira and/or follow up with significant attacks by other characters to finish them off, but largely Fira + Magnify spam will get you through. After all that fighting we had expended a total of 9 MP with Cloud and 11 with Barret (the latter used a Curaga to heal everybody up), which is hardly anything considering the garage accounted for almost all the fights in the chapter. After this you need merely go through the Shinra building, which is mostly just a matter of walking around and skipping cutscenes. If you want to ignore even more fights, use the stairs, not the elevator. 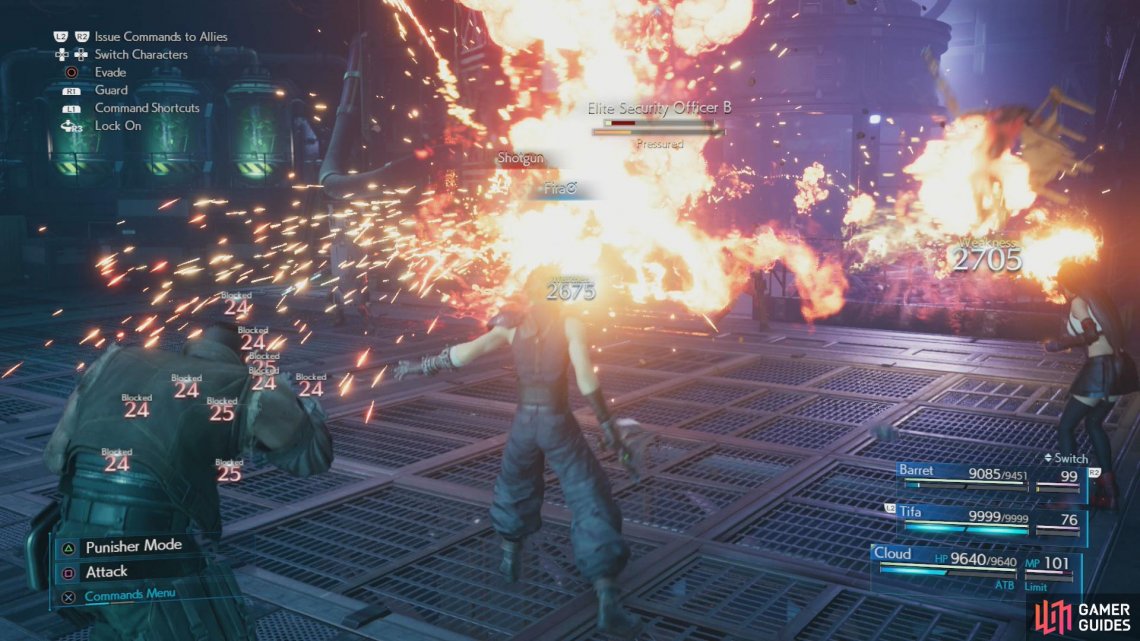 (1 of 4) Defeat the first batch of troopers Hojo throws at you with Fira + Magnify.

After this, chapter 16 is all but over… but the marathon that is chapter 17 lies ahead.