This is perhaps the longest, most difficult chapter in Hard difficulty, as you've got a gauntlet of battles with relatively obnoxious foes, after which you'll have to face four bosses in a row - the last two of which you won't have any opportunity to rest. Suffice to say, you'll need to manage your MP wisely in this chapter, even if it means you take a somewhat unprecedented step by running back to rest benches to conserve MP regularly. Also, you'll be in charge of all four characters at various points in this chapter, and while switching out materia is a nuisance you'll need to do, having a working set of materia on everybody will mitigate this and allow you to focus on swapping key materia to deal with specific threats - Elemental, Magnify, etc.

Chapter 17 also presents a unique opportunity: since you have, as mentioned earlier, access to all four characters for the first time in Hard difficulty as well as having access to the Shinra Combat Simulator, now is a fine time to attempt these battles. Their difficulties aren't universally affected by Hard difficulty (although some are only available in Hard difficulty) and whatever resources you expend are not kept outside the simulation. Assuming you completed all the Underground Colosseum battles, all the VR simulation battles and work your way through the Shinra Combat Simulator you'll be able to tackle the "Three Person Team vs. Top Secrets" battle, which will reward you with the Gotterdammerung should you emerge victorious. It'll make this chapter much, much easier, as you'll be able to just spam limit breaks to get past most mobs, not to mention shorten boss battles. It's also worth noting you have chapter select, so you could have done this at any time in Hard difficulty, provided you met the requirements.

The strategies provided in this chapter will assume you do NOT have Gotterdammerung, however you can usually just replace all nuance with limit break spams should you actually possess it. Strategies for unlocking and completing the "Three Person Team vs. Top Secrets" battle can be found on its own dedicated page should you desire to make the attempt.

Finally, before you get started it's also worth noting that you should save frequently. You can't use items in Hard difficulty, but nothing says you can't save scum should a battle turn out... less favorably than you'd like. 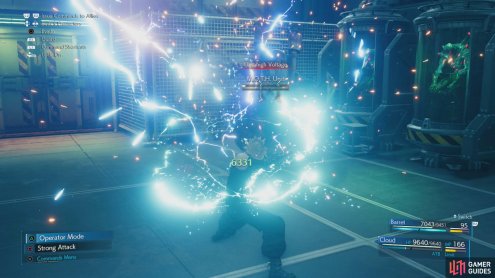 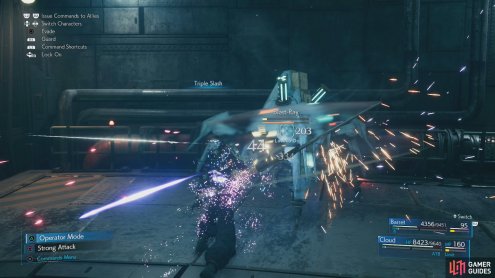 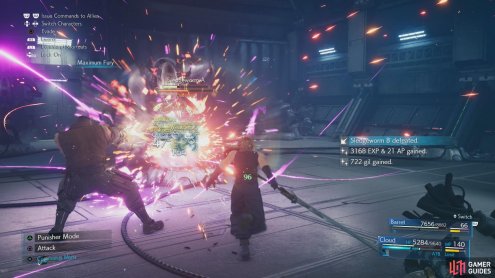 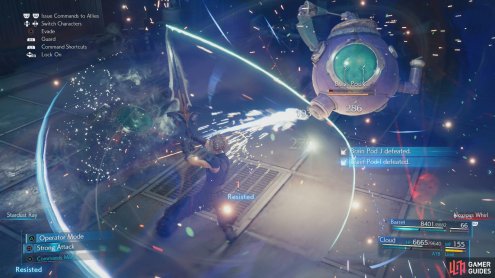 With all that done, you're most of the way through the battles in the chapter - in fact, Unknown Entities are the last non-boss battle you'll be forced to have in Hard difficulty. Small consolation when there are still six more boss battles left in the game, four of which you'll need to defeat to make it to the end of this chapter.

After Swordipede you'll shortly find yourself at the elevator leading out of Hojo's laboratory, where you'll quickly find yourself at the next boss. If you want to keep exploring the lab, you can save and reload to respawn Shinra Boxes should you desire to recover lost MP. Just be wary that enemies will respawn, and if you end up expending MP to defeat them... well, it's not really cost effective, is it? If you're in good shape, however, advance up the Shinra building.