Chapter five is a bit of a change of pace. It’s not really any more difficult than previous chapters, but for the first time in Hard difficulty (assuming you’re playing along chronologically) you’ll have a full party… eventually. Your enemies, while not difficult, are varied, and you’ll face foes weak to lightning, fire and ice in this chapter. Most of these foes (with few exceptions) can be defeated with a single cast of base elemental magic, so having a magic-focused (Magic Attack 300+) Cloud with Magnify Materia will simplify things considerably, but you’ll need to have fallback elements equipped and be willing to swap out materia as needed. 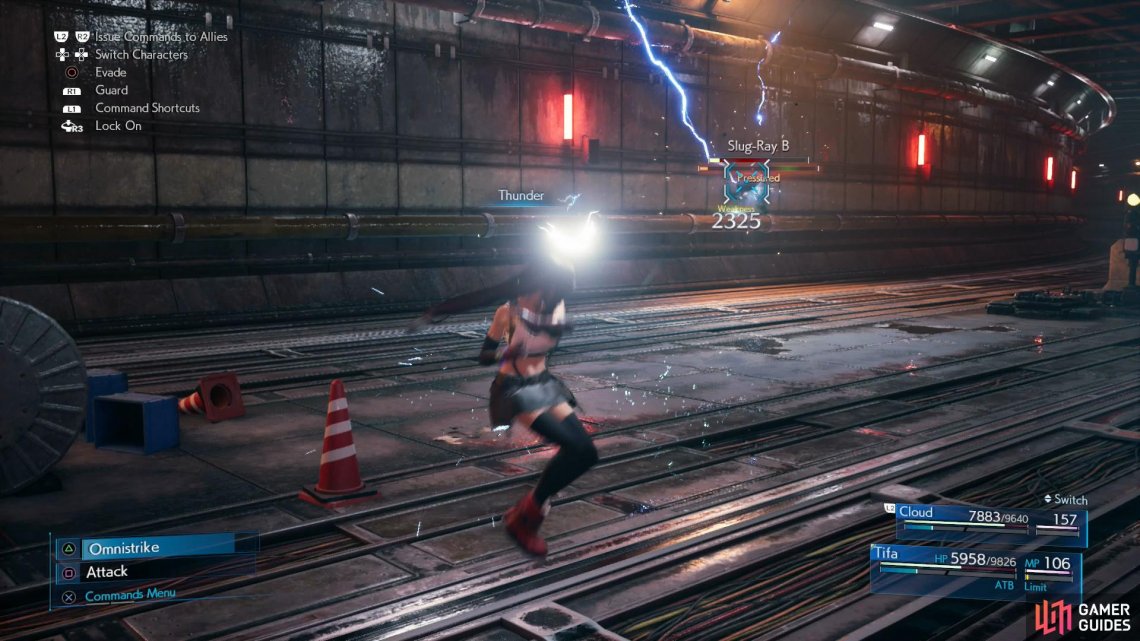 (1 of 2) The enemies in this chapter are varied, but targeting elemental weaknesses should get you through just fine. Thunder will make short work of Slug-Rays, 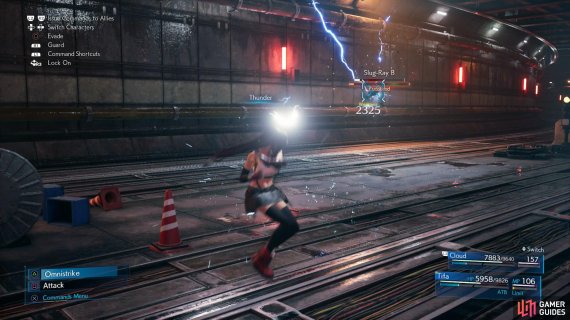 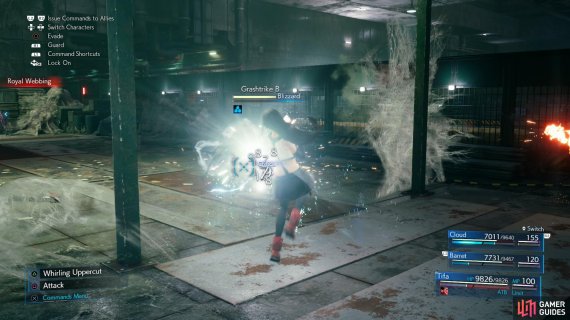 The enemies in this chapter are varied, but targeting elemental weaknesses should get you through just fine. Thunder will make short work of Slug-Rays, (left), and Blizzard will dispatch Grashtrikes. (right)