You’ll pick up this quest in Chapter 14 after hearing Kyrie’s speech in the Sector 5 Slums so long as you have completed the Kids on Patrol quest back in Chapter 8. You’ll spot Ms. Folia standing near the Item Shop looking for assistance in tracking down the troublesome children again.

Note: Be sure to have the Subversion Materia set on someone, the Breach spell will be useful for the battle to come. You’ll also want to set Enemy Skill materia if you wish to learn a skill from the same enemy. 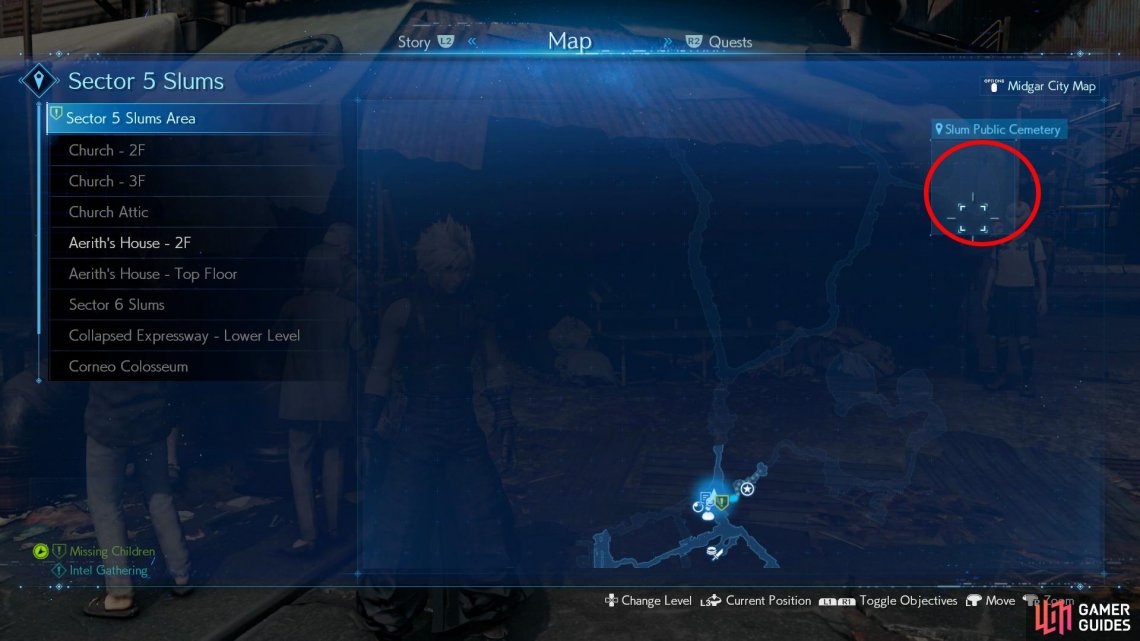 You’ll find Oates in the Cemetery to the northeast.

Fortunately, there’s only one child you’ll need to track down, Oates, and you can find him by making your way to the Slum Public Cemetery found to the northeast of the Sector 5 Slums. You’ll find Oates all on his own and shortly after speaking to him, you’ll be thrust into battle.

You’ll be up against two Phantoms, deadlier variants of the Ghosts you fought back in the Train Graveyard. To begin with, if you have someone with Enemy Skill set on them, you’ll be able to learn the Spirit Siphon ability whenever the Phantoms use their Essence Drain ability. This is an especially deadly ability that will inflict continuous damage to anybody standing within it’s range so be sure to have someone on hand to heal you if you’re going for the Enemy Skill. 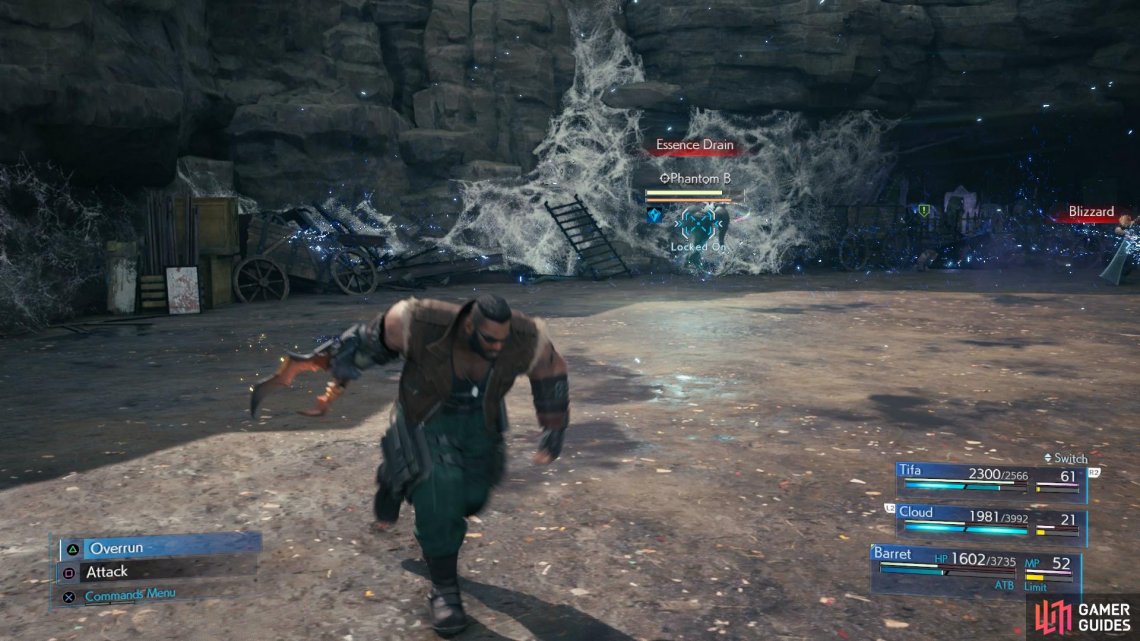 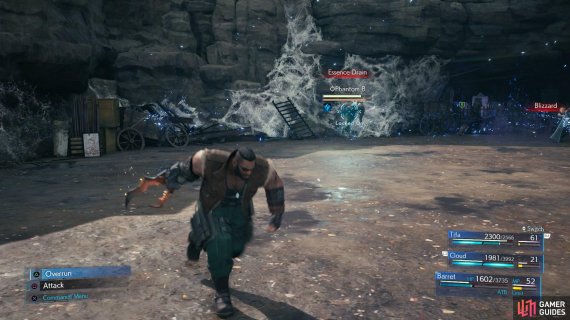 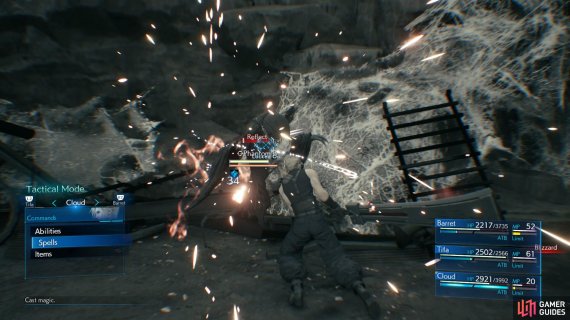 You can learn Spirit Siphon from the Essence Drain skill with the Enemy Skill materia (left), be sure to use the Breach spell once it uses Reflect. (right)

Like the Ghosts before them, Phantoms are weak to Fire and resistant to Ice but to make matters trickier, Phantoms will cast Reflect on themselves once you use magic a certain number of times. This is where the Breach spell comes into play, if you use this to remove Reflect you’ll be able to stagger them much easier while continuing to sling Fire spells at them. Phantoms will also disappear at will and then appear behind you to use the Frozen Claw ability, inflicting significant damage so be to keep moving if they disappear on you. The battle will become a lot more manageable once you manage to take one of them down.

Following your victory, the kids will return and you’ll obtain the ever useful Time Materia for your troubles.