You’ll pick up this quest in Chapter 8 after helping out the kids with Aerith in Specter St. Head over to the Leaf House Orphanage found to the northwest of the Central District, here you’ll find Ms. Folia who’s looking for the kids still out on patrol and tasks Cloud and Aerith with seeking them out and asking them to return for their lessons. 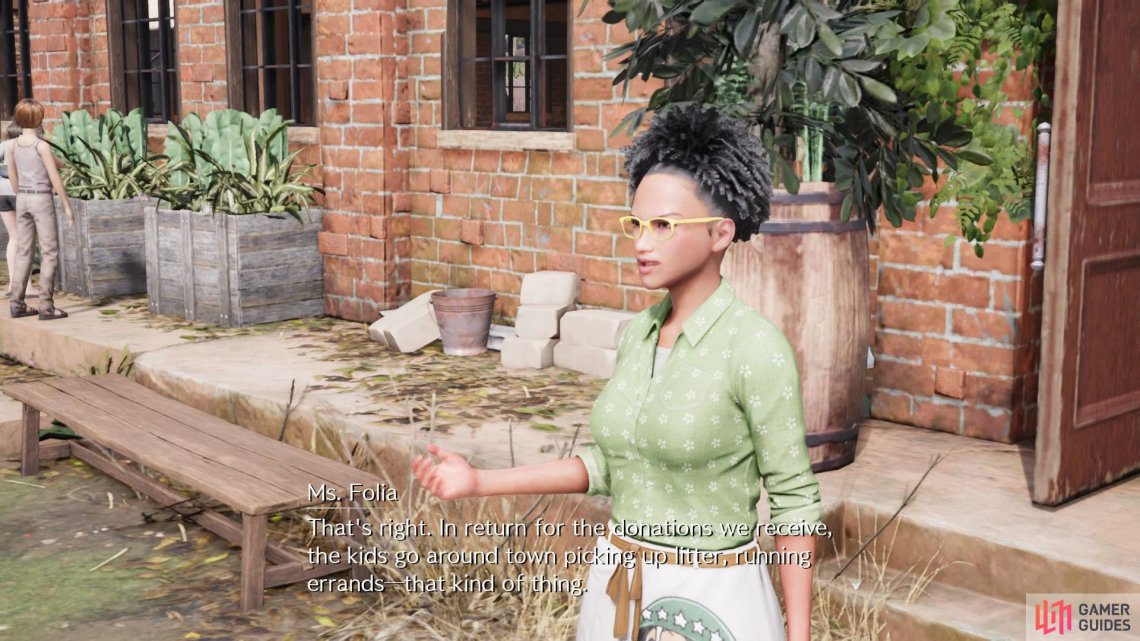 Ms. Folia can be found standing outside Leaf House Orphanage.

This is another Quest similar to Lost Friends back in Chapter 3, you need to scour the Central District and look for children with wooden Buster Swords on their backs. Like before, the map above will show the location of each child but you’ll also find them in the text below: 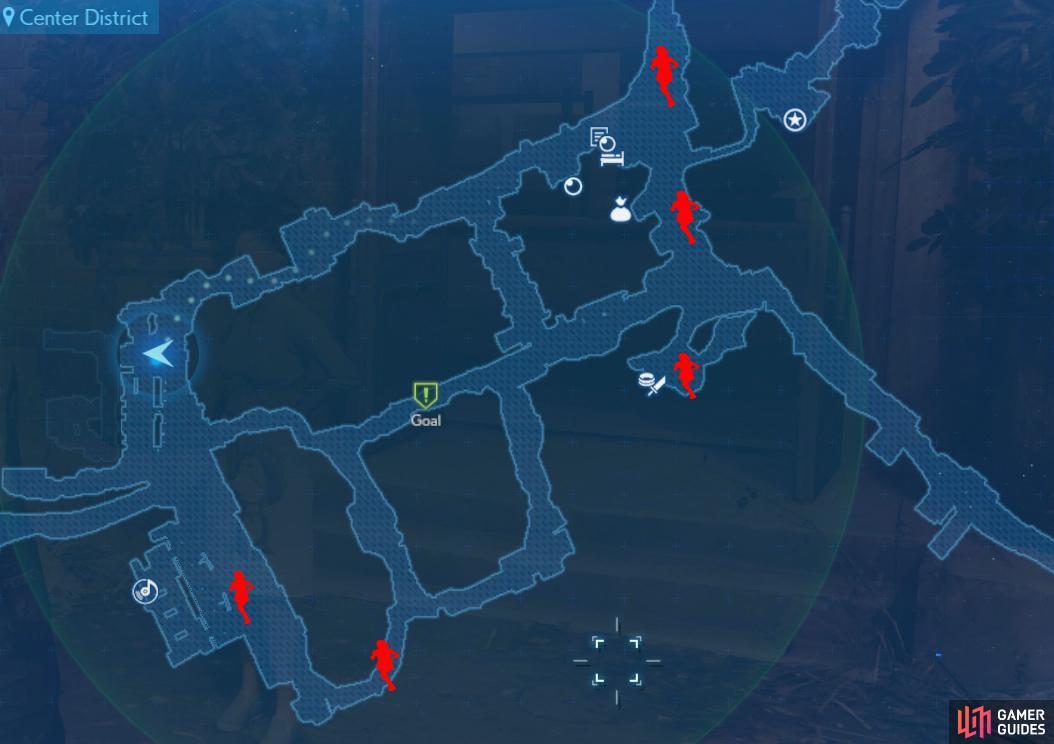 Make your way back to Ms. Folia yourself now to see if the Kids arrived safely. Your task doesn’t end there though, the kids will have one final request of Cloud and Aerith, aid in defeating the Toad King.

Make your way over to the Hideout east of the Item Shop and pass through to Specter St. to begin the search for the elusive Toad King. Make your way through the area and you’ll have to battle many Hedgehog Pies along the way so ready those Ice spells. Once you reach the area that you saved the kids from at the start of the chapter, you’ll run into the Hedgehog Pie King itself.

The Hedgehog Pie King is assisted by two fellow Hedgehog Pies and the difficulty of this battle lies in dealing with these two first, leave them around long enough and their Bounce ability will really deal a lot of damage to them. The Hedgehog Pie King not only has more HP than the others but it has the Protection ability which will grant them the effects of both Barrier and Manaward. Sometimes it will only cast this on one at a time so if he does, target the one without Protection first. Cloud’s Triple Slash is also handy here to attack all three of your foes at once. 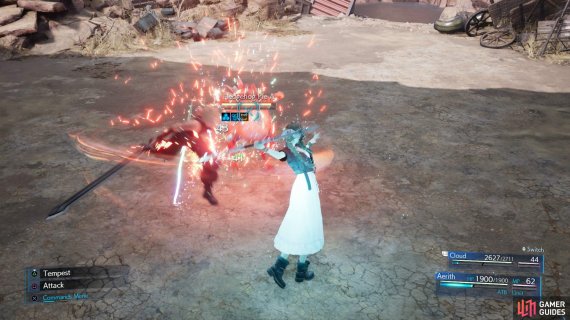 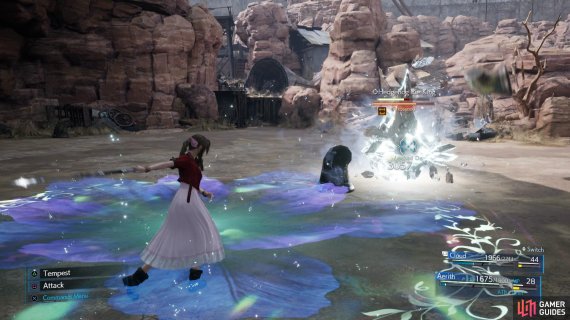 Protection will limit both the physical and magical damage you do to the Hedghog Pies (left), make use of Arcane Ward and Blizzara to make short work of the King. (right)

The King will also use Sweet Dreams to put your characters to Sleep, especially tricky if Aerith is inflicted with it. Finally, it will make use of the Slow spell, this will increase the time it takes to fill your ATB Gauge. It is weak to Ice like the regular Hedgehog Pies so if you can have Aerith cast both Arcane Ward and Blizzara, you’ll Stagger it in no time at all which will allow Cloud to follow up with Braver to bring it to mercy.

Return to the Leaf House following your victory to give the news to the kids and you’ll receive a new weapon for Cloud as a reward, the Nail Bat. What’s more, if this is the first Side Quest you’ve done in Chapter 8 along with the ones completed in Chapter 3, you should have just defeated the third Variant Monster for Chadley’s Battle Intel. Finally, you’ll unlock a new Mini-game back at the Hideout, [Whack-a-Box].

Note: The Nail Bat is a rather unique weapon, with it equipped, Cloud’s strong attack will change to that of a Home Run so be sure to get used to the new timing with the weapon.