You’ll pick up this quest in Chapter 3: after clearing out Scrap Boulevard with Tifa you’ll need to complete the quest Rat Problem, after which this quest will unlock. Talk to Wymer and he’ll give you another job, now that he knows you can handle yourself. Seems like some Shinra mutt is running amok in Scrap Boulevard, and somebody needs to put it down. That somebody is Cloud, of course. Well, Cloud and/or Tifa. 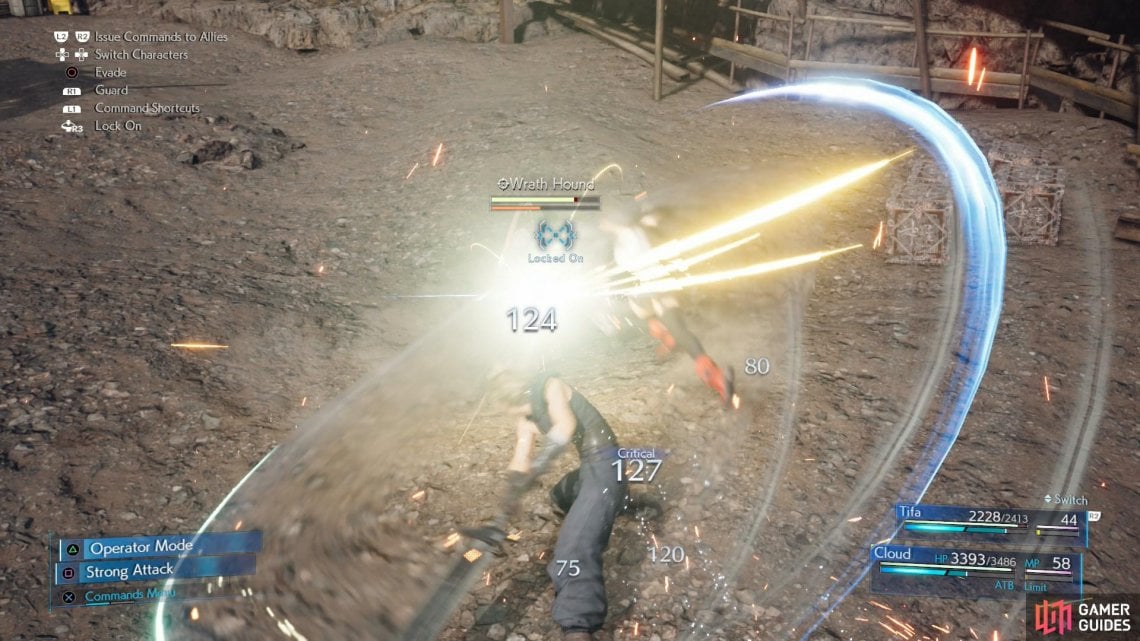 (1 of 3) Attack Wrath Hound when you first encounter it

Head to Scrap Boulevard and make your way to the northwestern corner to find your target, the Wrath Hound. It’s a much bulkier version of the Guard Dog you fought earlier, and its stats have inflated along with its size. That said, this stage of the fight shouldn’t be too difficult - the mutt isn’t showing it’s full strength, and honestly, its heart isn’t in the fight just yet. It’s weak to ice, so you could just use that to whittle down its HP, or you can shift Cloud into Punisher mode, block, and wait for it to attack him to score a potent counterattack. Don’t expend too many resources, however, as the Wrath Hound will flee after being brought down to 2/3 of its HP, although if you can get an ATB segment charged, use Assess to get a gander at its stats - it’ll mitigate any need to do so later. 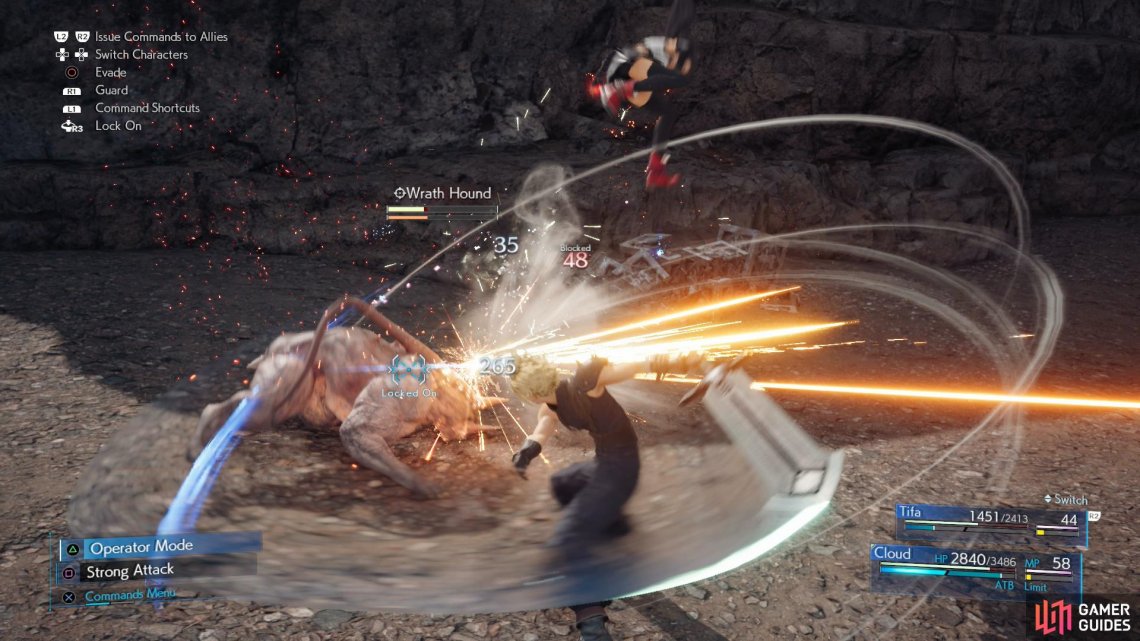 (1 of 3) Use Punisher mode to counterattack Wrath Hound

After its wounded, the Wrath Hound will flee. Follow it east, go through the cave and when you emerge out the southeastern exit Wymer will call you over. Head east to meet up with him and he’ll tell you he corralled the beast in a fenced-in area to the north for you to finish off at your leisure - but the Wrath Hound isn’t happy, so you’d best come prepared. Make sure you have Ice Materia equipped and your HP are in good shape, then head through a hole in the fence to start the second phase of the fight with the Wrath Hound.

This dog is, as Wymer promised, in a foul mood this time around, and will likely go into a rampage at some point in the fight. Most of its attacks - Tentacle Whip and Headbutt, in addition to its normal bites - can be countered with Cloud’s Punisher mode, and such counters are great for boosting the Wrath Hound’s stagger meter. Its Throat Clamp attack, however, cannot be blocked and will inflict Bound on a target. It’s also incredibly difficult to dodge, as the Wrath Hound charges towards its target and has pretty good tracking, all things considered. If it connects - and it probably will - the Wrath Hound will savage its prey for a while, so be sure to immediately switch characters and attempt to free them. Using Blizzard while it’s biting one of your characters is probably a good idea, as it has a high chance to stop the Wrath Hound’s assault, free your other character, and most importantly, while its using Throat Clamp it won’t be dodging.

Keep up the pressure, use Cloud’s counterattacks and Focused Thrust to build Stagger, have Tifa charge her chi when she gets a spare ATB segment or use Blizzard, and when Wrath Hound is staggered unload on it with Tifa’s chi abilities and/or Blizzard spells. When Wrath Hound is defeated, leave Scrap Boulevard and return to Wymer, who should be waiting for you just outside Scrap Boulevard. Talk to him to speculate about the beast and more importantly, to complete the quest. You’ll earn an Elixir for your trouble.