You’ll pick up this quest in Chapter 8 after helping out the kids with Aerith in Specter St. You’ll then need to make sure you complete the Weapons on a Rampage Quest shortly after to unlock this. Head over to the Weapons Shop and speak to the Old Man to learn that he wants to visit his wife’s grave but is unable to due to the monsters that have taken up residence there. Before you can even make your way there, you’ll need to purchase the Graveyard Key from the Moogle Emporium in the Hideout for 1 Moogle Medal.

Before you set off for the Graveyard, be sure to equip a Star Pendant on Cloud to prevent Poison and have Ice Materia set to Aerith. Make your way out of the north exit of the Central District and then go east at the first fork followed by east again at the next to find the previously locked door. Use the Graveyard Key to gain access and then just ahead you’ll spot the three fiends in question. 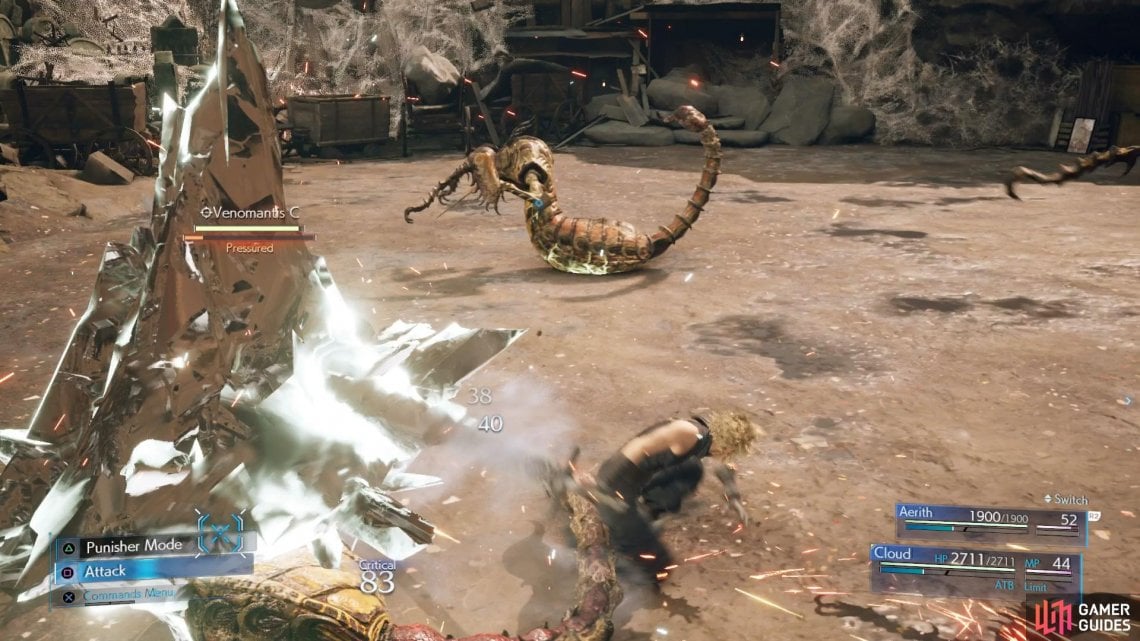 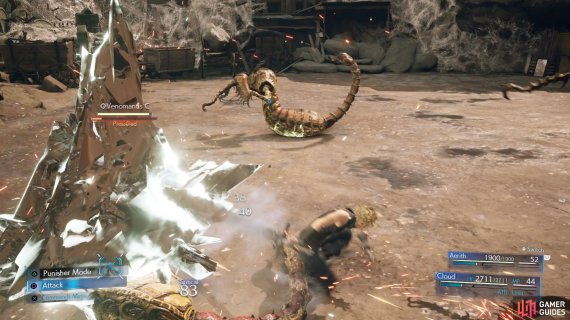 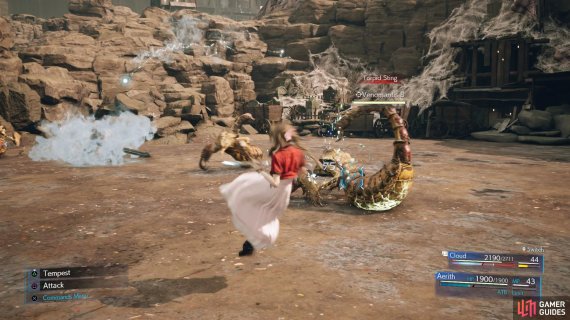 Make use of Blizzara to increase the Stagger gauge (left), be sure to avoid Torpid Sting at all costs. (right)

Venomantis are tricky insects to deal with as they’ll pelt you with Status abnormalities that can cause you to get stuck in a loop of healing rather than dishing out damage. Cloud should be protected from their Poison status but of greater importance is the Torpid Sting ability, this will put the character struck by it to sleep and should you find both inflicted with it, you’ll soon be defeated.

With the Star Pendant on Cloud, you can focus on taking control of him and using Aerith’s ATB charges for either heals or to launch barrages of Blizzara at them to quickly stagger them. Seeing as you’re up against three enemies, Triple Slash also works well here to hit all of the enemies at once. As soon as you see the Torpid Sting name appear however, abandon offense in favor of defense to avoid being put to Sleep. Focus your attacks on one at a time, the battle becomes a lot more manageable once you whittle down their numbers.

With the enemies defeated, Aerith heads off to pray for the Old Man’s wife and then you can make your return to him back in the Central District to receive a Studded Bracer as Cloud attempts some reverse psychology on the Old Man.

Note: If this is the final Quest you had left to complete, you’ll obtain the third possible dress for Aerith later in the game. Completing only half the Quests in Chapter 8 will result in a different dress while leaving all Quests will result in the basic dress. All of these are needed for the Dressed to the Nines Trophy.