You’ll pick up this quest in Chapter 8 after helping out the kids with Aerith in Specter St. Make your way to the exit leading north of the Central District to find a Scared Man looking for help with some Shinra defective armor. 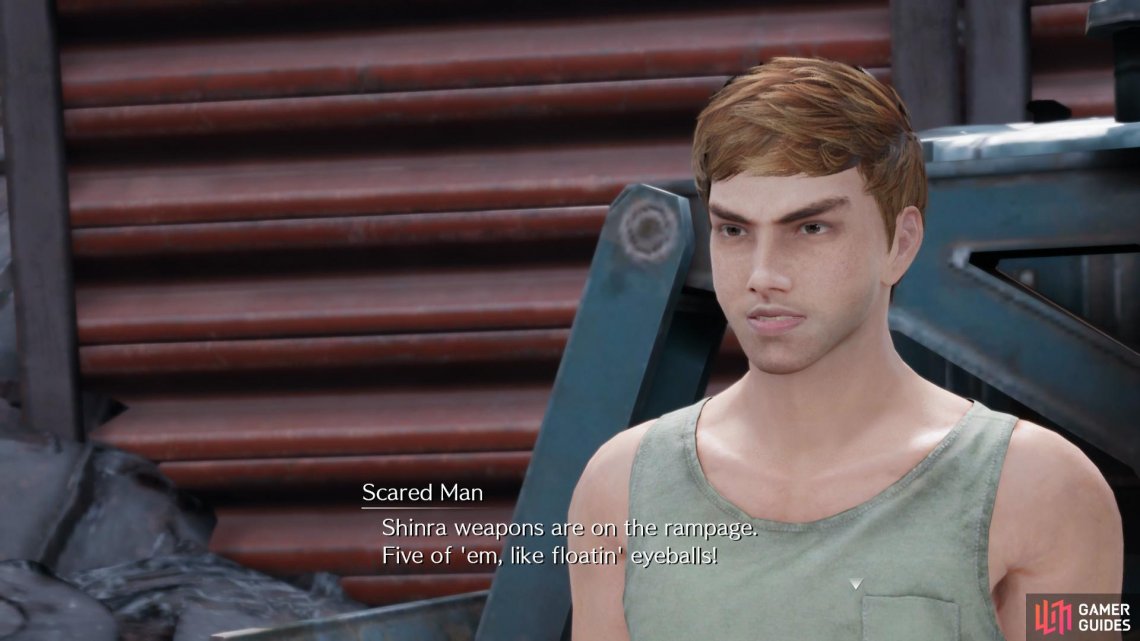 You’ll find a Scared Man just outside the north exit of the Central District.

Make sure you have Wind Materia set to Aerith at least and then begin your search for these Shinra bots by heading north and east at the first intersection. Follow this long path to the next intersection and continue your search to the northwest. As you step through the opened gate, you’ll spot one of these bots fly off so head west and climb the gate to reach the upper platform. From here, you’ll have two paths you can take, start by heading northwest and take the northern path and the fork to reach the first group of enemies.

Mark II Monodrives are tricky enemies that can shift their resistances at will. They’ll also start off being completely resistant to Physical Attacks so switch to Aerith and sling Aero spells at them to break their protective shields. Alternatively, you can just use Tempest from Aerith as this has magical properties too. Once you see a green glow around the enemies, thats your cue to strike them with physical attacks to finish off the job. This aside, these enemies aren’t overly difficult and you can make life even easier by setting Elemental-Fire to increase your defense to their fire related attacks. 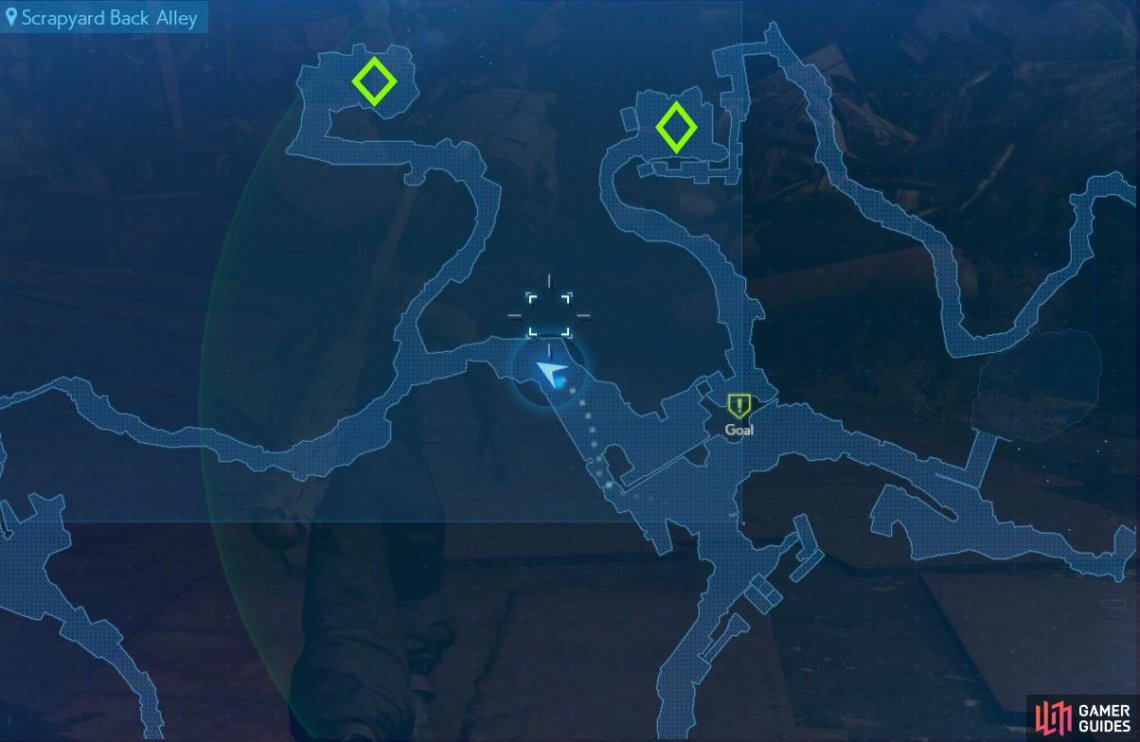 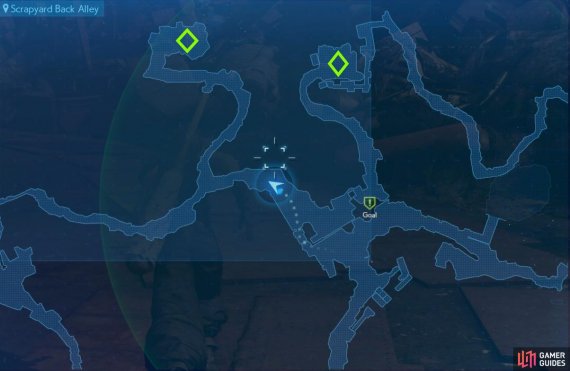 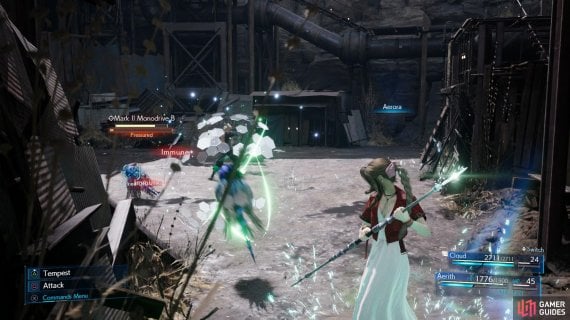 You’ll find two groups of enemies in the following locations (left), use Aerora to break their protective barriers first. (right)

With the first group taken down, smash the nearby Shinra Boxes and then restore your MP via Ethers, you’ll need the MP. Make your way back to where you climbed the ladder to the southeast and this time follow the path to the northeast to eventually locate the second group of Mark II Monodrives. You’ll only have to deal with two this time and you should have enough MP provided you used Ethers beforehand to take them down.

Once you’ve taken down both groups of enemies, return to the Scared Man and inform of the deed, you’ll receive a pair of Protective Boots, these will prevent both the Sleep and Stop status effects, handy for the Shiva battle if you’ve yet to do it. On top of this, the Scared Man will inform you of another person who is in need of help, unlocking the Paying Respects Quest in the process.